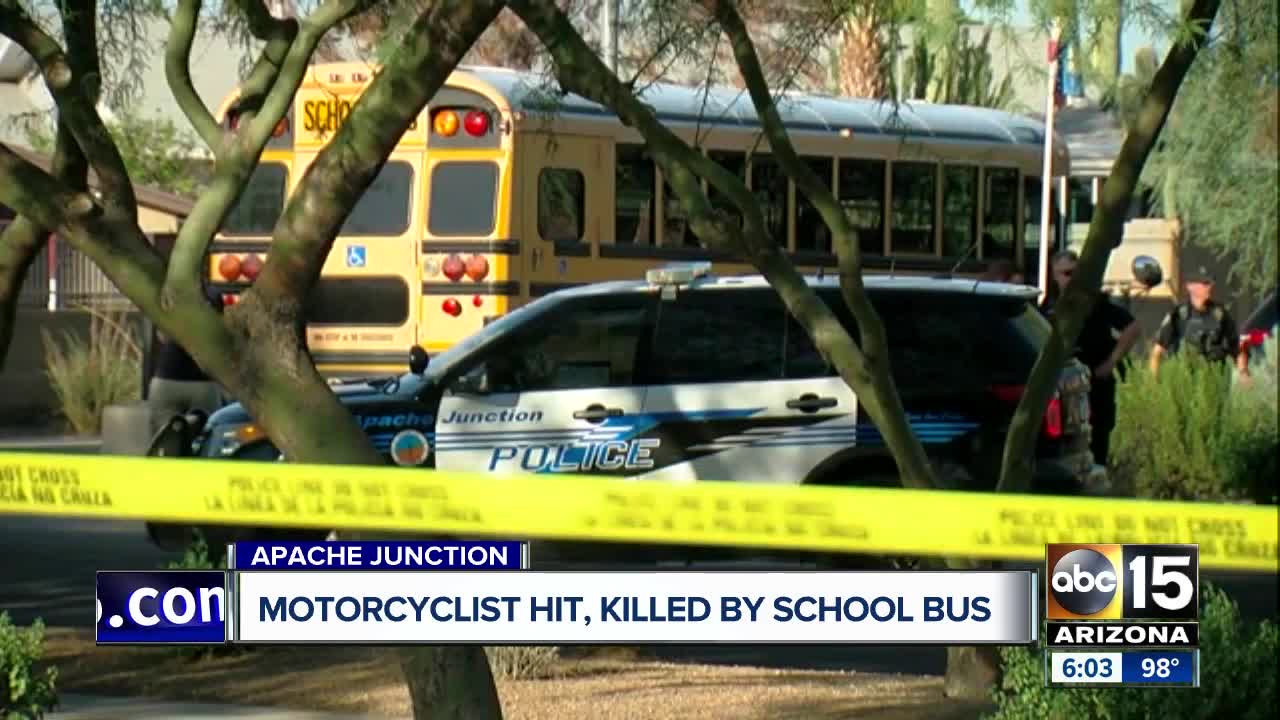 A motorcyclist died Friday after colliding with a school bus in Apache Junction. No students on the bus were injured. 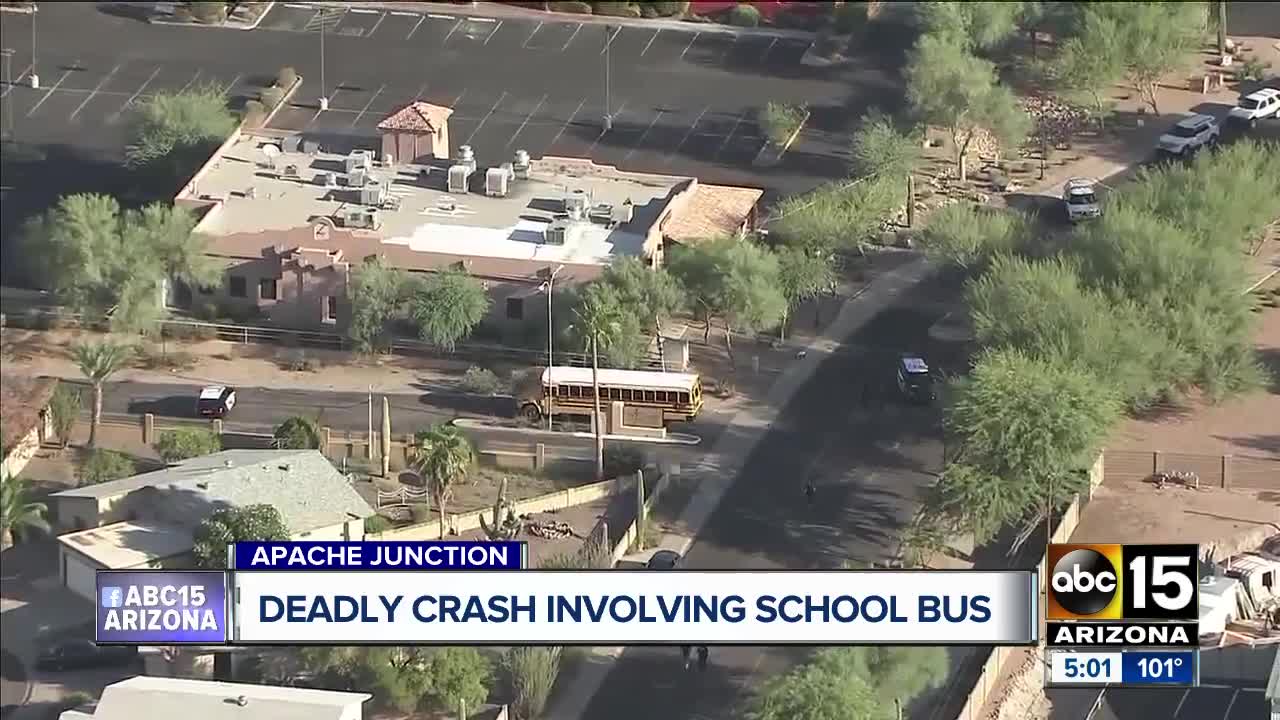 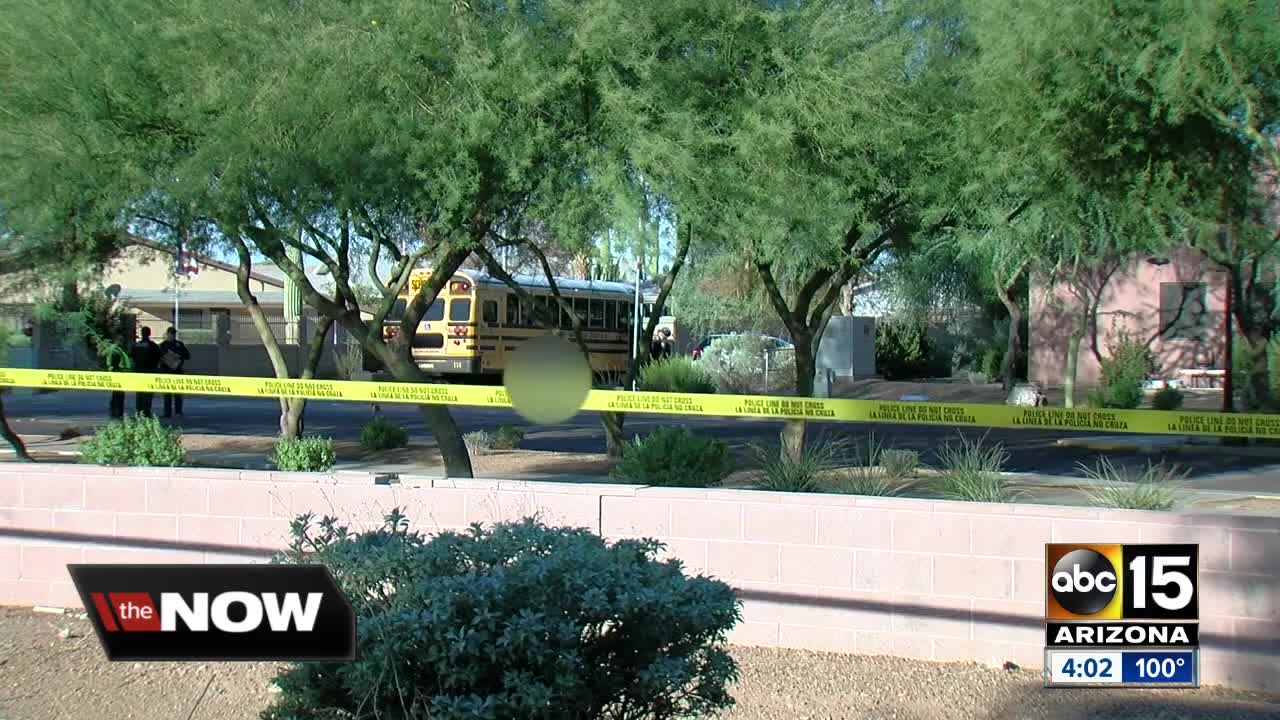 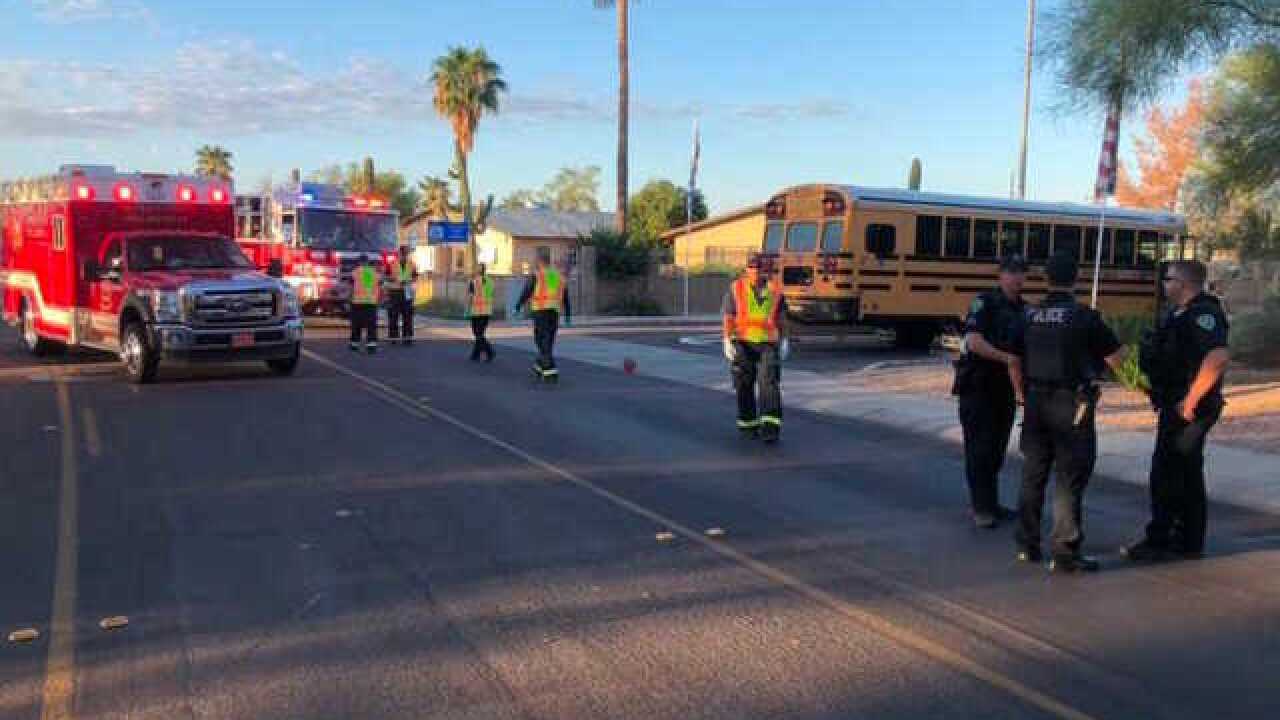 Officials say a motorcyclist died after an incident involving a school bus in Apache Junction on Friday morning.

Crews were called to the scene along Phelps Drive, near Broadway Avenue and Ironwood Drive, where a man on a motorcycle was reportedly hit and pinned underneath the bus.

The victim, identified as 36-year-old Clinton Pennington, was pronounced dead, according to Apache Junction police.

The bus was transporting 10 students at the time, but they were transferred to another bus following the incident.

According to information from the scene, the bus driver cooperated with the investigation and passed all field sobriety tests.

Officials say Phelps Drive between 5th Avenue and Apache Trail was closed for several hours as officers investigated the incident. It has not been determined if speed or alcohol was a factor in the crash.