"Do you recognize me?" Apache Junction police hope to solve 27-year-old cold case 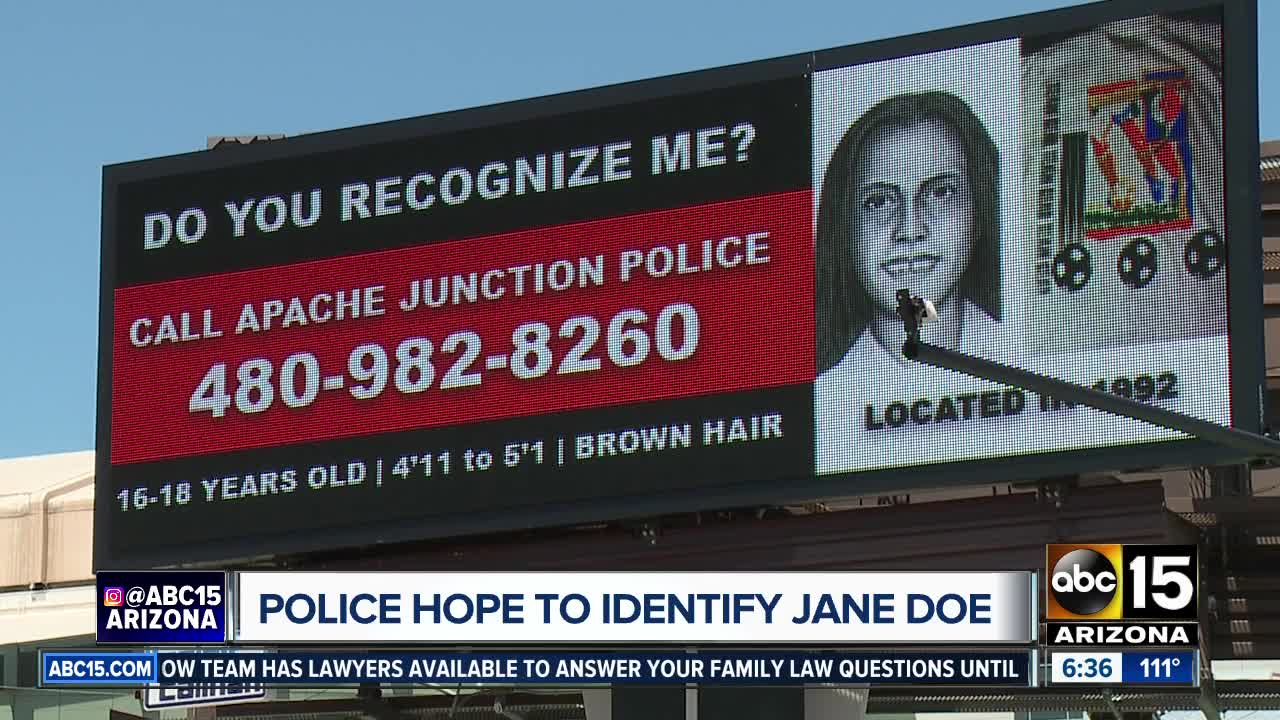 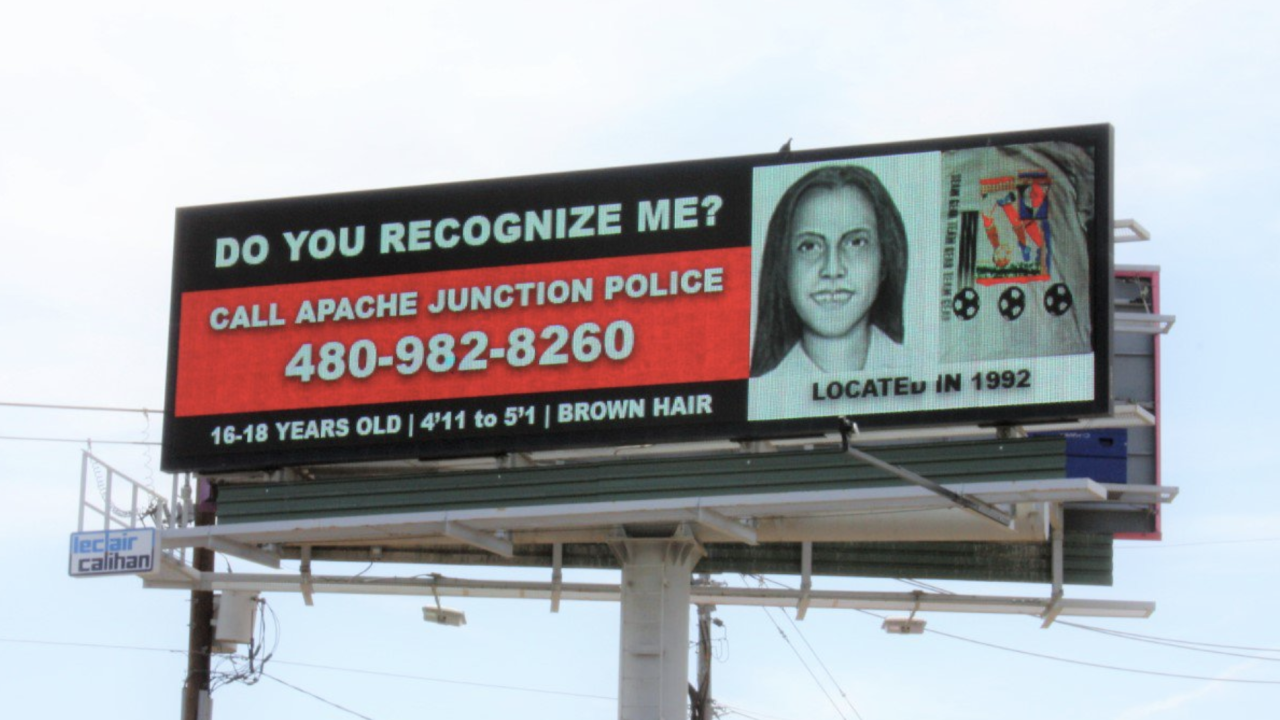 APACHE JUNCTION, AZ — Apache Junction police are hoping to identify a Jane Doe that was found dead, near Baseline Avenue and Idaho Road on August 6, 1992.

"We don't know much about Jane Doe, just what she had on her," Bourgeois said.

Detectives in 2019 still have those clues, a gold ring, a piece of paper resembling a penny, and a Phoenix student bus token.

"She's just this young female that was just left in the desert, I mean she deserves to be identified, her family deserves if they don't know where she is if they're still looking for her," said Bourgeois.

Jane Doe's DNA was submitted to GED-match ten months ago, the national public DNA database as a part of the DNA Doe Project. Apache Junction police are still hopeful and are waiting for a DNA hit.

Re-conducting interviews, following up on leads, and just last week, billboards asking "Do you recognize me?" along with Jane Doe's sketch, going up around Phoenix.

"I know it's been 27 years, but if it's out there again for a while and someone just happens to drive by and look at that picture, it might ring a bell with them, and certainly that's the most important thing right there is trying to find out who she was," said Kincaid.

Apache Junction Police ask if you know anything that can help investigators or recognize Jane Doe, to call them at 480-982-8260 or the National Center for Missing & Exploited Children at 1-800-843-5678.