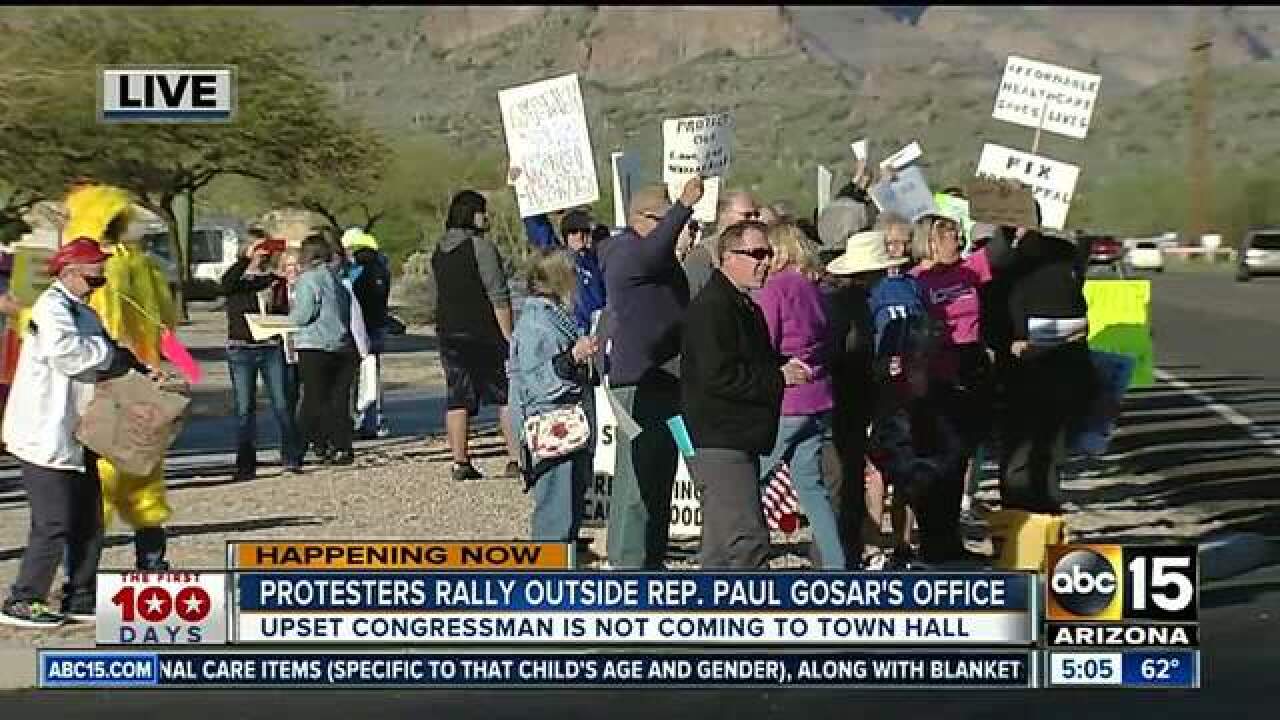 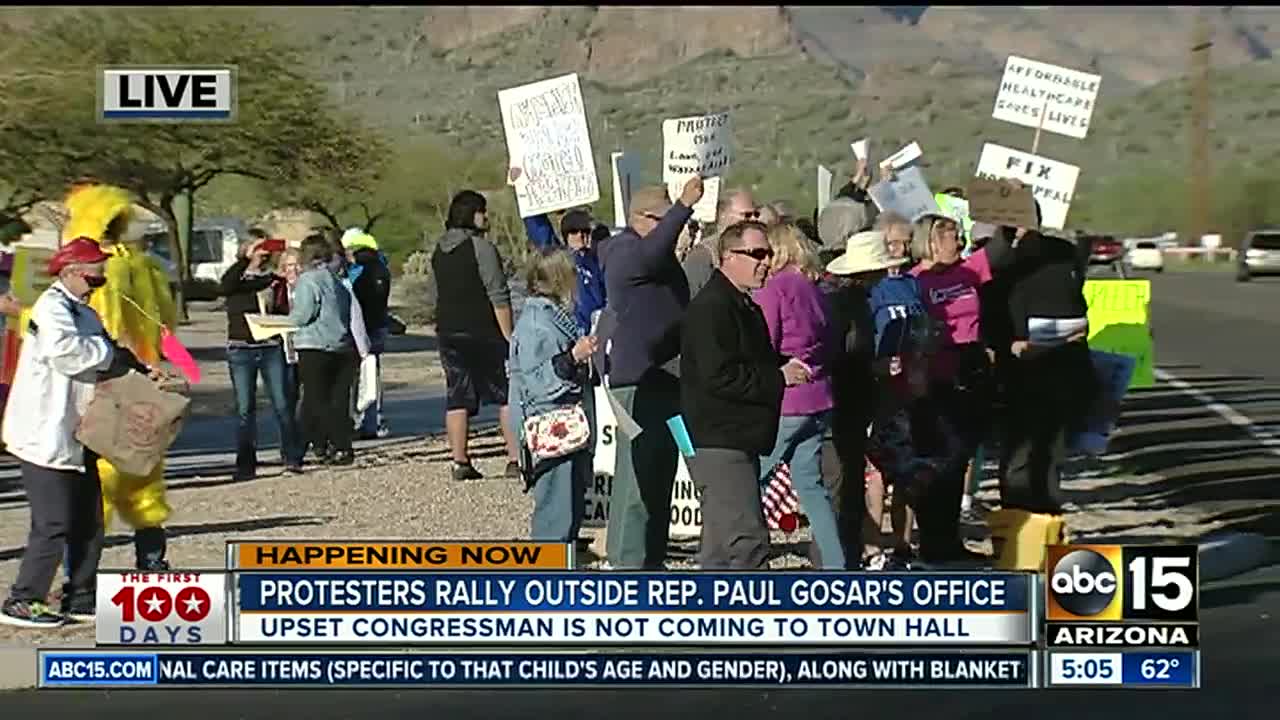 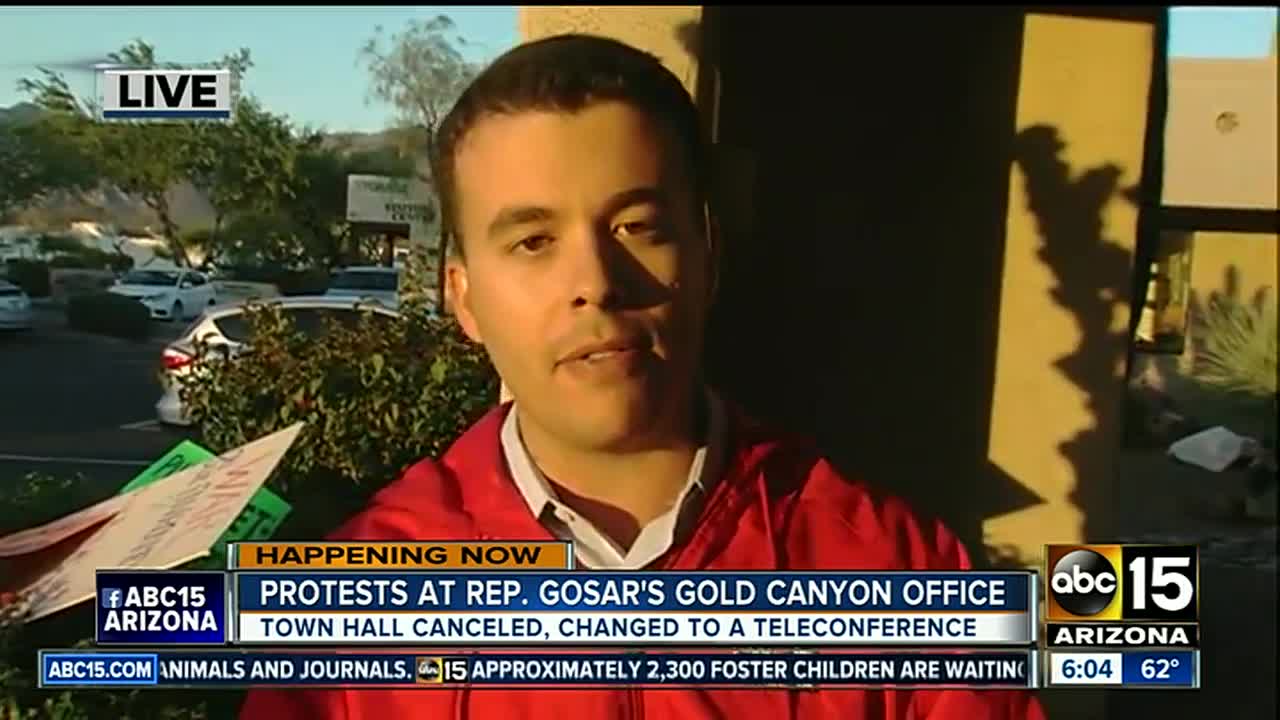 Dozens of people are expressing their outrage after Rep. Paul Gosar canceled an in-person town hall meeting and opted for a "tele-conference" instead.

A town hall meeting was slated for Thursday in Gold Canyon alongside Virginia Congressman Dave Brat.

However, a spokesman for the lawman said the decision to hold the meeting by phone is due to the high number of people expected to attend.

"The problem was that we had hundreds of people who were not going to be able to participate in tonight's event if we didn't change it to a tele-town hall," a spokesman said. "We are still planning to hold an in-person town hall meeting this year like we always do. Once town hall meetings are scheduled, we post the details on our website. "

Despite the outcry, the spokesman confirmed that constituents will still be able to ask questions during the phone meeting.

Gosar said his intentions aren't to avoid the public, but give a voice to everyone.

"I've always encouraged Arizonans through the 4th Congressional District to join the conversation and be part of building a positive solution," Gosar said. "Town hall meetings and other public events hosted by my office are the best way to do that. Engagement with constituents in a civil manner helps me better represent Arizona in Congress and ensures that local priorities are given a voice in our nation's capital."