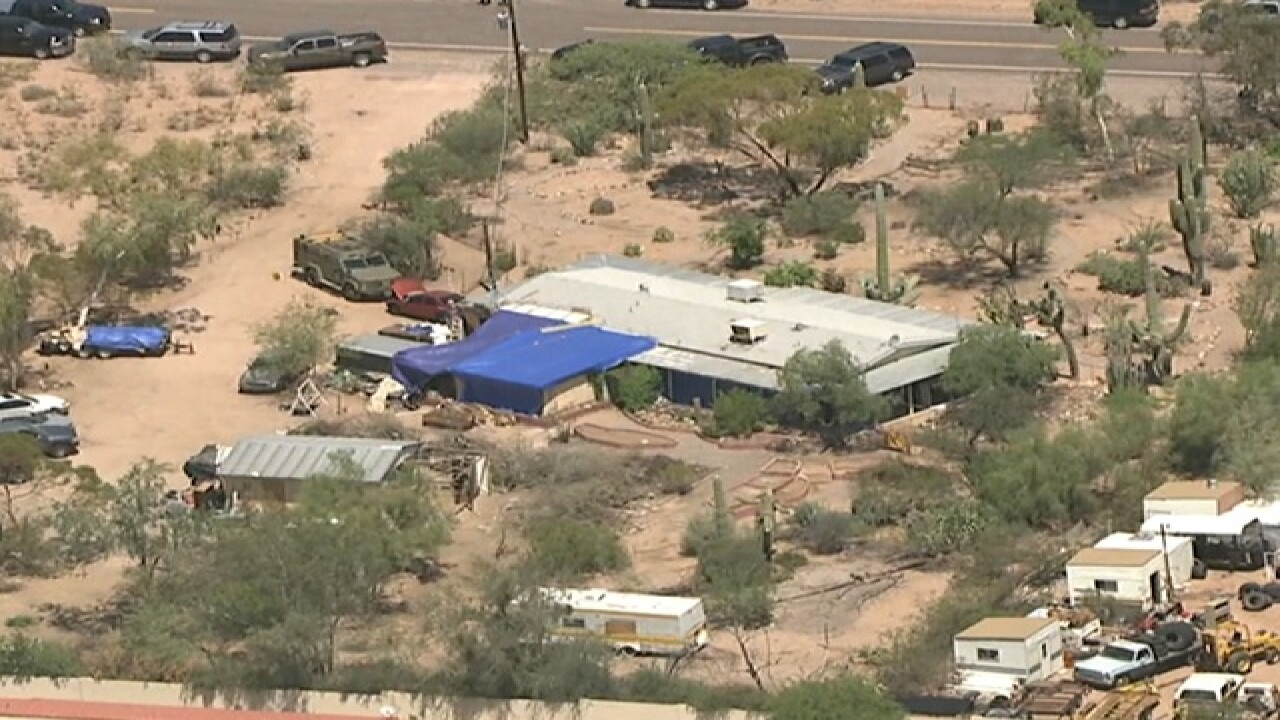 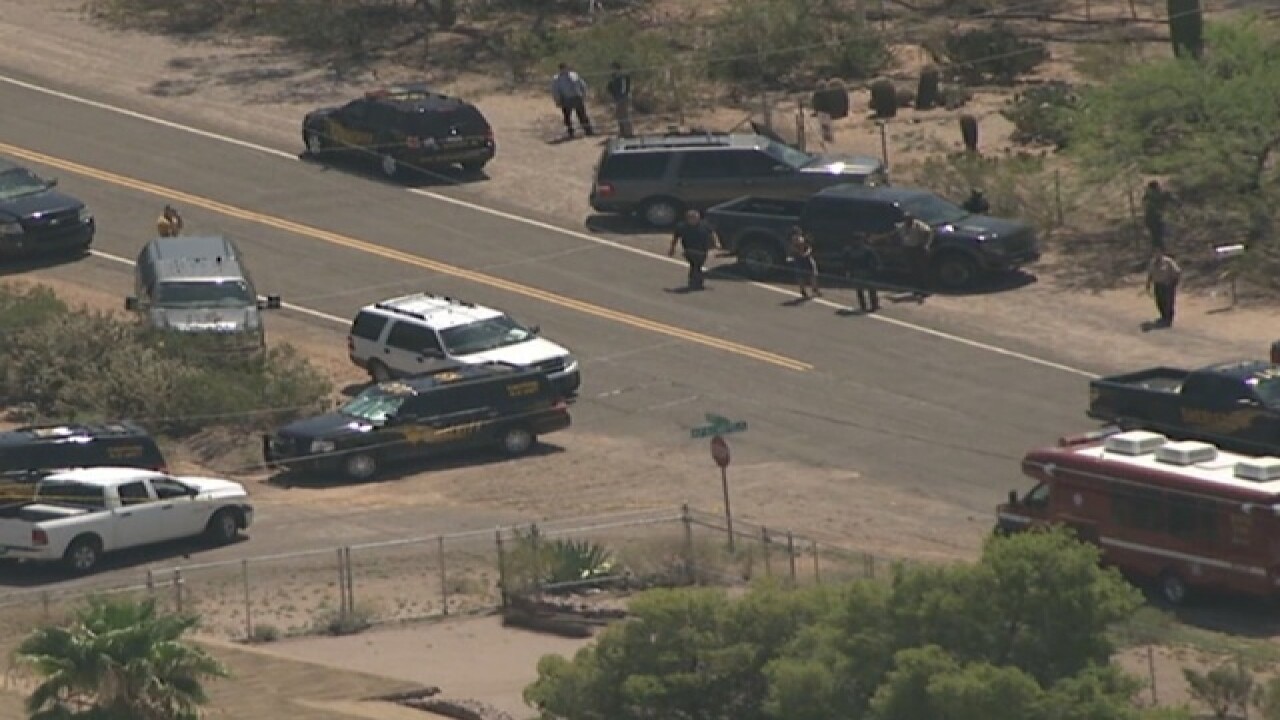 Maricopa County sheriff's deputies have been involved in a fatal shooting after serving a "high-risk" search warrant in Apache Junction.

They say 53-year-old Larry Eugene Kurtley Jr. was pronounced dead at a hospital.

Deputies were assisting the Arizona Department of Public Safety with serving the warrant around 9 a.m. Tuesday.

A SWAT team began negotiations with Kurtley as they tried to get him out of the house peacefully.

When he refused, authorities deployed gas and say Kurtley came out the front window of the home with a weapon and that led to the shooting.

Suspect in deputy involved shooting pointed a replica BB gun out of a window at deputies, when he was shot. pic.twitter.com/78lbKRFFx4

No deputies were injured.

Sheriff's officials say Kurtley was wanted on a felony warrant out of Pinal County for misconduct involving weapons, possession of narcotics drugs and drug paraphernalia and a Glendale warrant for misdemeanor trespassing.