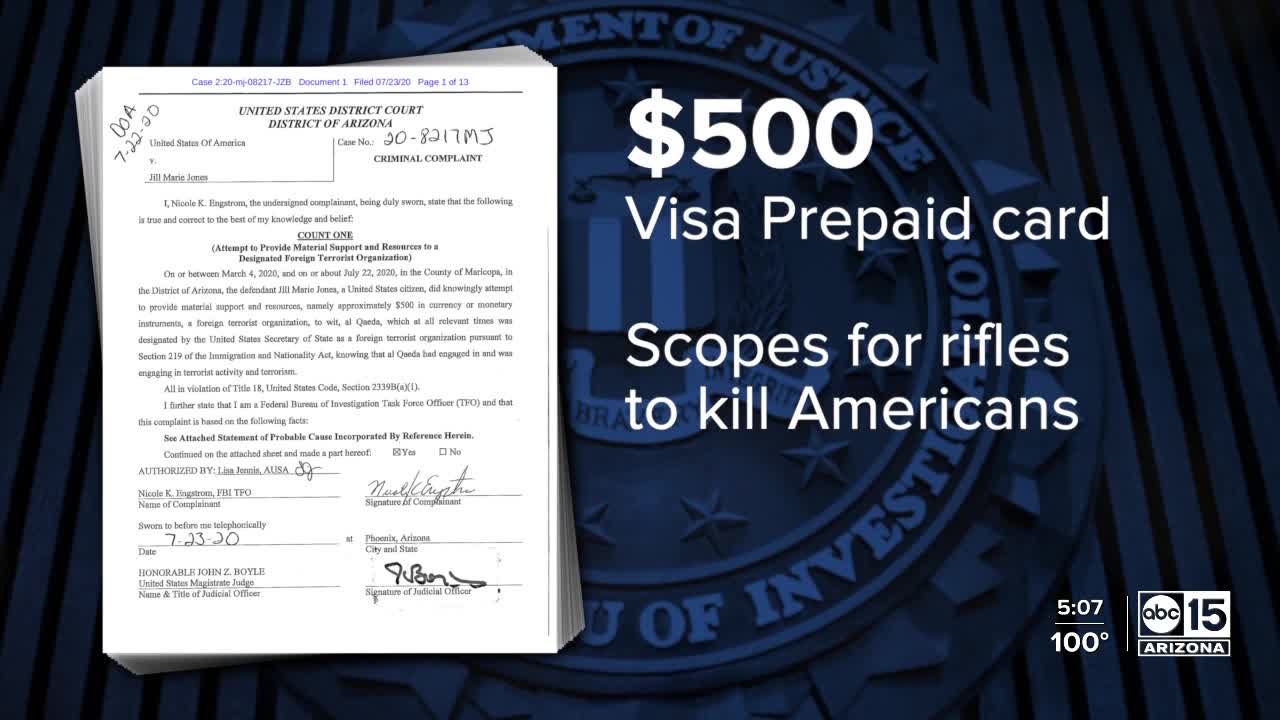 A woman has been arrested in Arizona for allegedly attempting to provide material support to the terrorist group al Qaeda. 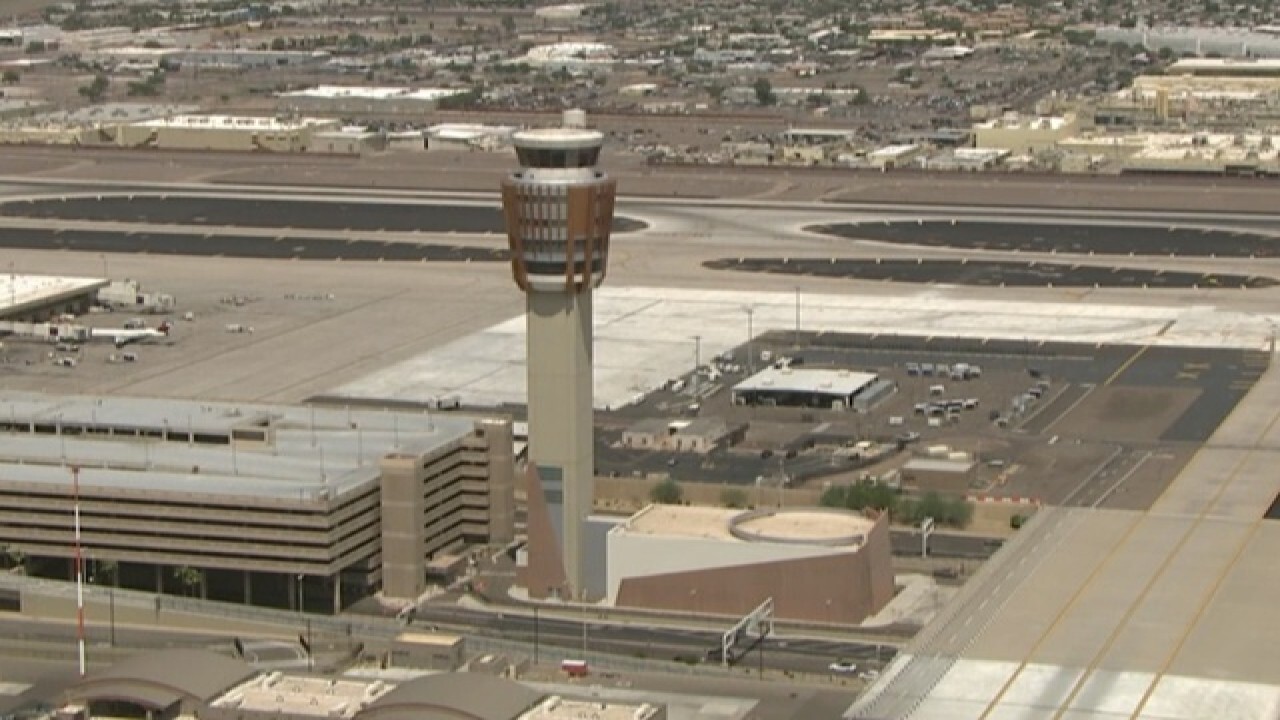 PHOENIX — A woman has been arrested in Arizona for allegedly attempting to provide material support to the terrorist group al Qaeda.

The FBI, along with Michael Bailey, the U.S. Attorney for the District of Arizona, released a statement Friday morning announcing the arrest of 35-year-old Chandler resident Jill Marie Jones.

According to a criminal complaint, Jones was in communication with two FBI undercover employees, one of whom she believed was a member of al Qaeda.

During their conversations, investigators say Jones agreed to send the undercover agent money to purchase scopes for rifles that would be used by al Qaeda to kill American soldiers.

In May, Jones gave the undercover FBI employee $500 using a prepaid gift card, according to the criminal complaint.

During the operation it was revealed that Jones wanted to travel overseas to assist al Qaeda.

The FBI says Jones purchased tickets to fly overseas, in an attempt to join the terrorist group in Afghanistan, but due to airport closures, she changed her flights to go to Turkey instead. From there she allegedly planned to travel to Syria.

Authorities say on July 22, she traveled to Phoenix Sky Harbor International Airport to board a flight to begin her travel to allegedly join al Qaeda. FBI agents arrested her after she checked in for her flight at the airport.

"She did try to send money, send $500, to support Islamic terrorism abroad," said Bailey. "[She] specifically referenced the fact that she was sending that money for the purpose of killing Americans."

Jones faces a count of Attempting to Provide Material Support and Resources to a Designated Foreign Terrorist Organization.

"According to the allegations in the complaint, she did not express an intention to actually take part in the fighting," Bailey said. "Although she expressed a very clear intention to provide support to those fighting Americans."

A Chandler couple, who did not want to appear on camera, told ABC15 Jones was a live-in caregiver for their two-year-old child for roughly half a year.

The couple described her as quiet and never raised any red flags. They told ABC15 she recently left that position, and was supposedly heading for an out-of-state job. The couple said that was the last they had heard of her until the FBI showed up at their door this week.

Official charges against Jill Marie Jones have not yet been announced.