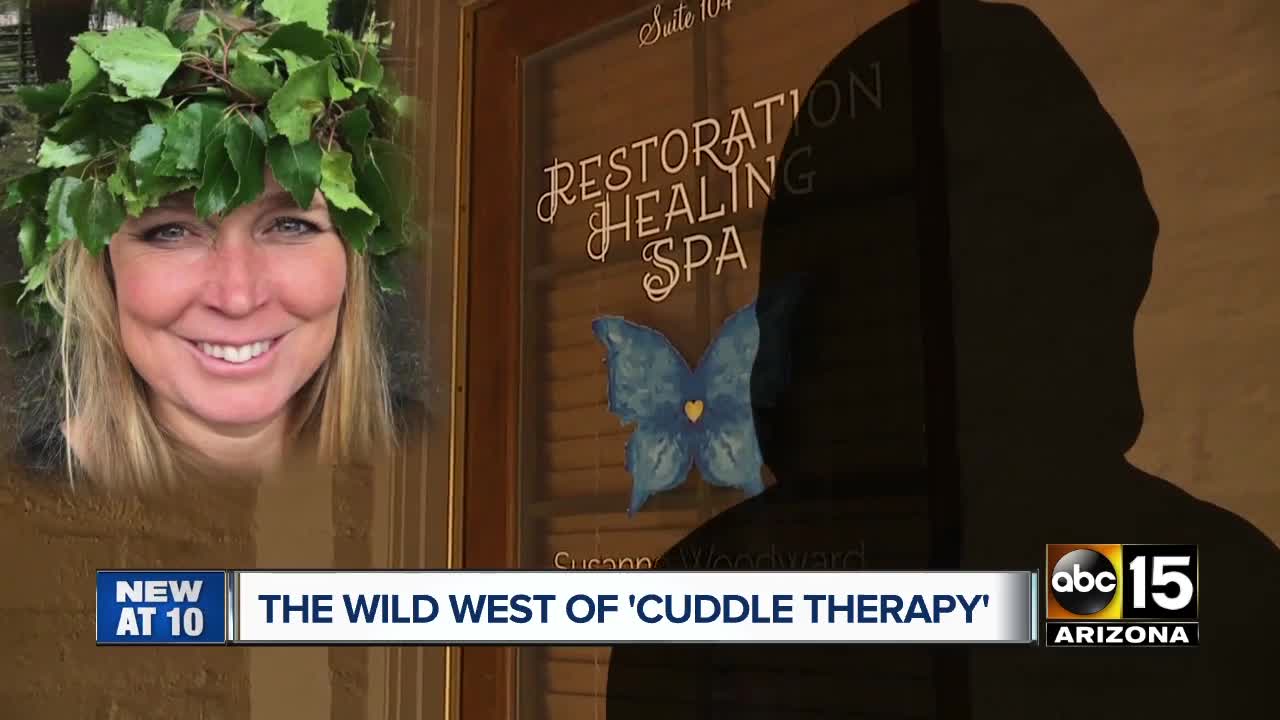 The business of professional cuddling continues to grow every year. The practice is billed as a stress-reliever that is good for your body, mind, and spirit.

It is also highly unregulated in Arizona, as one woman and professional cuddler found out.

On her website, Susanne Woodward says she is a "certified" professional cuddler. She charges $80 an hour for her services, and tells potential clients "something magical happens when a person is held."

This year, a woman filed a formal complaint with the Arizona State Board of Massage Therapy, accusing Woodward, a professional cuddler and licensed masseuse, of sexual misconduct.

According to the Arizona Republic, the complaint involved the client having Woodward’s nipple in her mouth for five minutes.

The client asked Tempe police to investigate and filed a complaint with the massage board.

“Nothing illegal occurred,” said Flynn Carey, Woodward’s attorney, when speaking before the board in late July.

Woodward and Carey explained their side before the board, asking that no action be taken regarding her massage license.

“[The client] went to see Dr. Woodward as a cuddle therapist...not as a massage therapist,” said Carey.

“Specifically in her complaint, complainant says, 'I told her it has always been my dream to be held naked by a woman.' Police reached the same conclusion,” he added.

Woodward was never arrested or charged, and she still has her massage therapy license.

The main part of her attorney’s argument was that the board did not have the authority or scope to oversee professional cuddling. In fact, no one oversees the growing intimacy industry.

“If the board finds that this falls within their scope, you are de facto expanding your power to cuddle therapy. So you would be the massage therapy and the cuddle therapy board,” argued Carey.

Some of the board members agreed.

“We have no jurisdiction over this,” said one board member. “We are not in a cuddling business; we do not regulate that.”

ABC15 reached out to the State Board of Massage Therapy to get the entire investigatory file, but they did not respond to phone calls or emails. All the employees had also left the office when ABC15 arrived at 4:15 p.m to request and pick-up the public records, according to security. The board’s website says they are open until 5:00 pm.

ABC15 also tried repeatedly to get in touch with Woodward or her attorney for comment, but we have not heard back.

The board ultimately concluded they do not regulate cuddling, which means no one does.

So if a line is crossed during the intimate business transaction, there is very little recourse for the victim, whether that's the client or the cuddler.