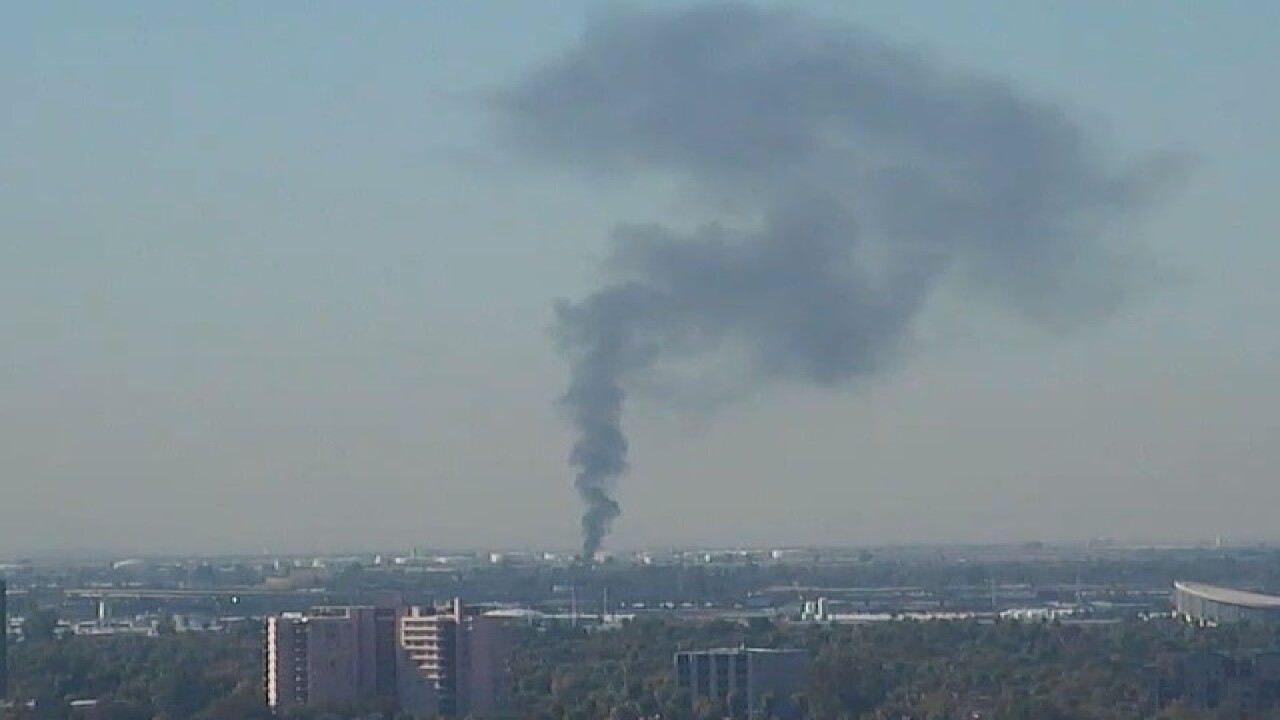 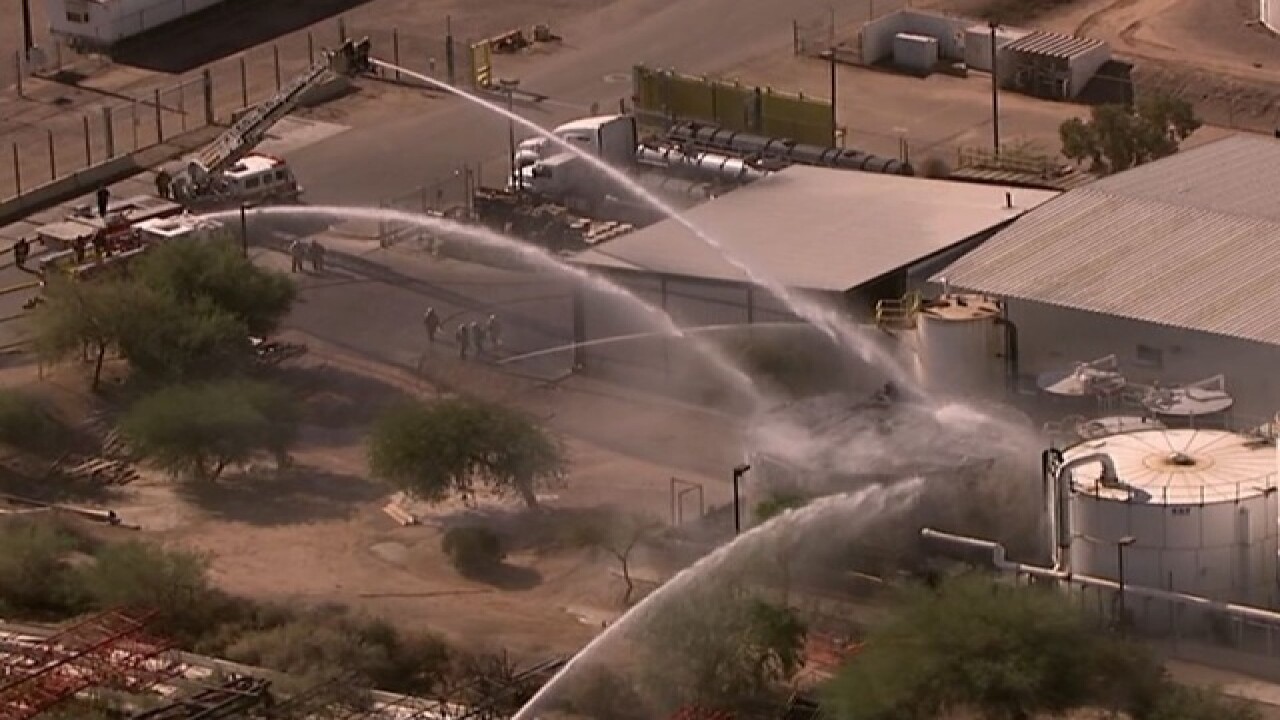 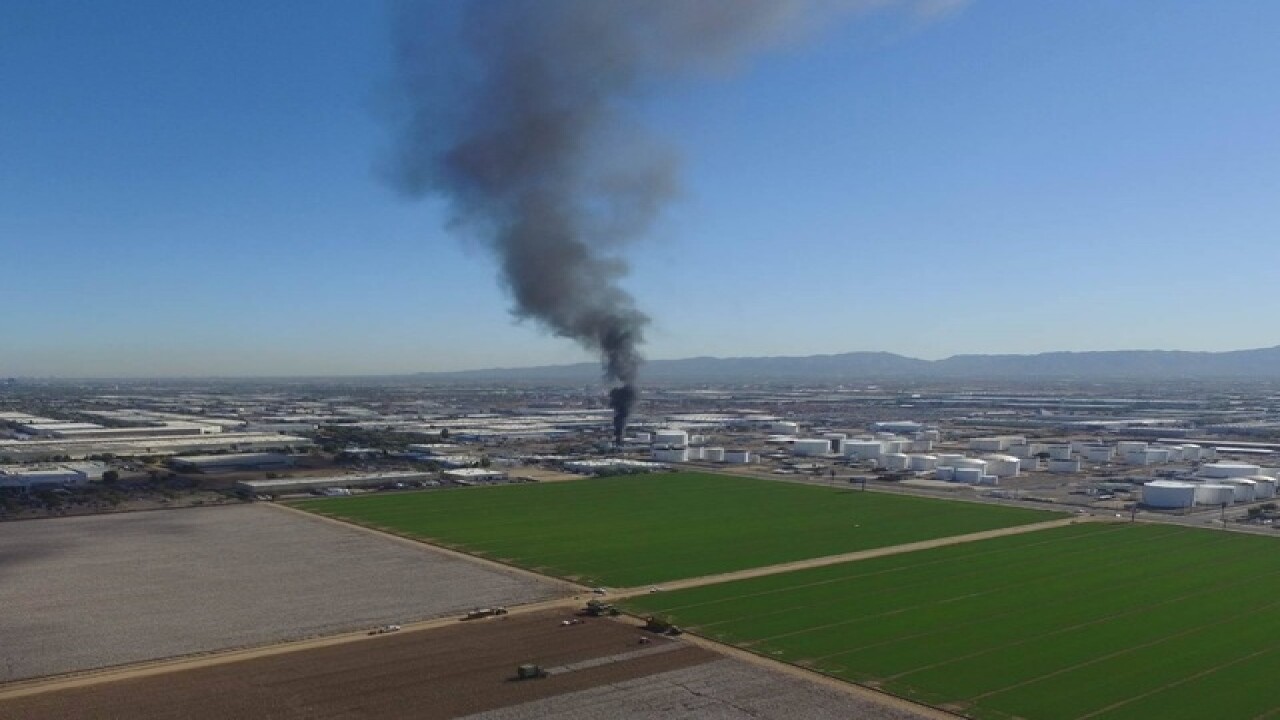 The Phoenix Fire Department was able to control a large fire in west Phoenix on Monday afternoon.

The first started at Liquid Environmental Services near 51st Avenue and Van Buren Road around 12:45 p.m. Black smoke was seen towering in the area.

According to a spokesperson for the company, the facility is used to recycle waste water and used oils.

The tank that caught fire was empty, the company spokesperson said. The fire sparked while a contractor was attempting to remove a lid with a tool. Leftover residue on the tank reportedly caused the flames.

Phoenix fire says they have gained control of the fire and there have been no report of any injuries.

Air15 is on scene and we are working on gathering details now.

Phx fire along with Glendale Surprise Tolleson Goodyear Avondale all work together with seamless interoperability to control hazmat fire pic.twitter.com/1KFgoMnN7K

The plant was evacuated for 20 minutes. According to the company spokesperson, employees are trained to effectively handle these extremely rare incidents.