MCSO: Man rescued and being evaluated after falling in mine shaft in Gila Bend
NewsPhoenix Metro NewsWest Phoenix News

Valley woman has gasoline poured on her, called racial slurs determined to be biased motivated 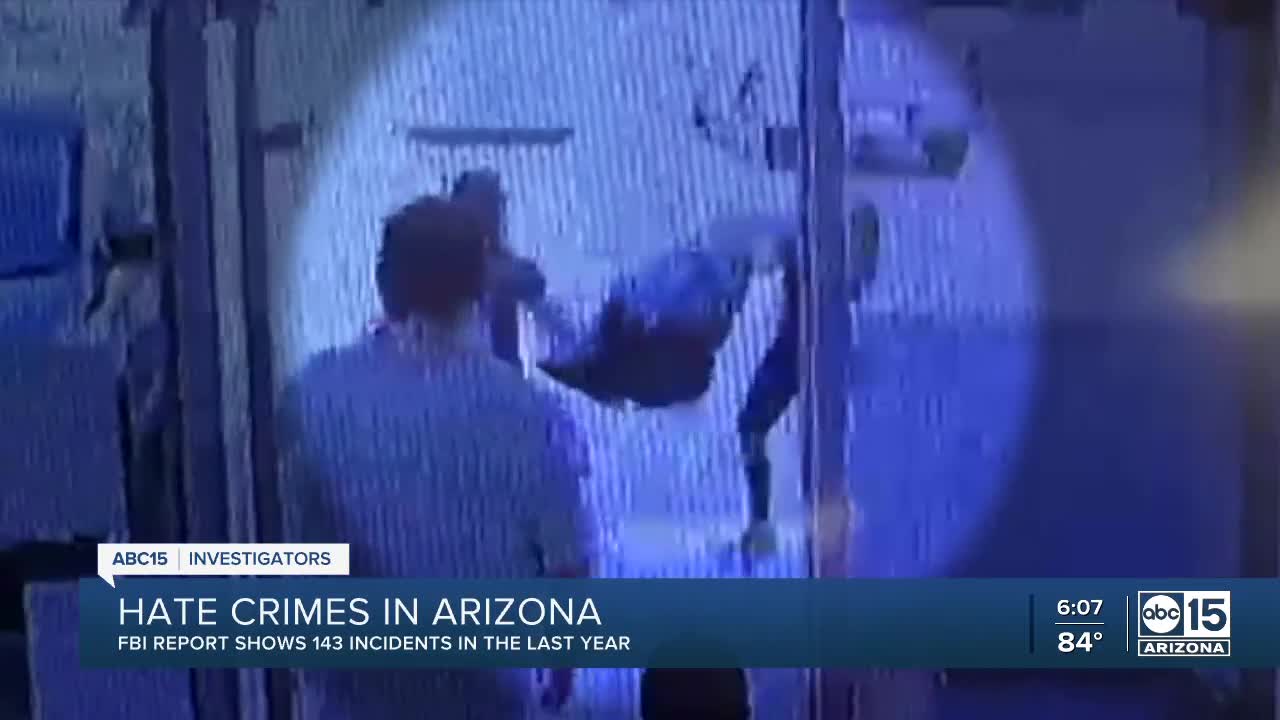 Gabriela Frausto owns a small bakery in west Phoenix and says she was shocked to face such a disturbing encounter at her own business, but says she never expected what happened next.

PHOENIX — Editor's note: Some language used may be disturbing for some.

Frausto moved to Phoenix from Colorado two years ago. She owns a small bakery in west Phoenix and says she was shocked to face such a disturbing encounter at her own business, but says she never expected what happened next.

“She was trying to light me on fire.”

“It took me a while to realize that she was throwing gas at me. When I saw her struggling with the lighter, that’s when it clicked on me, what she was trying to do. She was trying to light me on fire and that's when I decided to run inside,” said Frausto.

The incident happened in August, and it was all caught on her surveillance video.

According to MCSO, she was then released from custody.

“I’ve seen her around here. She still comes around here, and she still has her fights with people here. She hasn’t stopped doing it,” said Frausto.

A spokesperson for the Phoenix Police Department released the following statement:

Phoenix Police Detectives assigned to the Bias Crimes Units investigated this incident and were able to determine the crime was biased motivated. The enhancement charge was submitted to the Maricopa County Attorney Office.

“Should we be concerned? Absolutely. Should we be vigilant? Always. But we also need to make sure we’re promoting for our communities of color, LGBTQ and Muslim communities,” said Galindo-Elvira.

According to the most recent report by the FBI, hate crimes against Hispanics or Latinos rose from 485 in 2018 to 527 last year.

Based on this report, Arizona had 143 cases reported last year all over someone’s race, ethnicity or ancestry.

Galindo-Elvira says the reality is that there could be more cases because usually, people in communities of color won’t report it.

“We got to get better numbers. Not every jurisdiction reported hate crimes.”

The FBI report says there were 111 racial or ethnic hate crimes in Phoenix last year.

“It’s a requirement to submit those numbers, but what we need it’s for our elected officials to mandate it. Whether it’s the mayor or council, county supervisors to tell their jurisdictions to report it, let’s get the best numbers possible, let’s see what we’re really dealing with,” said Galindo-Elvira.

For Frausto, there’s also a need to raise awareness about what constitutes a hate crime.

“I didn’t know that just by the fact of the use of those words it changes the charges that are going to be filed against her and maybe other people don’t know either.”