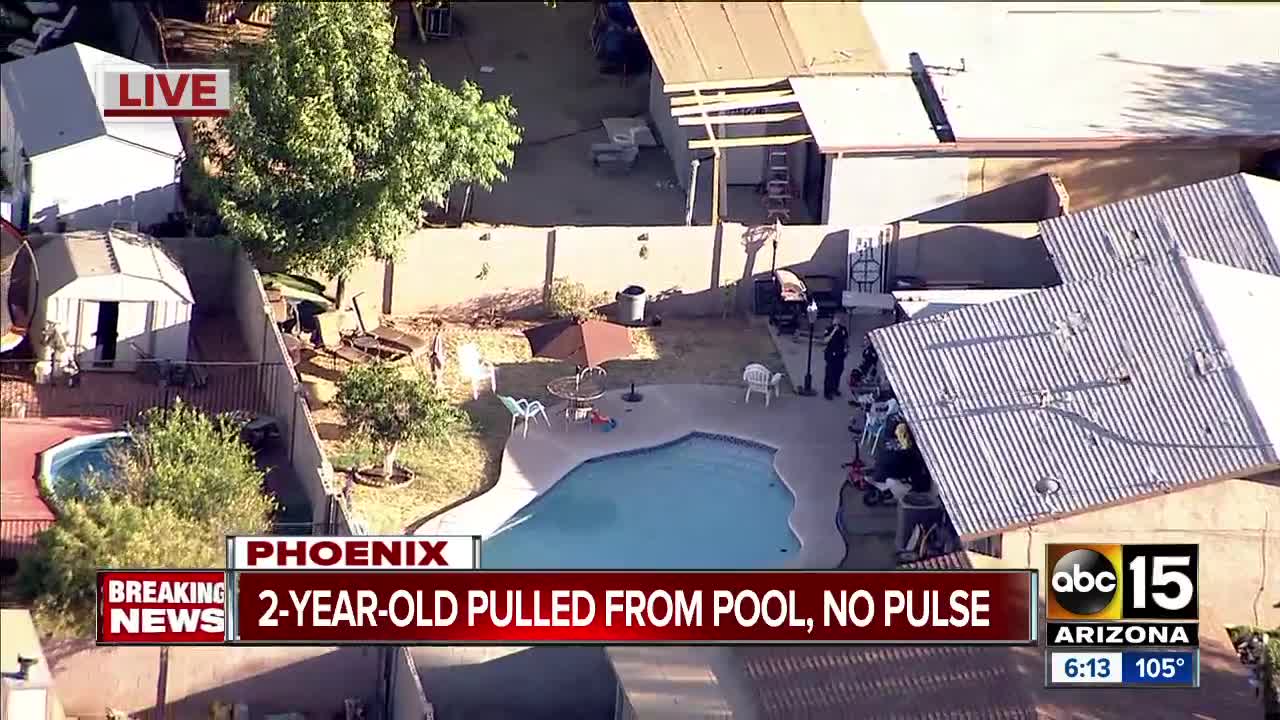 A two-year-old boy has been taken to the hospital after being pulled from a Phoenix pool Tuesday afternoon. 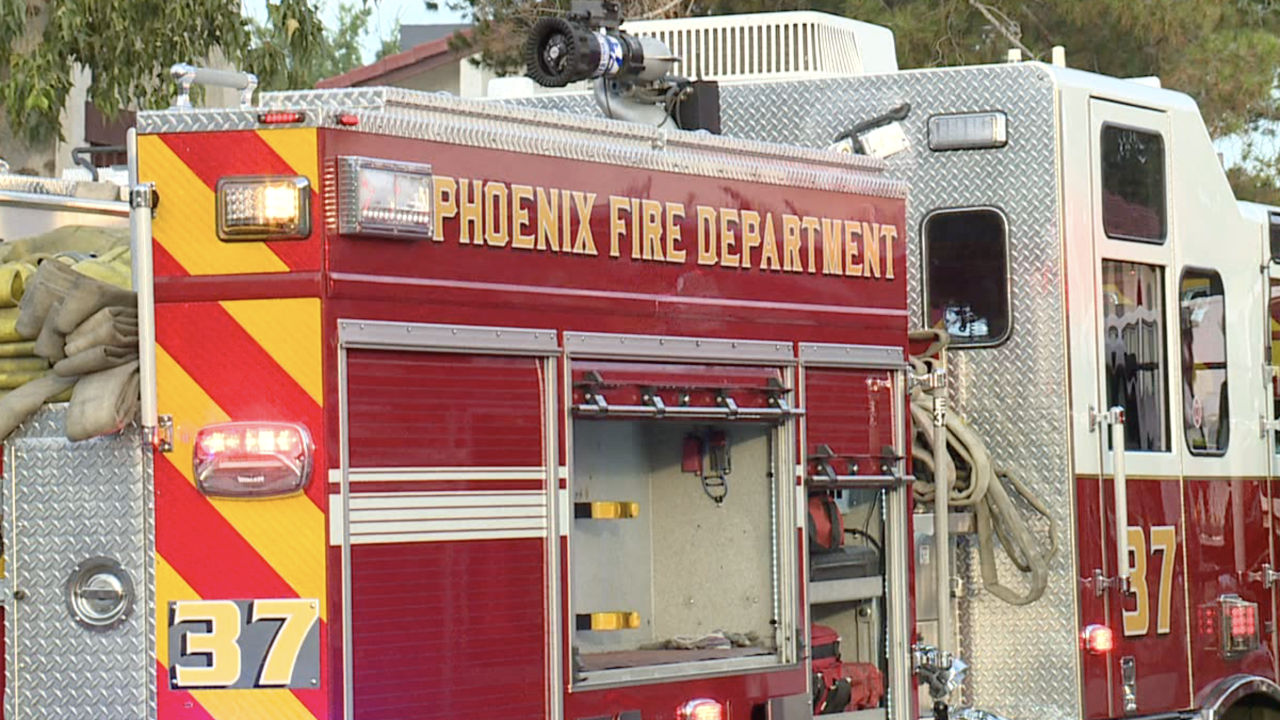 PHOENIX — A two-year-old boy has been taken to the hospital after being pulled from a Phoenix pool Tuesday afternoon.

The Phoenix Fire Department says the child is in extremely critical condition.

The incident happened around 5 p.m. near 63rd Avenue and Osborn Road.

Firefighters estimate the boy was under water for approximately five minutes before family located him and pulled him from the pool.

The child did not have a pulse and was not breathing when taken out of the pool. Family began CPR immediately until fire crews arrived.

The Phoenix Fire Department says crews were able to regain the child's pulse at the hospital and he was later flown to Phoenix Children's.

Phoenix police will be conducting an investigation into the circumstances that led up to the incident.