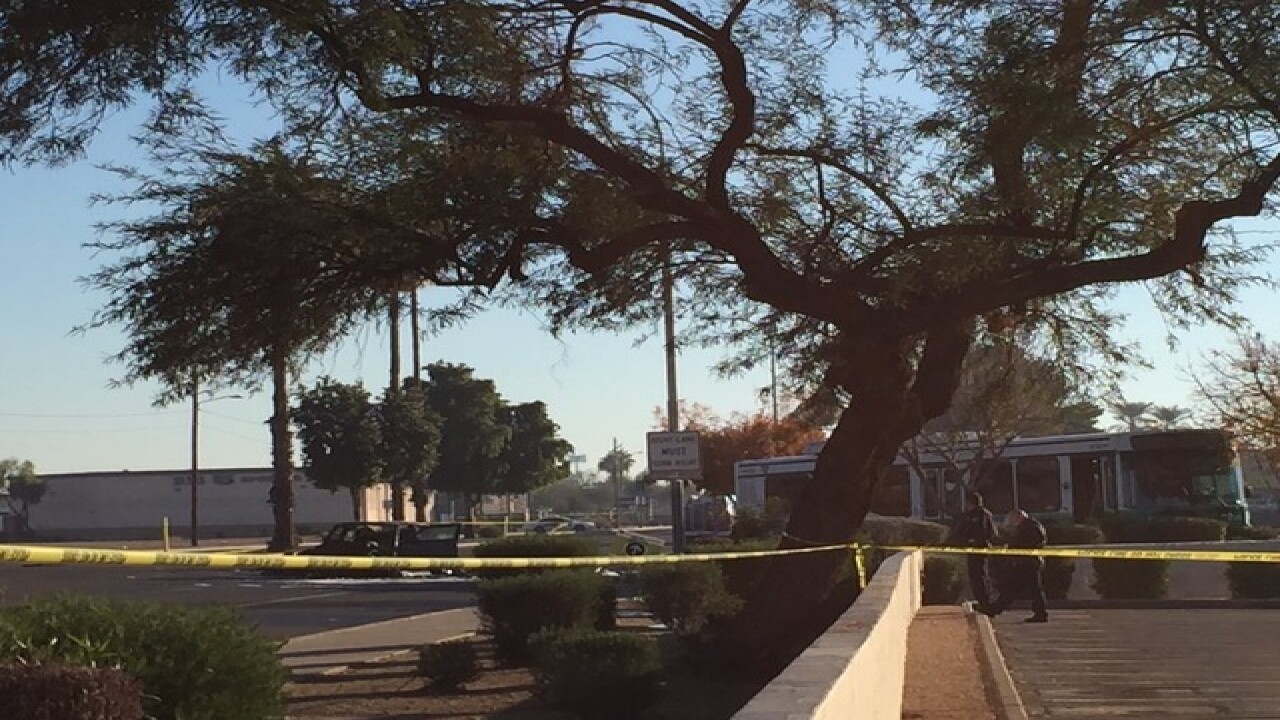 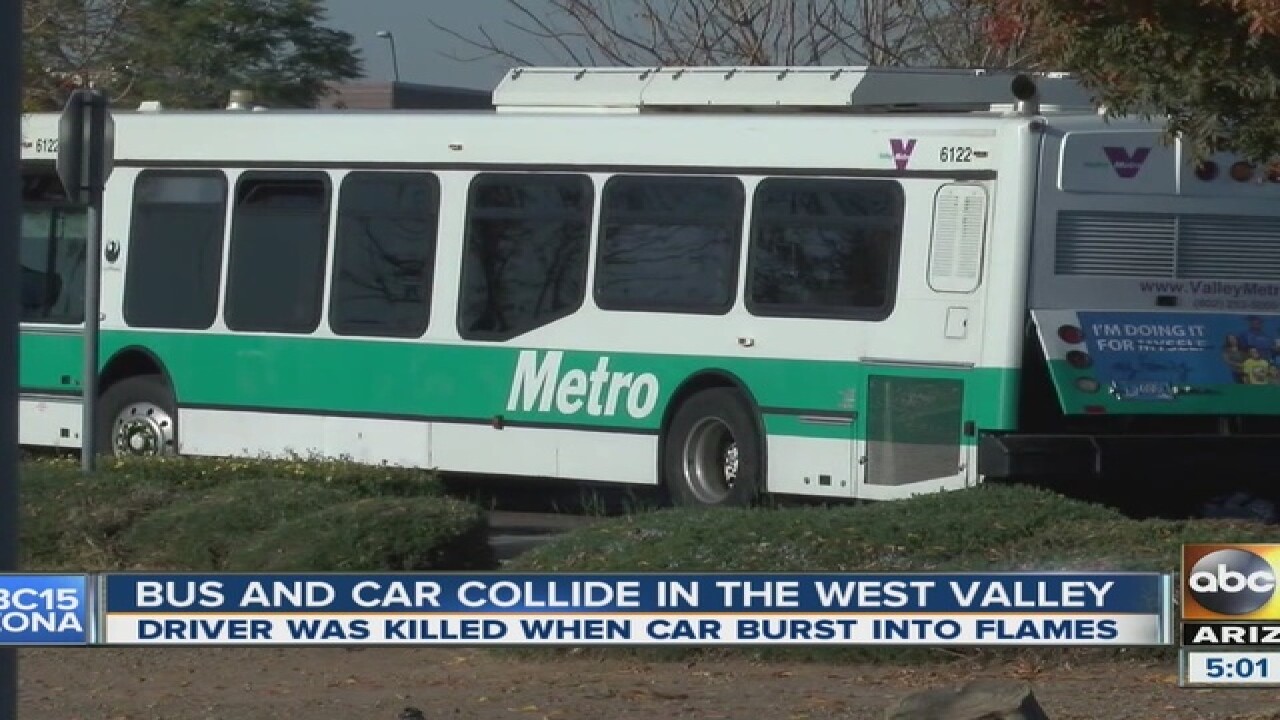 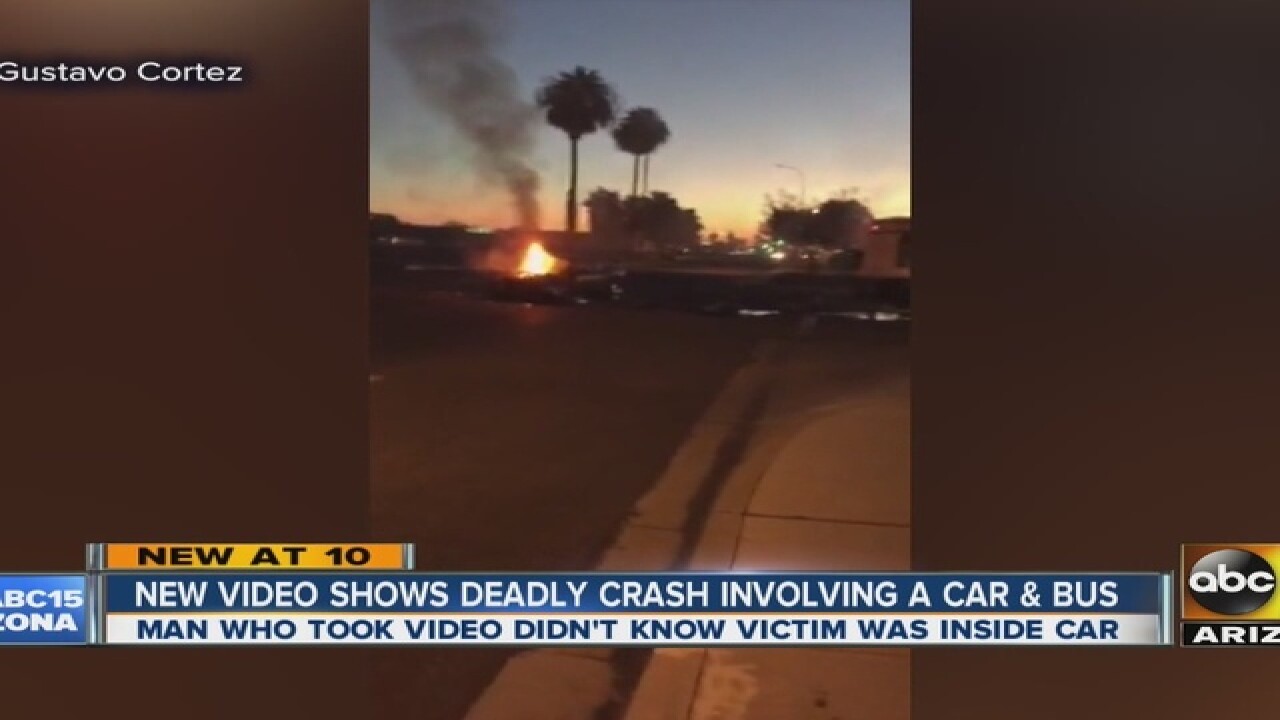 One man was killed and another seriously hurt in a crash involving a city bus Sunday morning.

According to Phoenix Police, around 7 a.m.,  a westbound bus turning into the mall near 79th Avenue and Thomas Road was struck by an eastbound vehicle.

One person was trapped in the car, which had caught fire, when fire crews arrived.

Police say one of occupants, an adult man, was killed in the crash and a second man is at the hospital with serious injuries.

Gustavo Cortez, who recorded cellphone video after the initial impact, said he was on his way to work when he saw the car on fire. He said that as he was recording the video, he heard that there was someone inside the burning car.

Cortez said he then stopped recording and pulled the pinned passenger out of the car. He also said that no one retrieved a fire extinguisher from the bus until the car was fully engulfed in flames.

Two people on the bus were also taken to the hospital as a precaution. Cortez was not injured in the incident.

At this time, it's not clear if speed or impairment were factors in the crash.