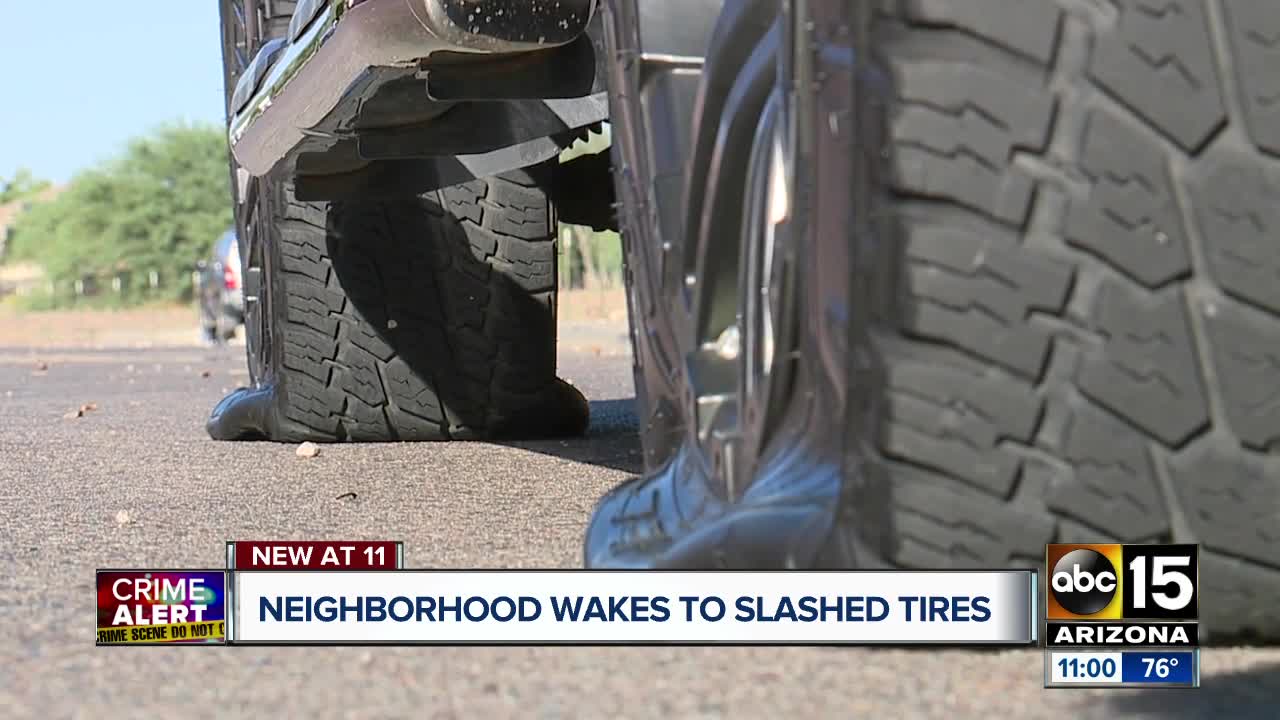 Dozens of tires have been slashed since the weekend in one west Valley neighborhood. 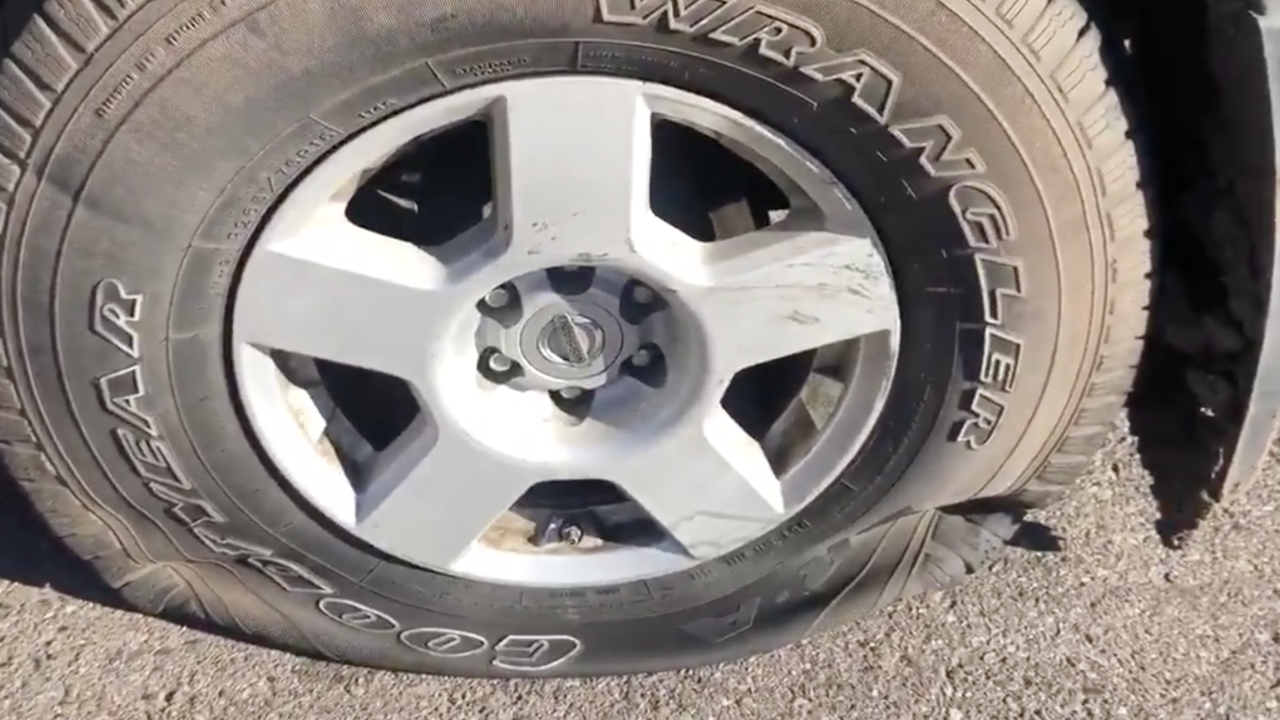 PHOENIX — Police are investigating a series of tire slashings in a west Valley neighborhood.

Phoenix police say they were called to the area of 83rd Avenue and Lower Buckeye Road around 1 a.m. Tuesday.

Tires on almost 40 cars were slashed in a Tolleson neighborhood. Neighbors tell me it first happened overnight Sunday and then last night. The suspect hasn't been caught. @abc15 #abc15 pic.twitter.com/Xz70Zi9SiW

A victim reported seeing someone slash her tires and while officers were taking a criminal damage report, other calls came in for similar reports nearby.

According to people in the neighborhood, residents on Watkins Road first noticed tires were slashed on multiple vehicles Monday morning. They confirm more tires had been slashed when they woke up Tuesday morning.

The suspect was not located, but police describe him as being in his early 20s with a thin build. He was wearing white pants and a white shirt at the time.

Residents say the suspect was on a bike.