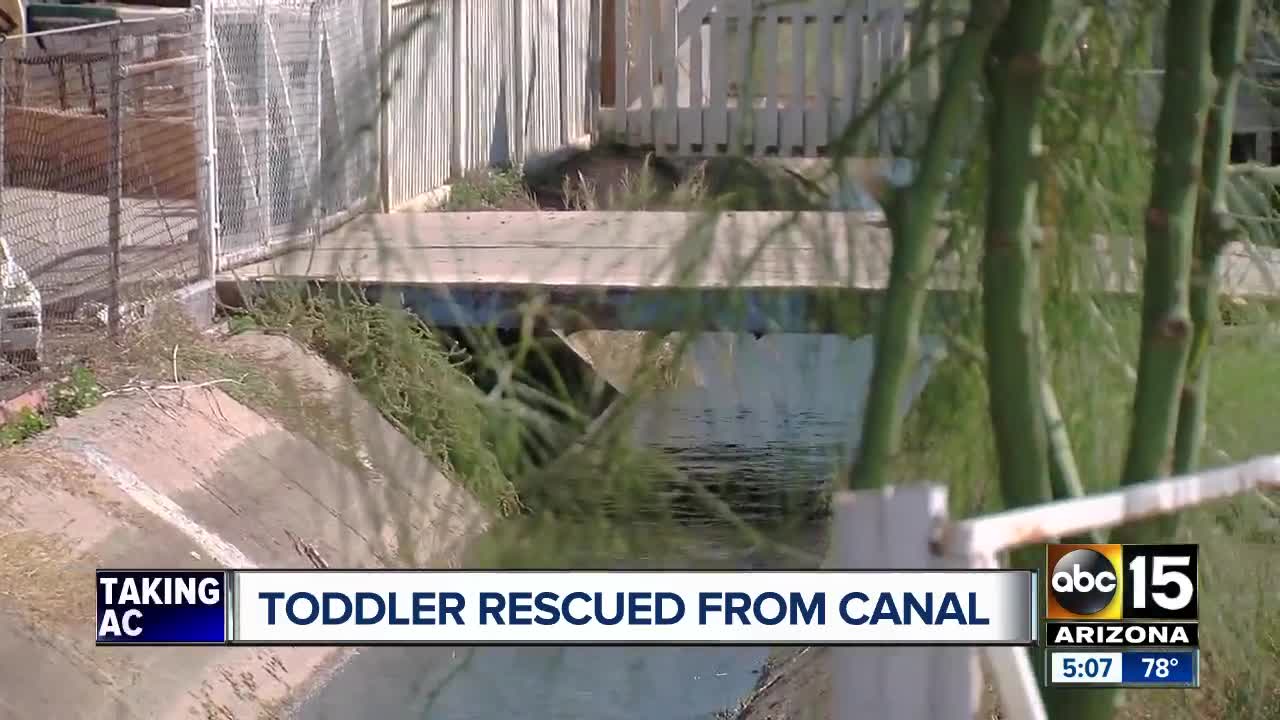 Salt River Project crews rescued an unattended toddler from a canal in the West Valley on Thursday morning. 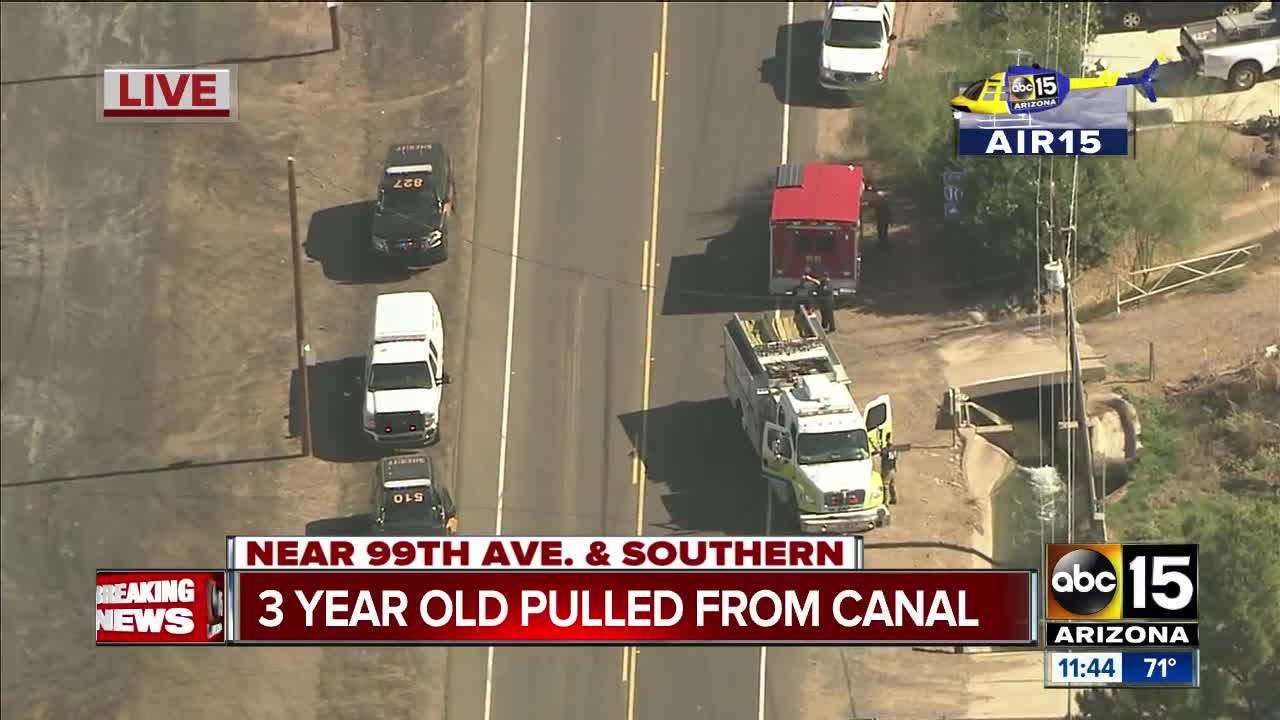 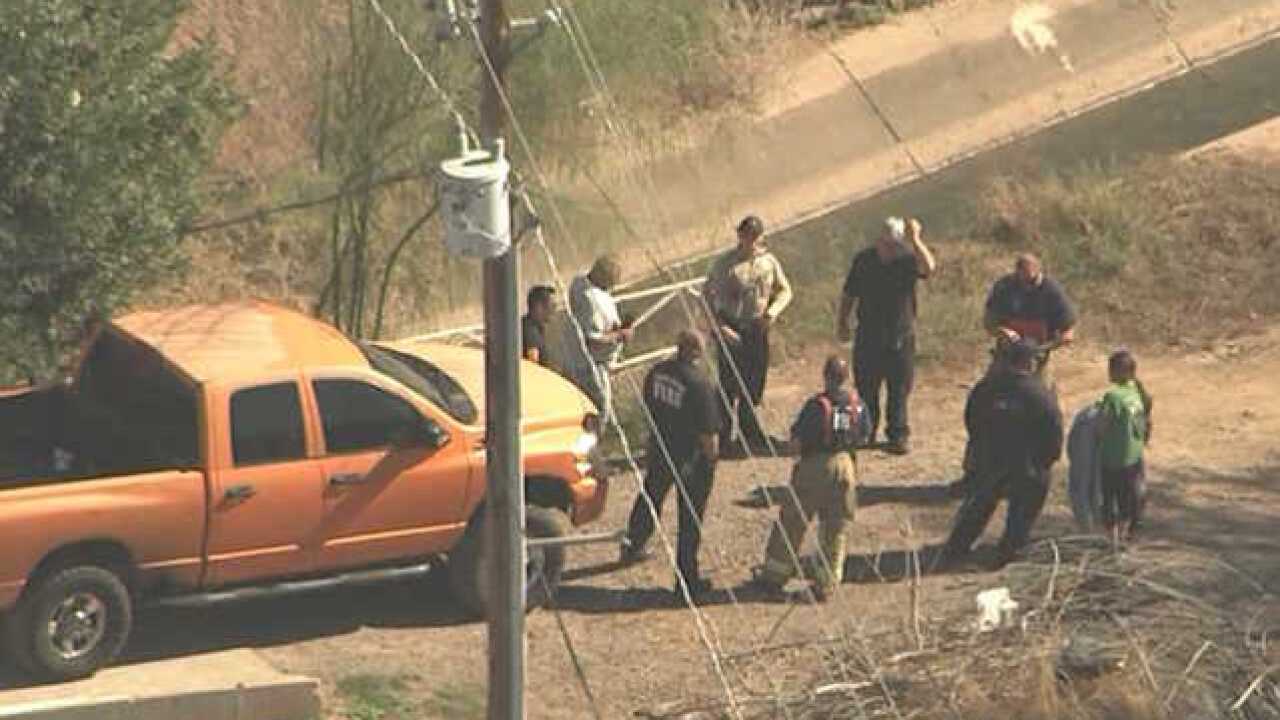 Salt River Project crews rescued an unattended toddler from a canal in the West Valley on Thursday morning.

According to Rural Metro Fire officials, SRP workers near 99th and Southern avenues were working in the area around 11:20 a.m. when they spotted a child around 3 years old near the bank of the canal.

The child was not with any adults and slipped into the canal water after crews spotted him.

The workers were able to quickly pull the child from the water, and fire officials arrived on scene to assess him. Officials say the toddler was in the water for about 30 seconds.

Maricopa County Sheriff's officials say the boy was running after a dog when he fell in.

He was taken to the hospital for precautionary reasons.