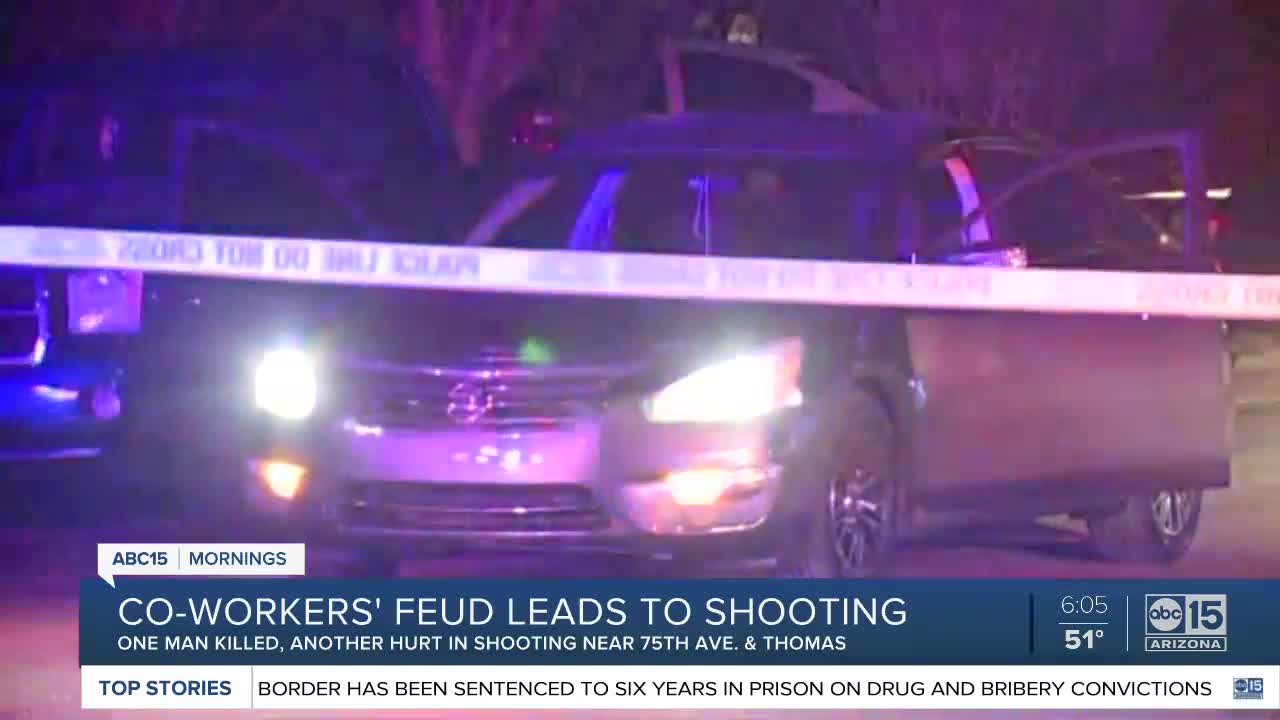 One man was pronounced dead at the scene. 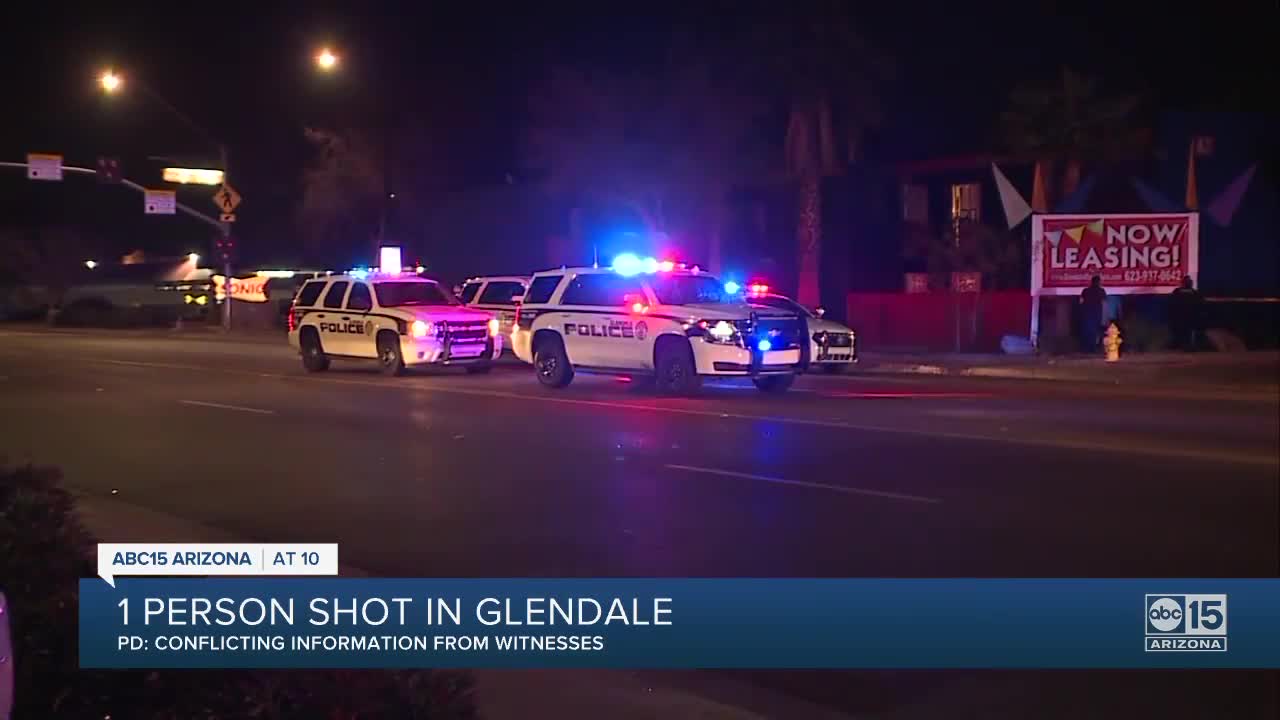 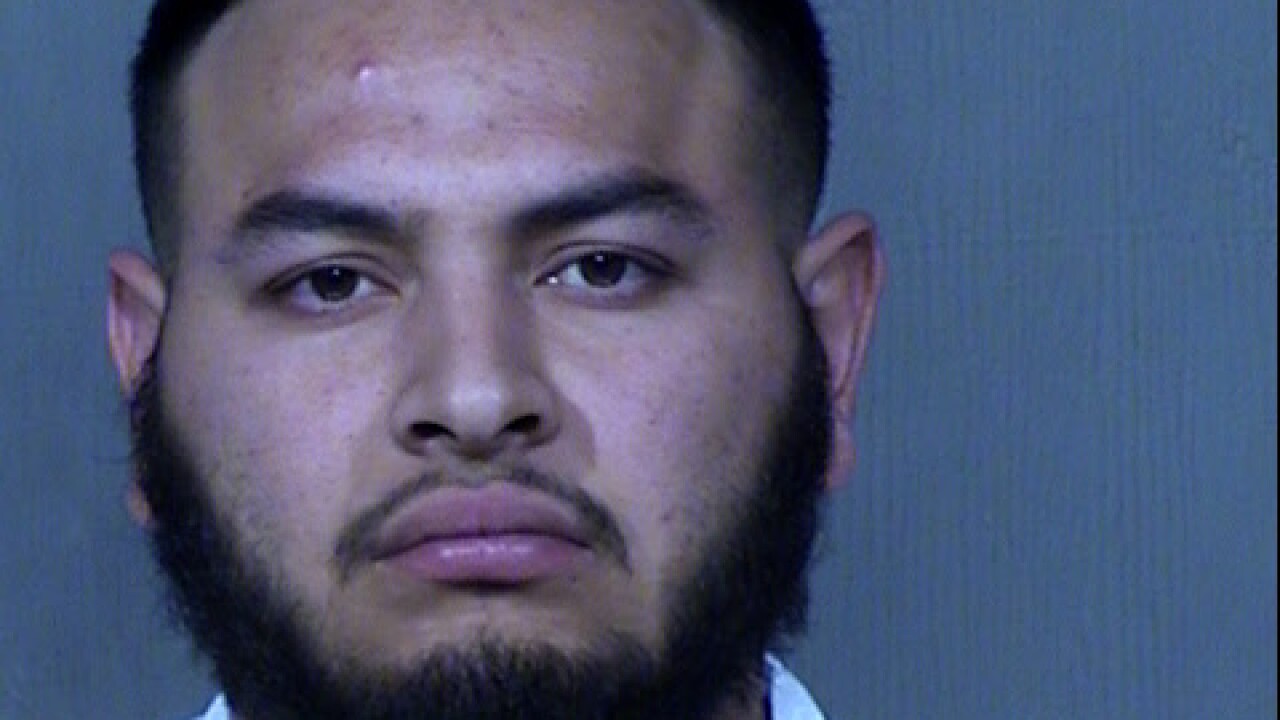 PHOENIX — Phoenix police say one man was killed and another person was hurt in a shooting in the west Valley on Sunday morning.

Authorities were called to the area of 75th Avenue and Thomas Road around 2:00 a.m. Sunday for reports of shots fired.

Officials say the incident occurred amid an ongoing feud between two women who are co-workers.

The victims were followed by 24-year-old Gabriel Munoz who was traveling with his girlfriend.

Both victims turned onto a street to get away from Munoz, but it was a cul-de-sac where Munoz opened fire on the victims, police say.

Diaz was pronounced dead at the scene and the other victim was taken to the hospital for treatment. None of the women involved were hurt.

Munoz fled the scene but was later located and taken into custody.

He was charged with first-degree murder, aggravated assault and other felony charges.