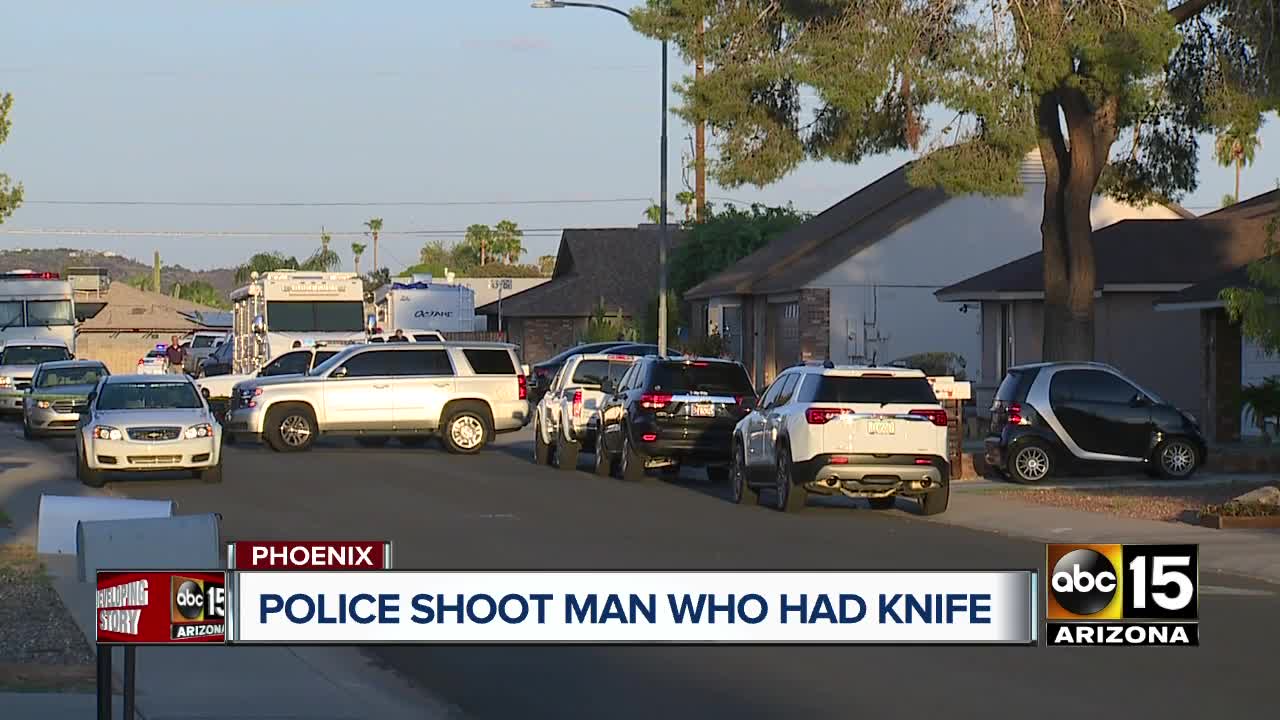 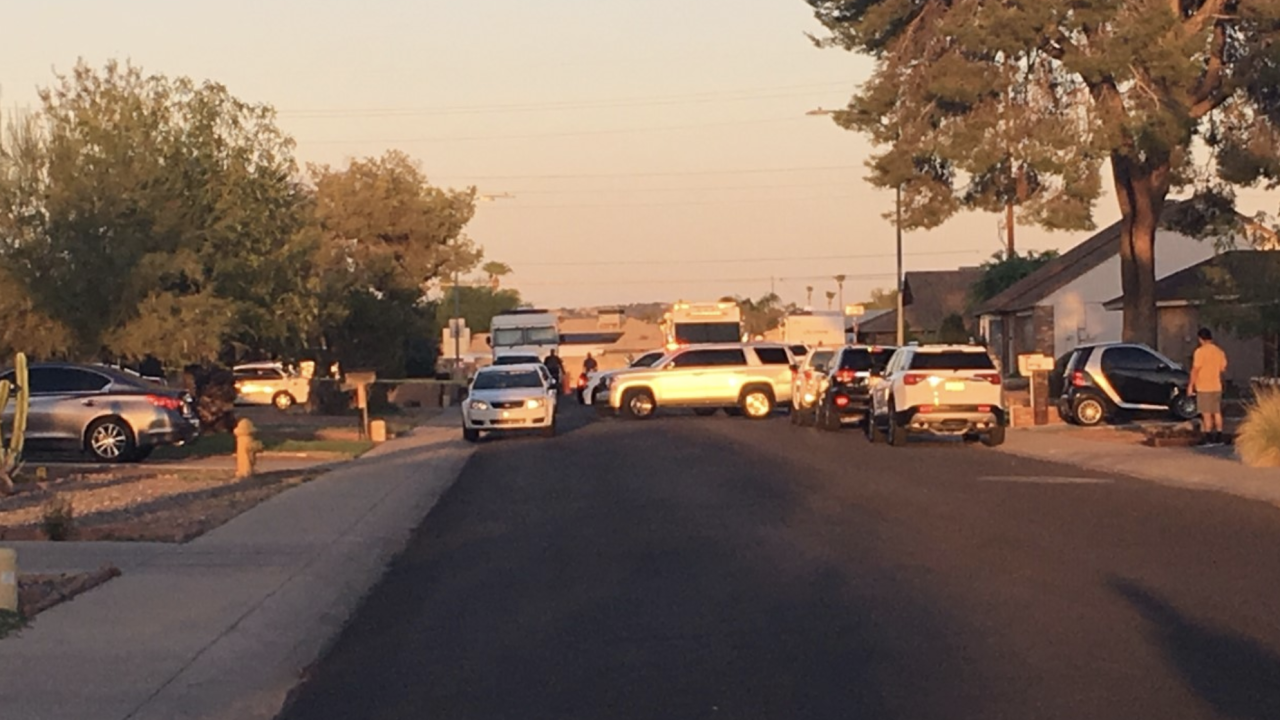 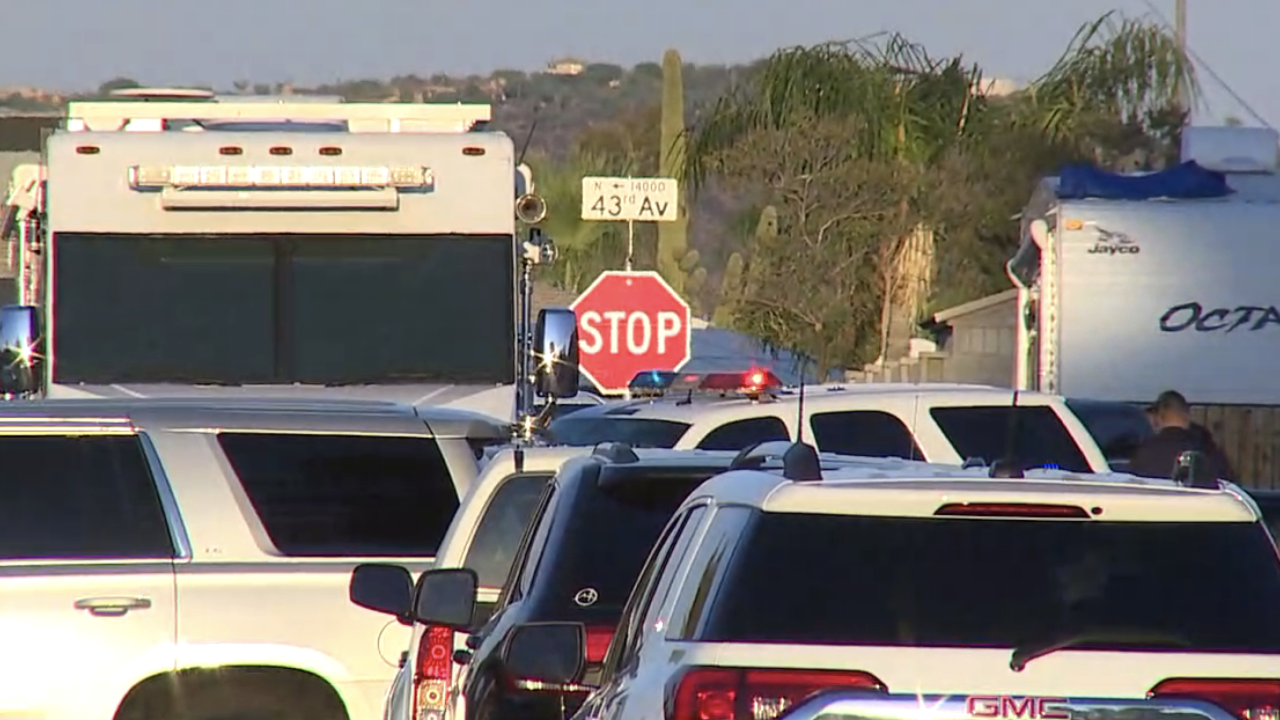 PHOENIX — Phoenix police say a suspect is dead after an officer-involved shooting on Monday afternoon.

Officers were called to the area of 43rd Avenue and Thunderbird Road after 4:30 p.m. for a domestic violence incident between a man and his mother.

The victim reportedly went to a neighbor’s home for help and she was taken to the hospital.

The 47-year-old suspect, Hector Miranda, was reportedly armed with a what ended up being a replica handgun and machete-like knife. Miranda allegedly then came out of the home and was still armed with the knife.

Police say they tried to use less-lethal methods to stop the suspect before he was shot, leaving him in extremely critical condition. He was later pronounced dead.

The victim has since been released from the hospital.