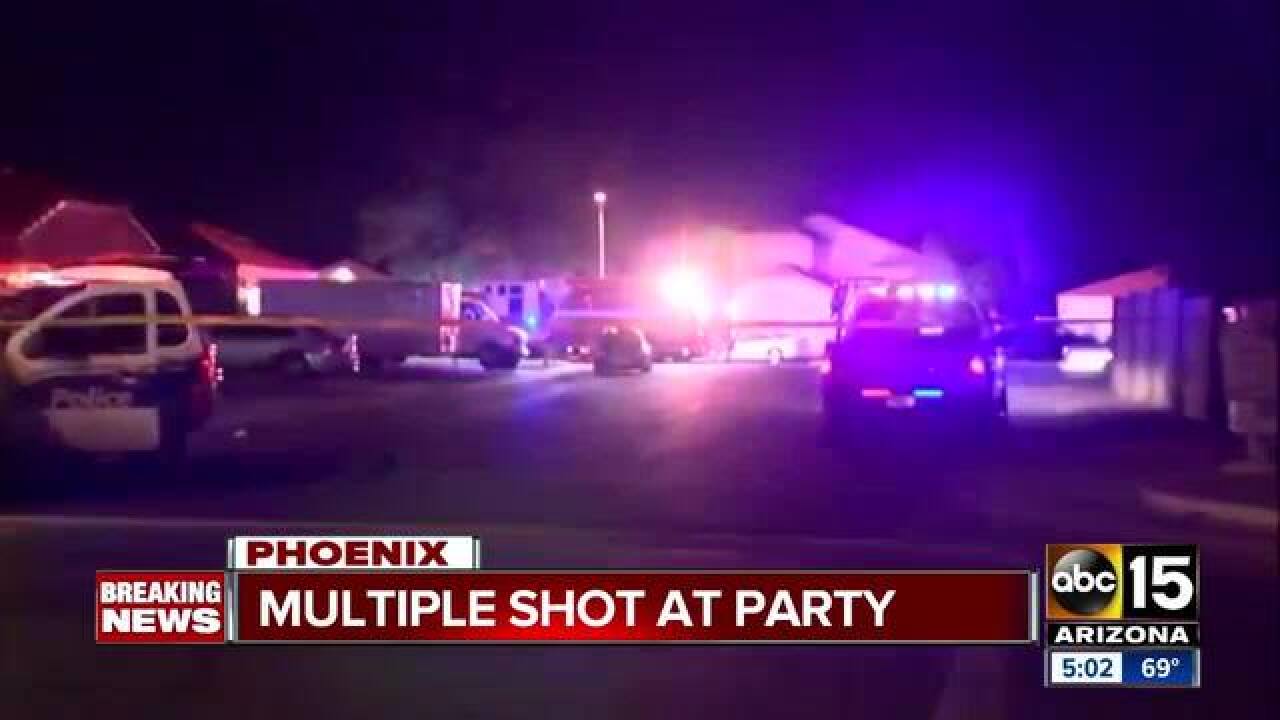 An investigation is underway after four men were shot at a party in west Phoenix Saturday morning.

Before 2:30 a.m., officers responded to a party involving young adults near 87th Avenue and Thomas Road.

Officers located four victims, all in serious condition, according to Phoenix police.

The victims are expected to survive their injuries, police said.

Police say between 30 to 50 people were at the party at the time of the incident.

Anyone with information on this crime is asked to call the Phoenix Police Department.