One killed, two hurt in crash near 43rd Avenue and Van Buren Street 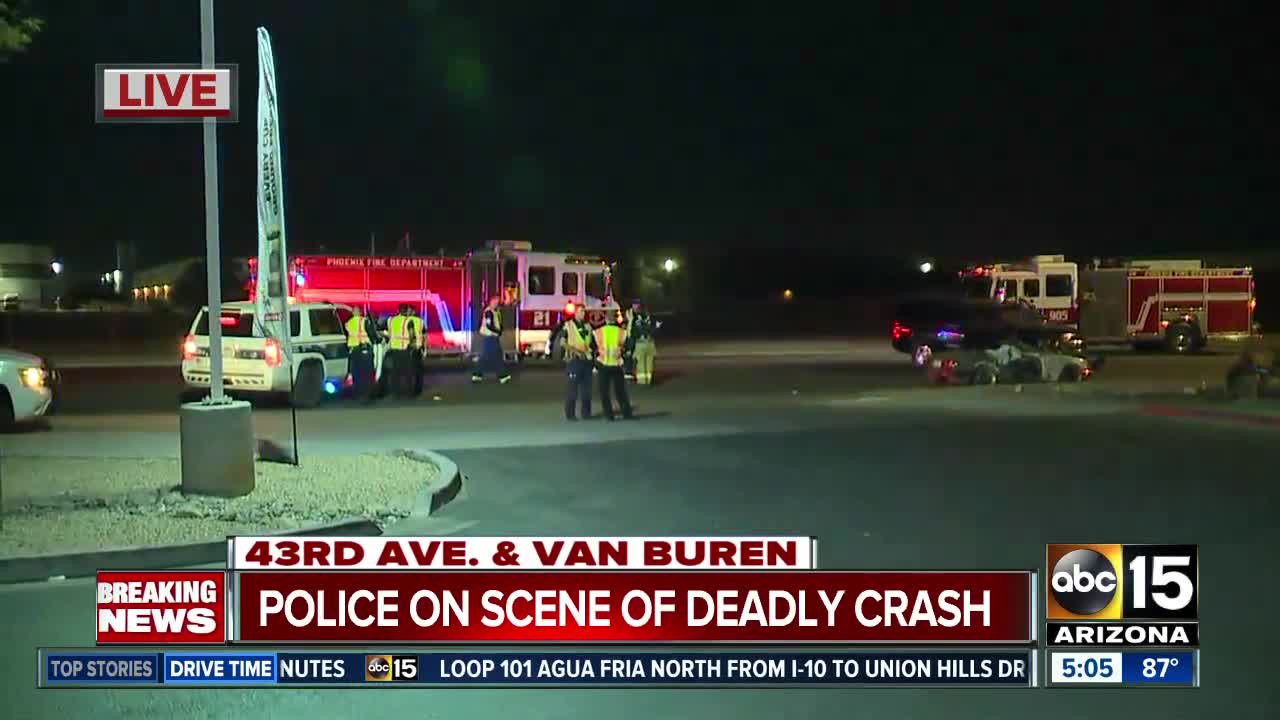 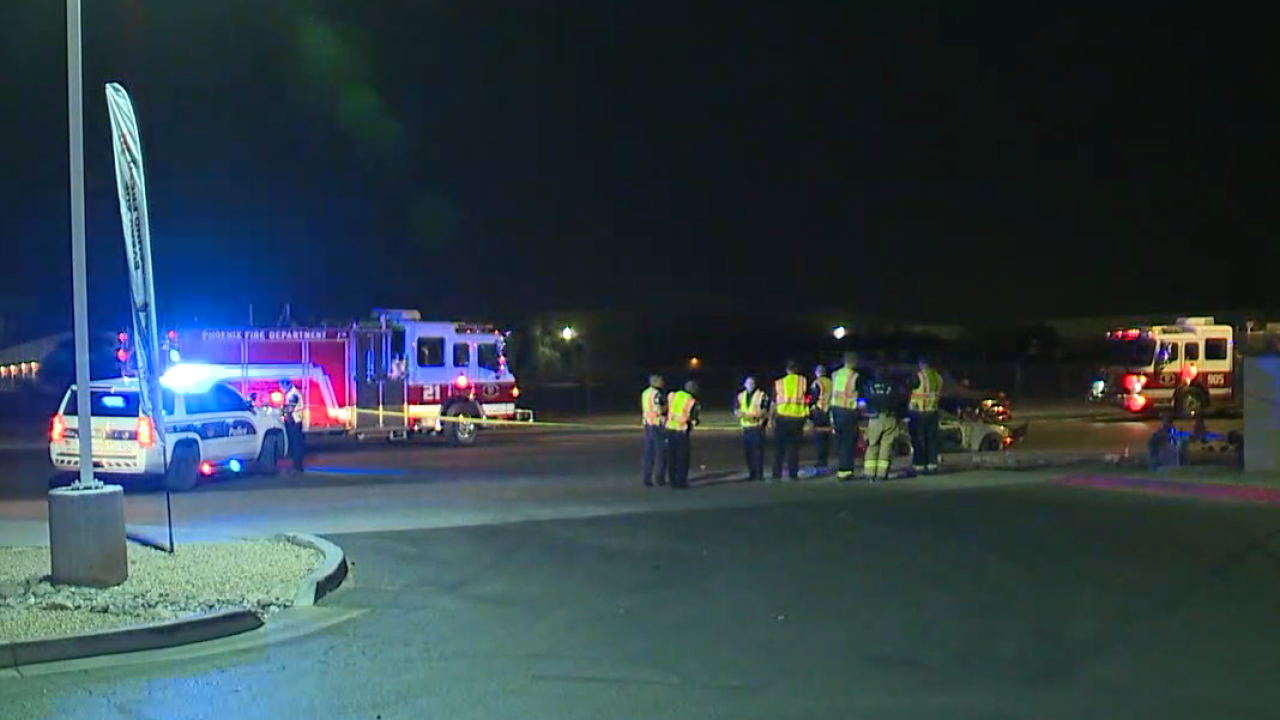 Officials were called to the scene around 4:30 a.m. Thursday after a Mazda Miata struck a Chevrolet Tahoe while turning into a Circle K parking lot.

Police say the 27-year-old driver of the Miata failed to yield to the Tahoe, resulting in the crash.

Crews on scene say the passenger in the Miata, 18-year-old Austin Shute, was killed. The driver suffered non-life-threatening injuries.

The Tahoe driver, a 45-year-old woman, was uninjured.

Police say neither driver was impaired at the time of the crash.