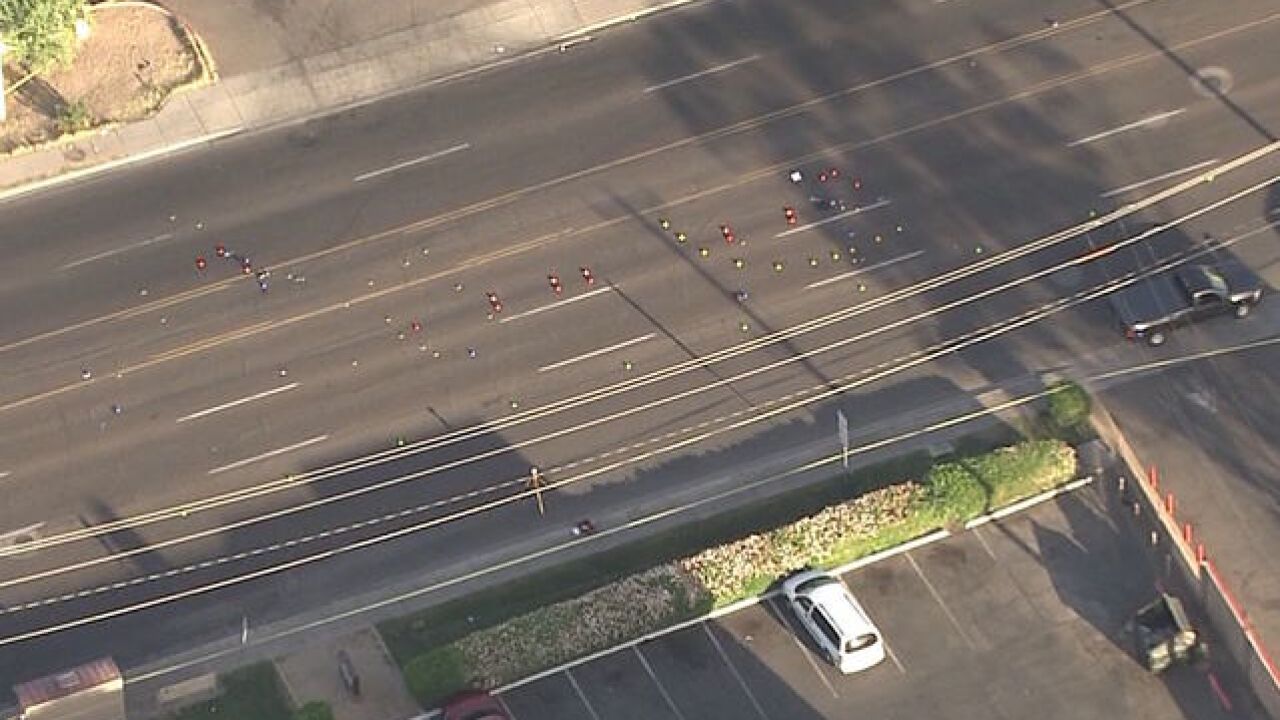 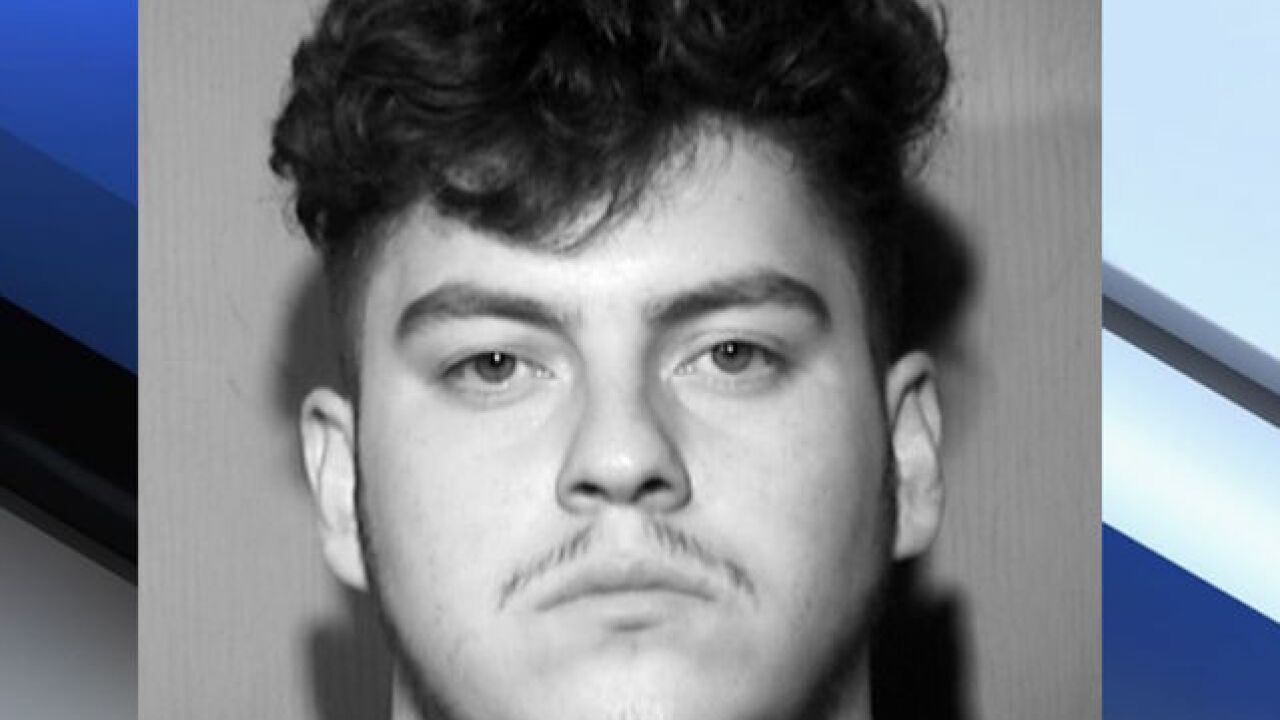 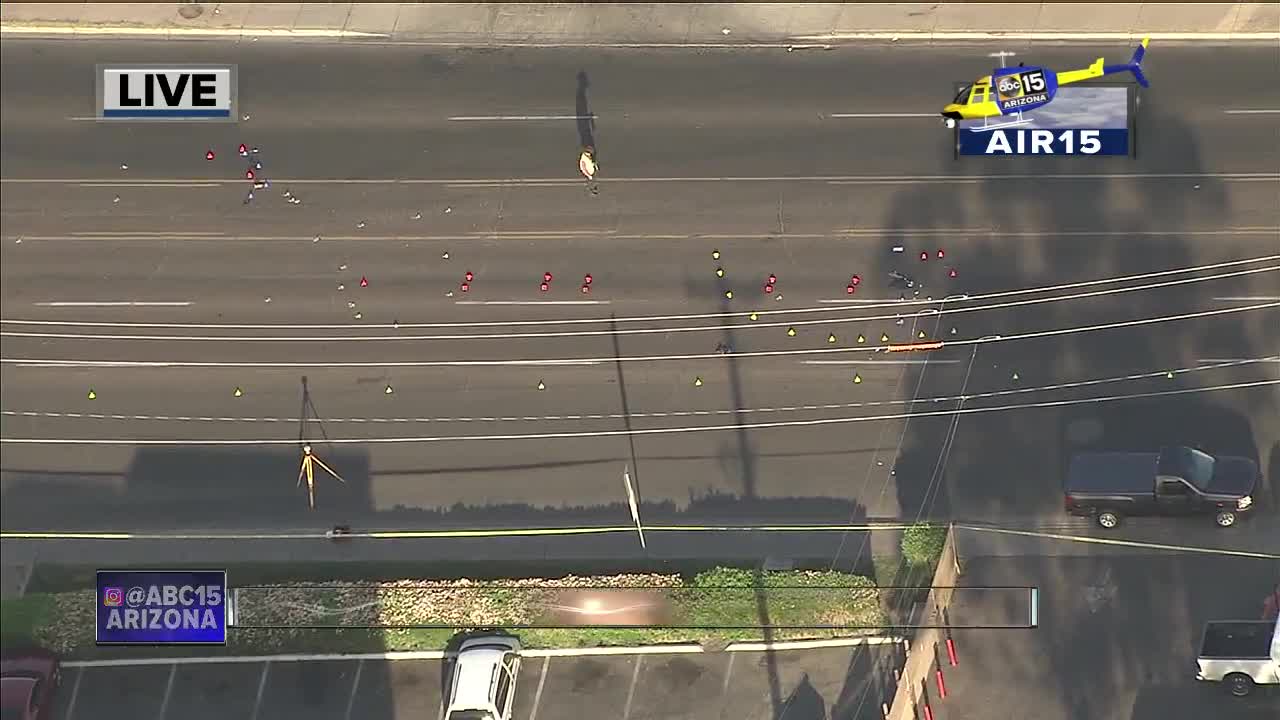 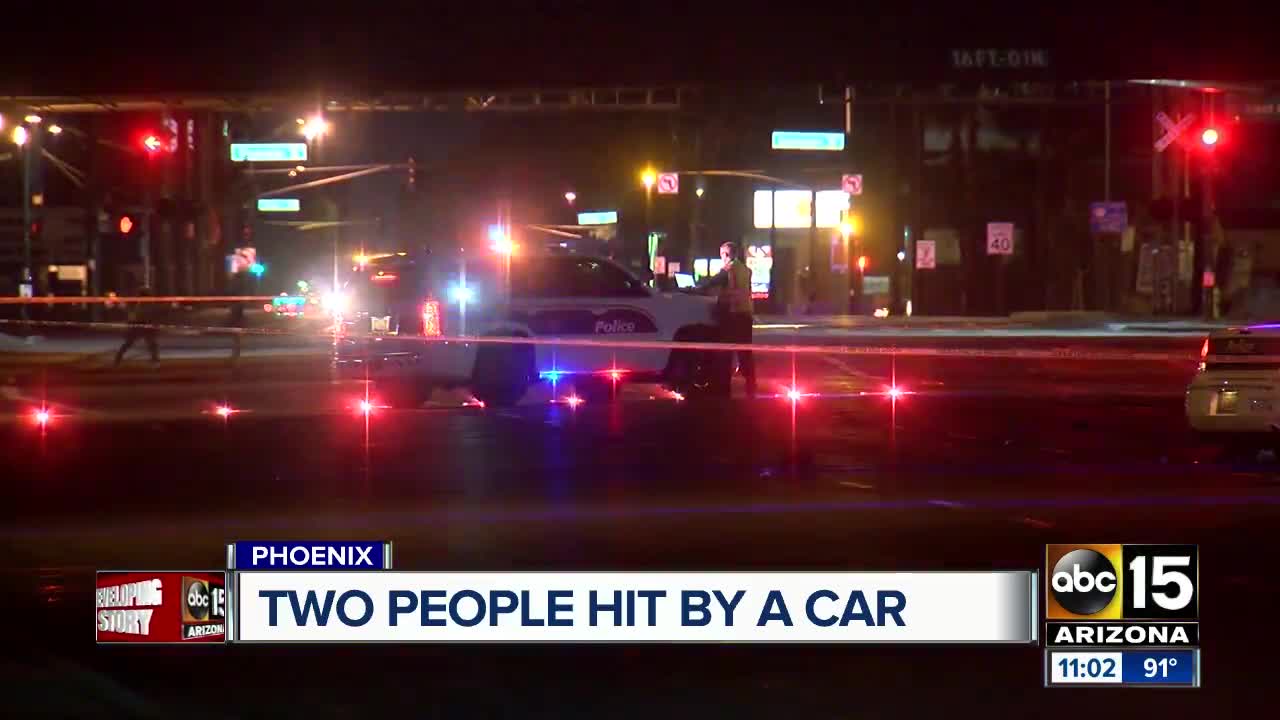 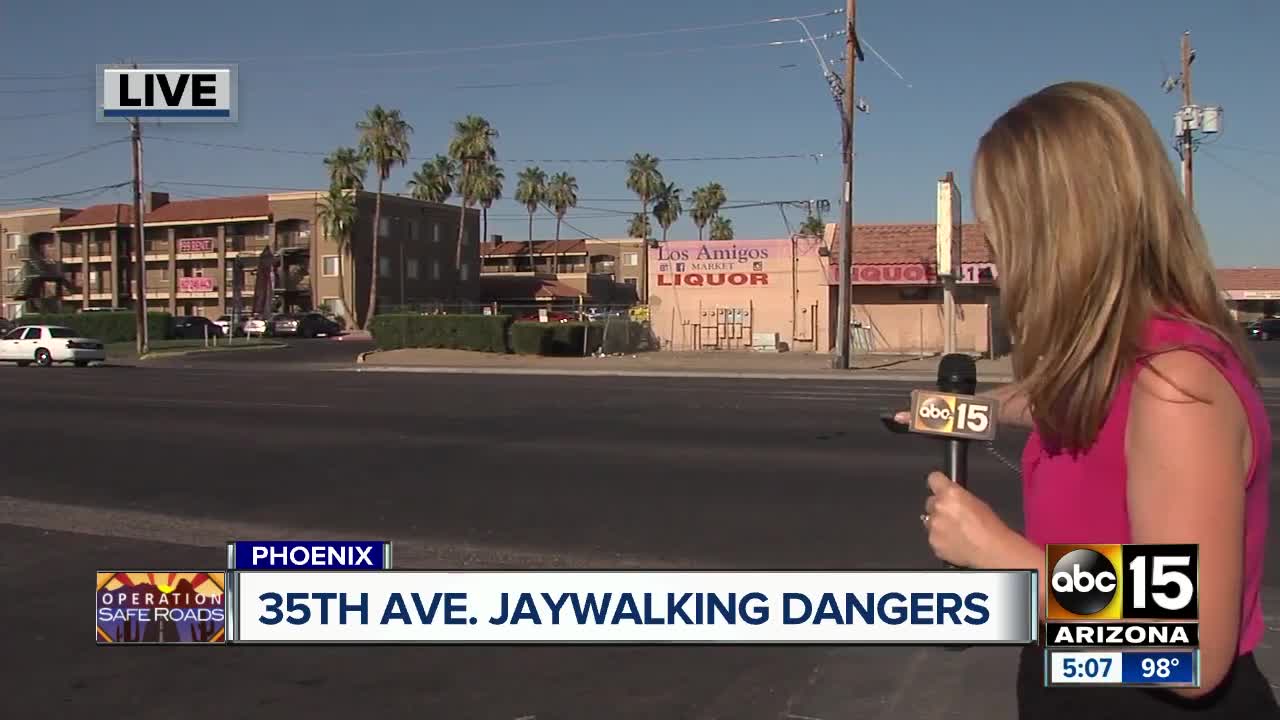 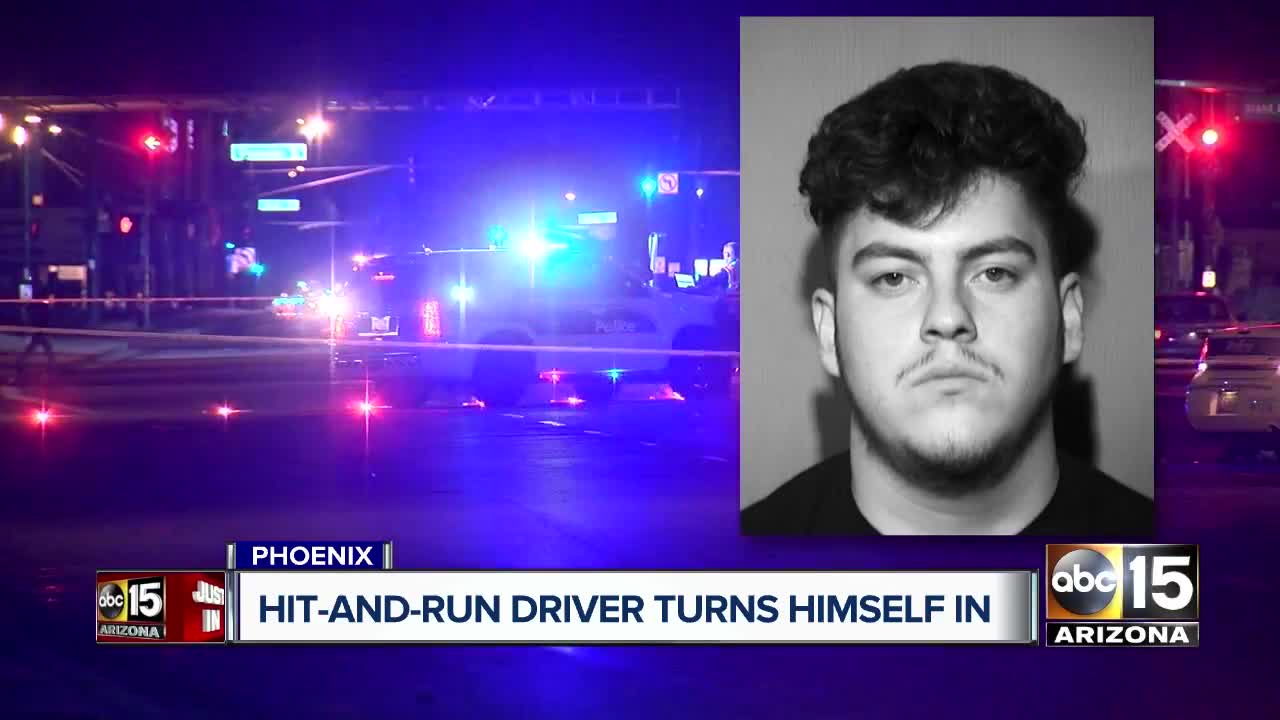 A man and woman are hospitalized after being struck by a hit-and-run vehicle in west Phoenix.

Police were called to the area of 35th Avenue and Indian School Road early Friday morning after receiving reports of a crash.

The pedestrians, a man and woman, were crossing the street mid-block when they were struck, a Phoenix police spokeswoman said.

The impact of the crash caused the female victim to go into the southbound lanes where she was hit by another vehicle.

The man is hospitalized in critical condition and the woman is expected to be OK.

The drivers of both vehicles involved fled the scene after the crash.

The driver of the first vehicle, however, turned himself in Friday. He has been identified as 20-year-old Jonathan Zamora. He is being charged with leaving the scene of a collision resulting in death or injury.

The second vehicle involved in the crash was located, but no one was inside the car. That suspect has not been located. No description has been given.

Anyone with information regarding the crash is urged to call Silent Witness at 480-WITNESS.

The accident comes less than a week after Lorenzo Davis Jr. was crossing the road mid-block near 51st Avenue and McDowell Road and was struck by two cars.

Both vehicles left the crash scene after the collisions. One of the cars was located shortly after but was abandoned.

They were mostly hurrying to get to and from bus stops located mid-block. Others were crossing between an apartment complex and convenience store. There is a crosswalk at the three-way intersection of 35th Avenue, Grand Avenue and Indian School Road, but it can take five minutes or more to cross the street that way.

"They are risking their lives," Johnathan Cornejo said as he watched the jaywalkers." They don't know if a car is coming over speed and they can get hit. They might not even come home the same day."

Abc15 reached out to the City of Phoenix asking what's being done to stop the hazardous situation. A spokeswoman said the city applied for federal money to build HAWK, a special lighted crosswalk in the area. The city should know if the funding is approved in July.

The Governor’s Highway Safety Association says Arizona has the highest amount of pedestrian deaths in relation to the state’s population.