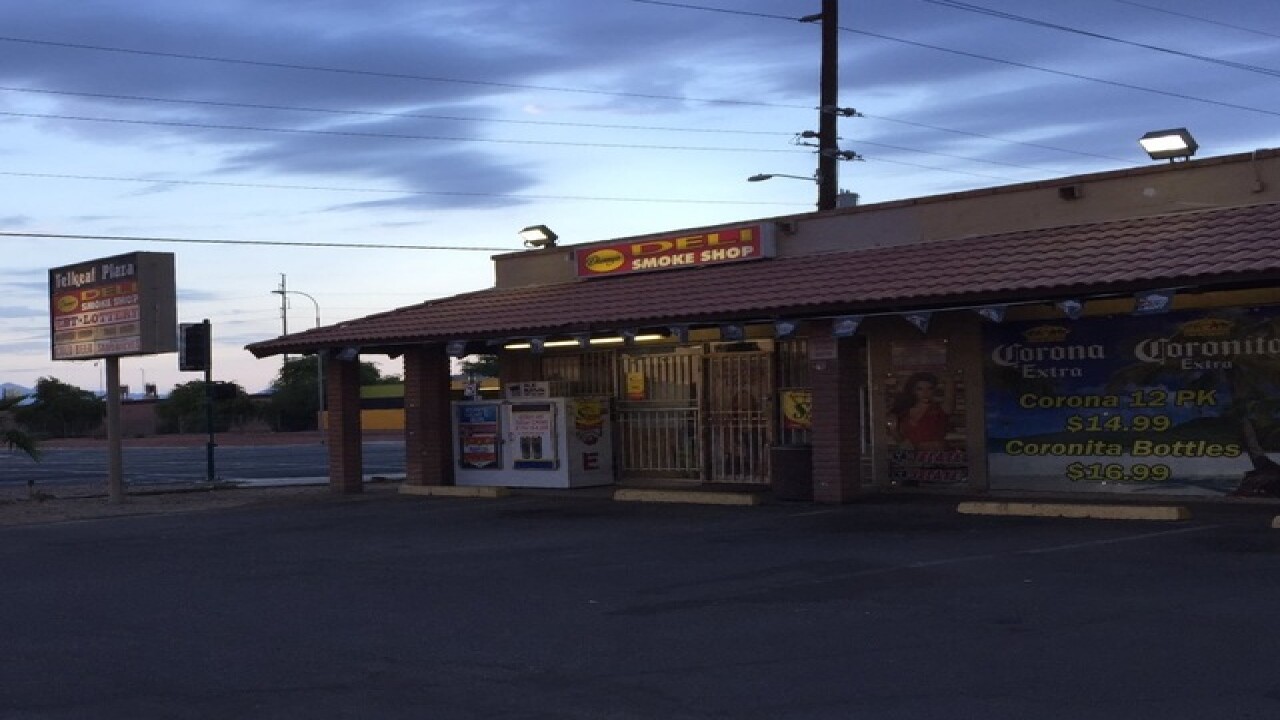 Police in Phoenix are investigating a homicide near 40th Avenue and Camelback Road that happened late Saturday night.

According to the Phoenix Police Department, a 50-year-old man who frequented a deli in the area fell through the door of the store after being shot. Police say Ernie Solano entered the store, made a purchase, left and then moments later he fell into the store.

People who were in the nearby area heard a gunshot but didn't see a shooter.

Police arrived to the scene and found the injured man. Solano was taken to a hospital where he later passed away.

At the moment, suspects and motives have not been identified. Anyone with information is asked to contact the Phoenix Police Violent Crimes Bureau at (602) 262-6141 or Silent Witness at (480) WITNESS.

Police do not believe the crime is related to the string of shootings in the Maryvale area.

Police are still investigating and no other information is currently available.