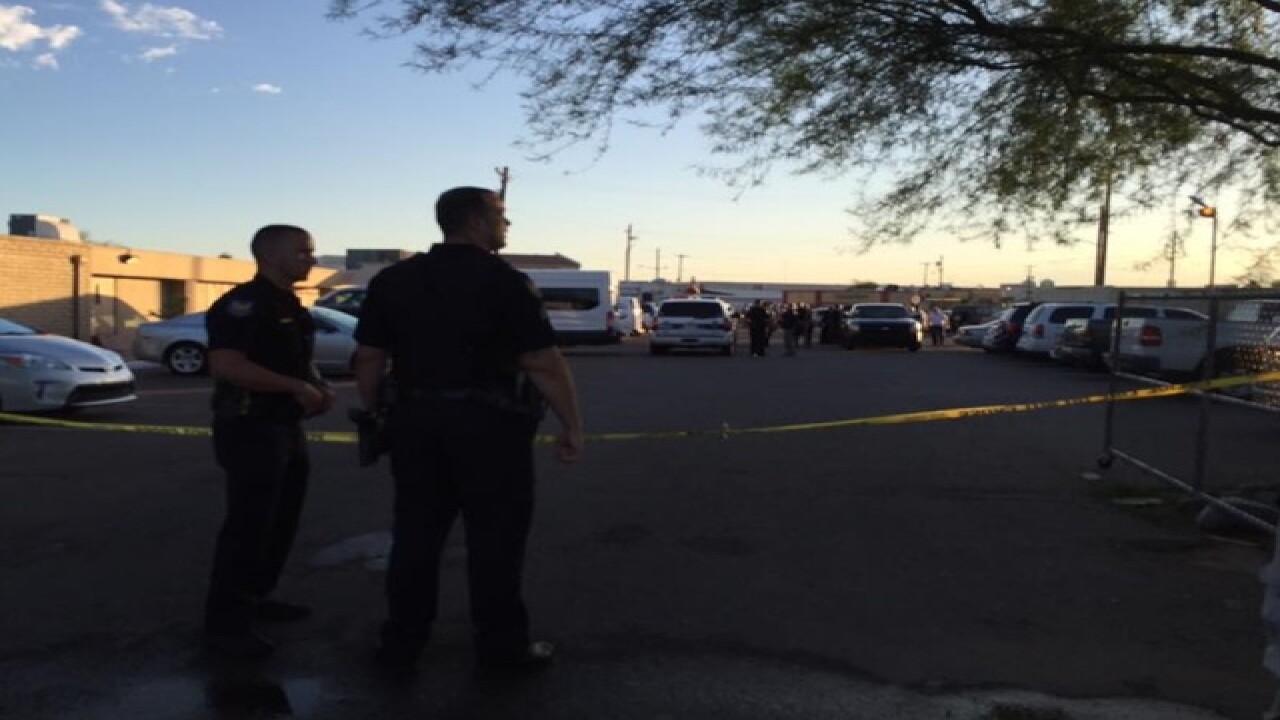 Phoenix police have identified two people connected to a homicide and officer-involved shooting in the West Valley.

According to the Phoenix Police Department, a suspect was being sought by police when he cut a 35-year-old officer with a knife. Police were executing a search warrant at an apartment complex in the area of 43rd Avenue and Indian School Road early Saturday morning.

Police said five officers went into the suspect's home and one officer entered a bedroom. The suspect, 38, lunged out of a closet armed with a knife and cut that officer across the hand. The officer, who is a detective and has been with the force for 14 years, grabbed his gun and opened fire on the suspect after he was injured, according to police. Two of the officer's fingers were cut and the detective needed stitches for his injuries.

Police said the detective was trying to avoid opening fire on the suspect, but was forced to when the armed suspect lunged at the officer.

The investigation is on-going, stay with ABC15 for the latest.