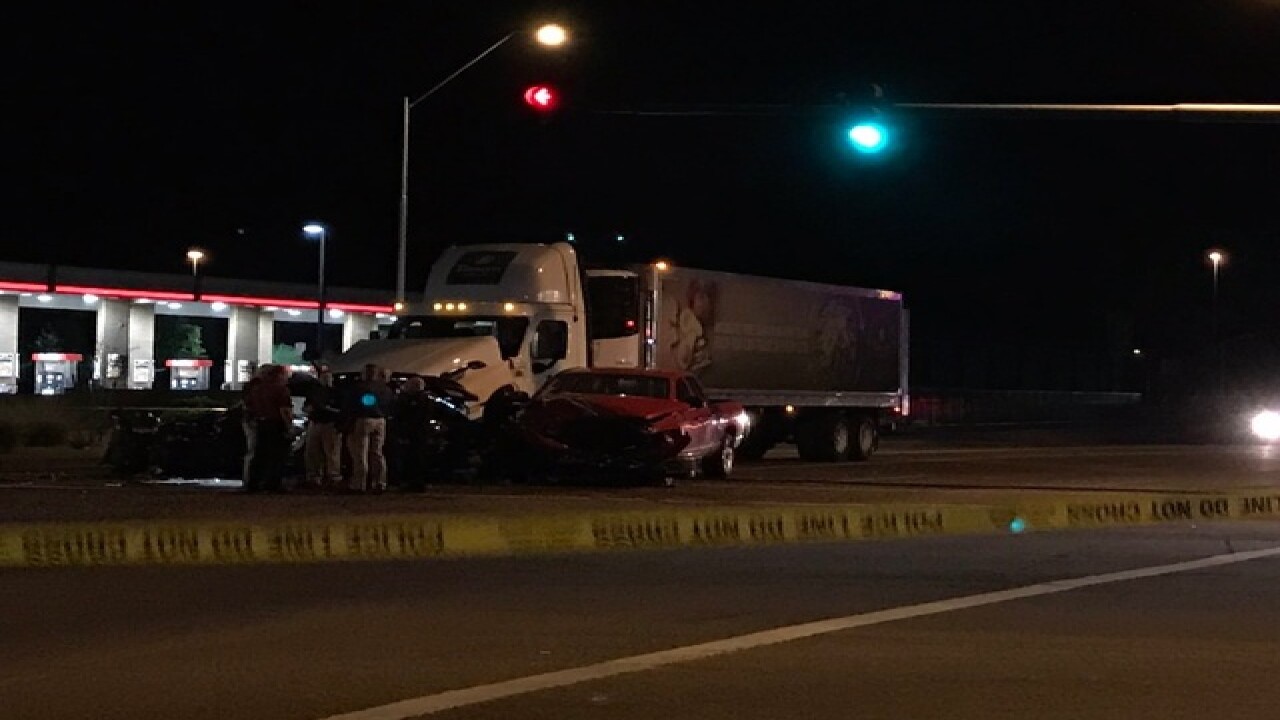 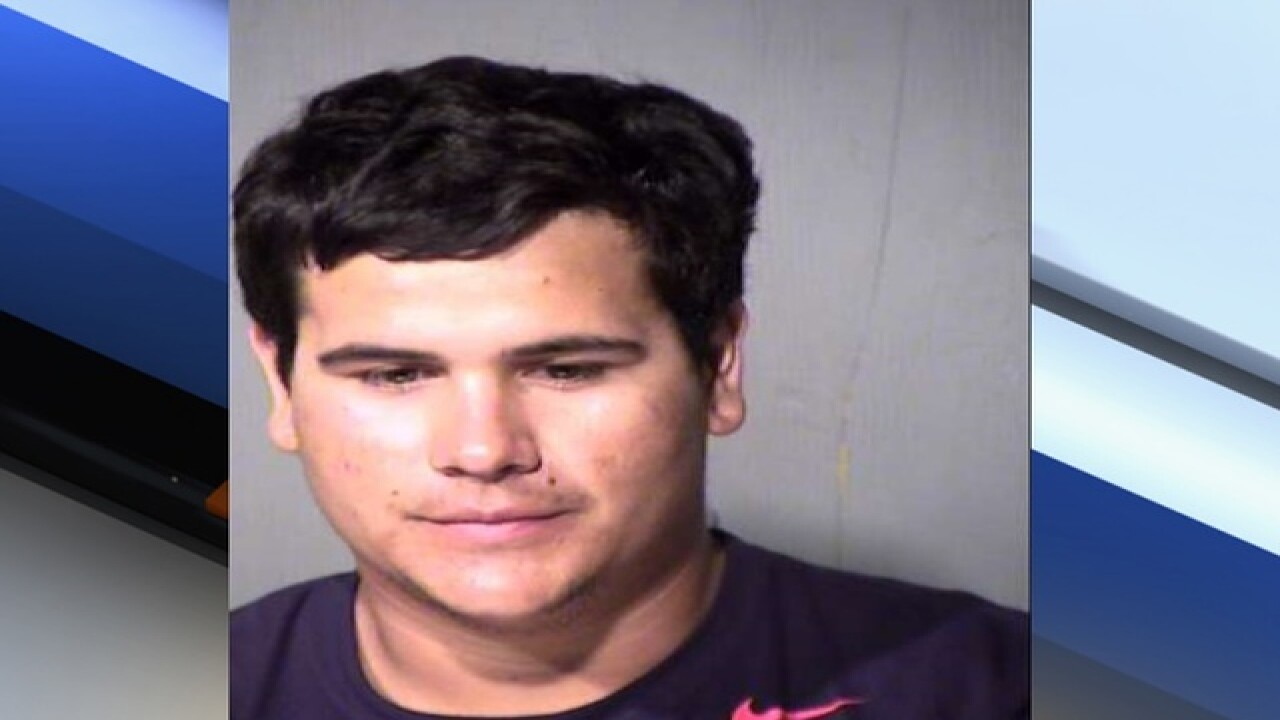 Phoenix police are investigating after a multi-car crash overnight left one woman dead.

According to Phoenix Fire officials, around 1:15 a.m. Saturday, a car, truck and semi were involved in a crash in the area of 28th Drive and Cactus Road.

Police say the driver of a red truck ran a red light, hitting a black Nissan Versa with two people inside.

The impact pushed the Versa into a semi truck that was sitting at the stoplight.

The driver of the Versa, only described as a Hispanic woman, was killed. Her passenger, a 23-year-old woman,  was taken to the hospital with life-threatening injuries.

The driver of the semi truck, a 45-year-old man, suffered minor injuries.

Police say the driver of the truck, 26-year-old Randall Nelson, was booked into jail on charges of negligent homicide, endangerment and aggravated assault.