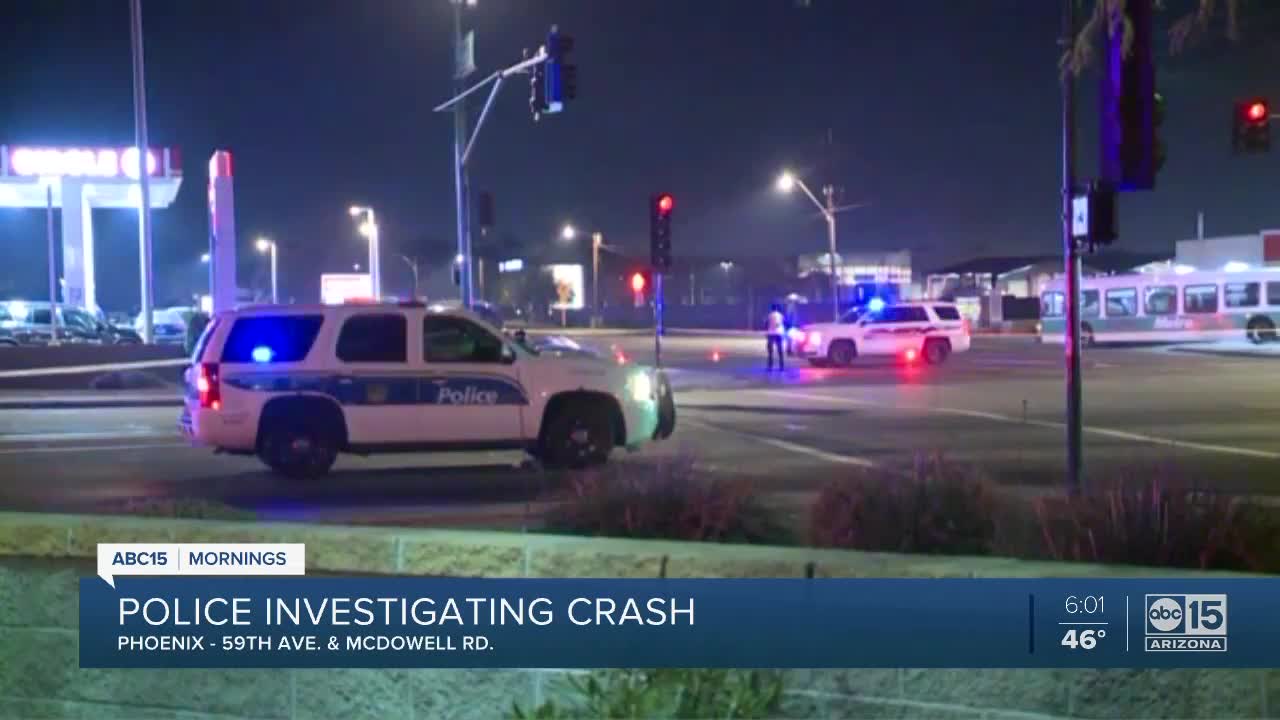 Phoenix police are investigating a crash near 59th Avenue and McDowell.

PHOENIX — Phoenix police are investigating a crash in west Phoenix near 59th Avenue and McDowell Road.

It happened around 1 a.m. Sunday.

Video from the scene shows a police scene at the intersection which was blocked off.

It's unclear if there were any injuries.

We've reached out to police for more information.