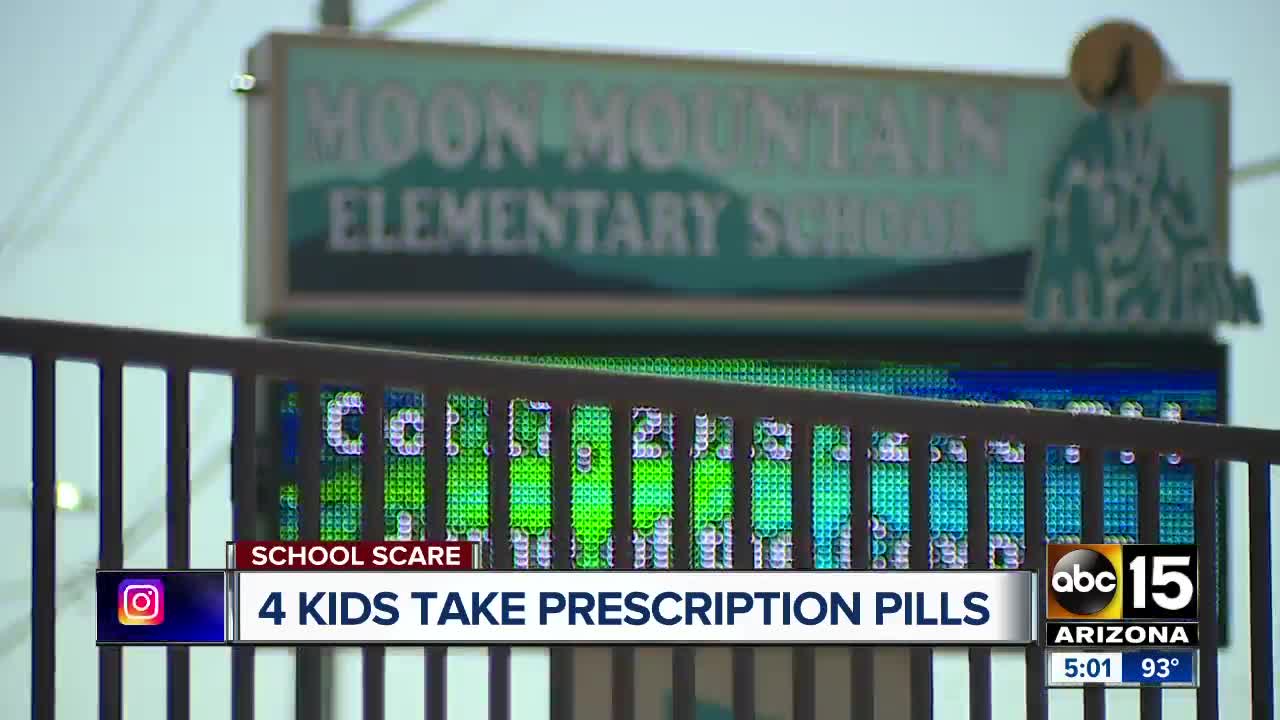 Four kids were hospitalized Thursday after taking prescription pills on a school bus in Phoenix on their way to school. 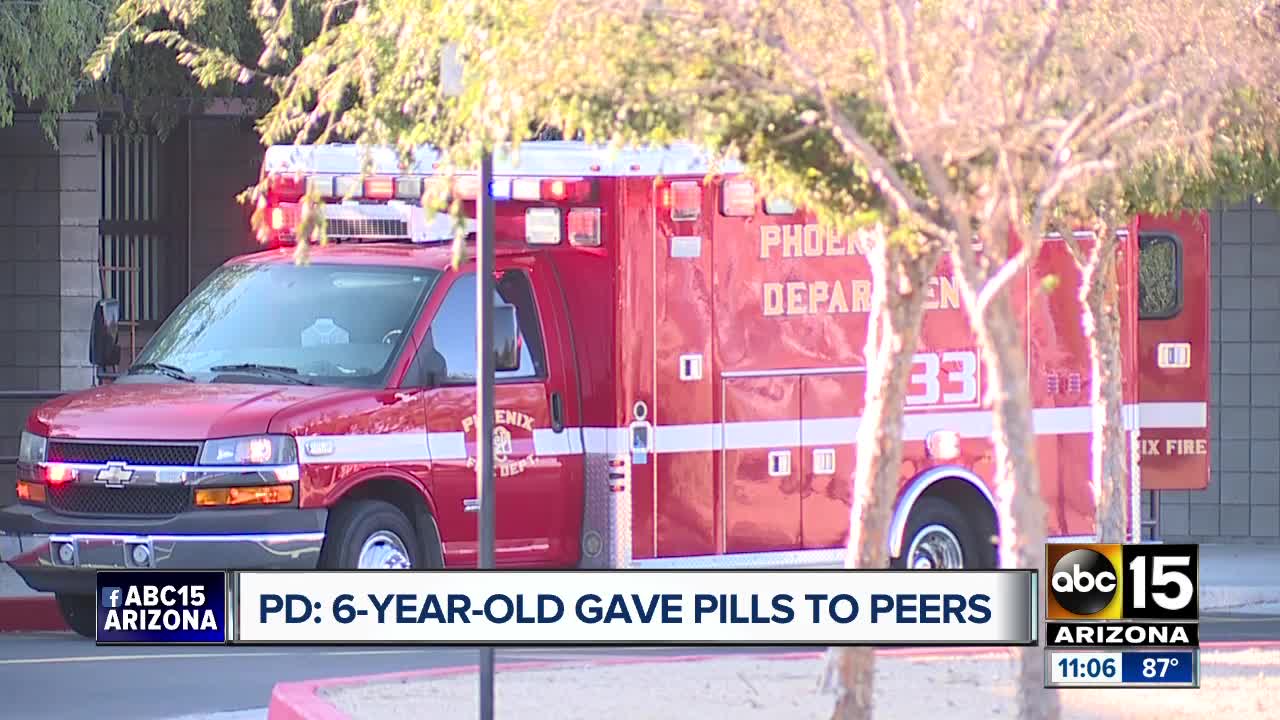 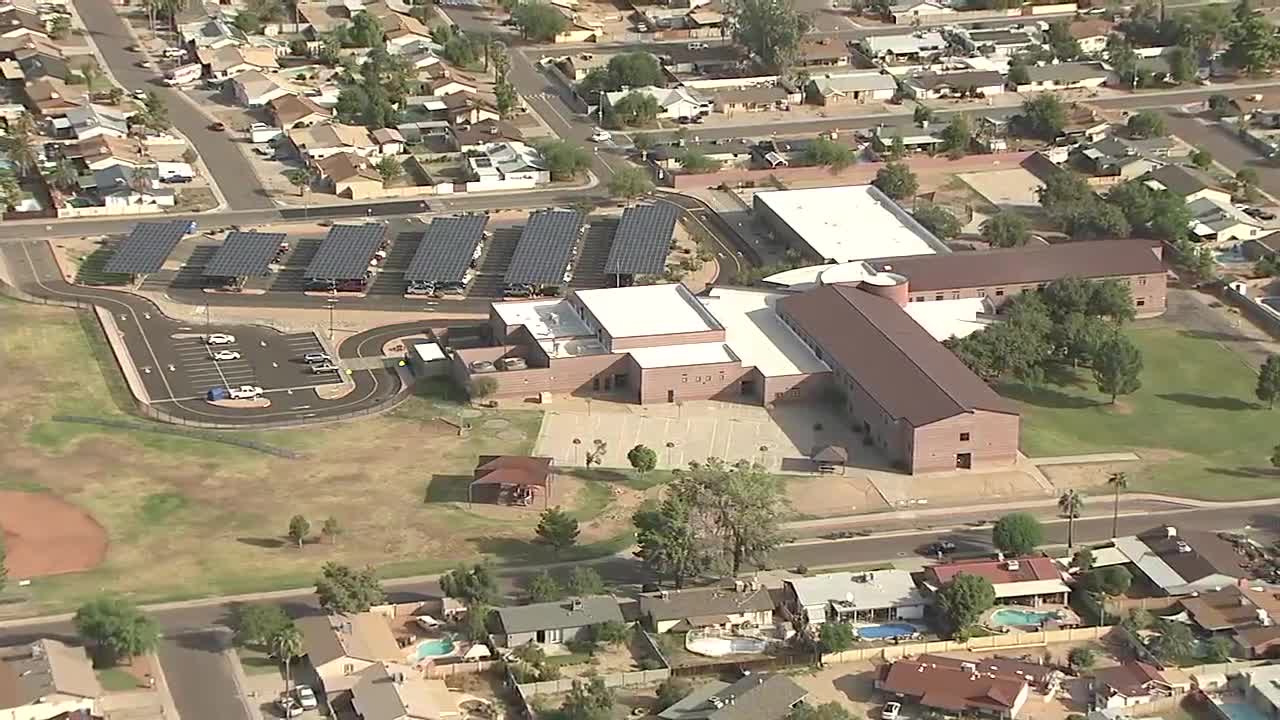 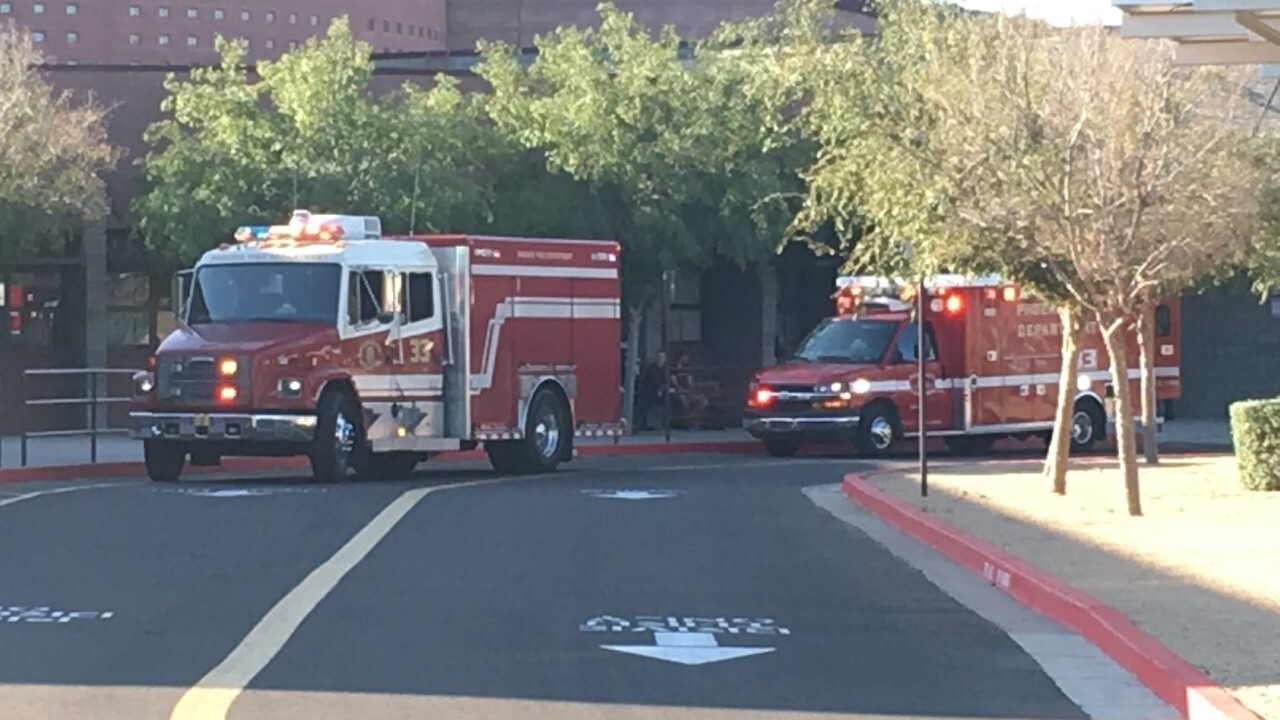 PHOENIX — Four elementary school students were taken to the hospital Thursday morning after taking prescription pills on the way to school.

Crews were dispatched to Moon Mountain Elementary School near 19th and Thunderbird avenues after 7 a.m. for an overdose call involving multiple patients.

According to Phoenix Fire Department, four elementary school students took "what appears to be heart medication pills" on the school bus Thursday morning.

Phoenix police say a 6-year-old girl took the prescription pills from an adult family member and gave them to four other 6- and 7-year-olds while they were on the way to school.

A staff member at the school became aware of what happened, brought the kids to the nurse's office, and called 911.

All four students were said to be alert, stable and talking to emergency responders, fire officials say.

Fire officials say the children were taken to the hospital by parents and will not be transported by ambulance.

One parent ABC15 spoke to said they were very concerned about this incident, and spoke to her children about safety and not taking someone's medication.

"Yes, that's been very heavy on my heart to try to talk to them, because they are 5,6, and 7," says Amanda Miracle, a parent of three children attending Moon Mountain Elementary School. "I have a friend who used to drive for the district and it's just a lot of pressure on them to watch all of these kids; a lot of them don't have help on the bus a lot of the teachers don't have help in the classroom, it's a lot."

Dr. Michelle Ruha, a toxicologist at Banner University Medical Center, says she believes the medication ingested was used to bring oxygen and blood flow to the heart and contains nitroglycerin.

"If a child was to take it, I might worry about them fainting or having low blood pressure. Typically the poison control center doesn't receive a lot of calls about people becoming ill after an accidental ingestion of nitroglycerin," Dr. Ruha said.

Phoenix police are investigating, but at this time, officials say no criminal intent has been identified.