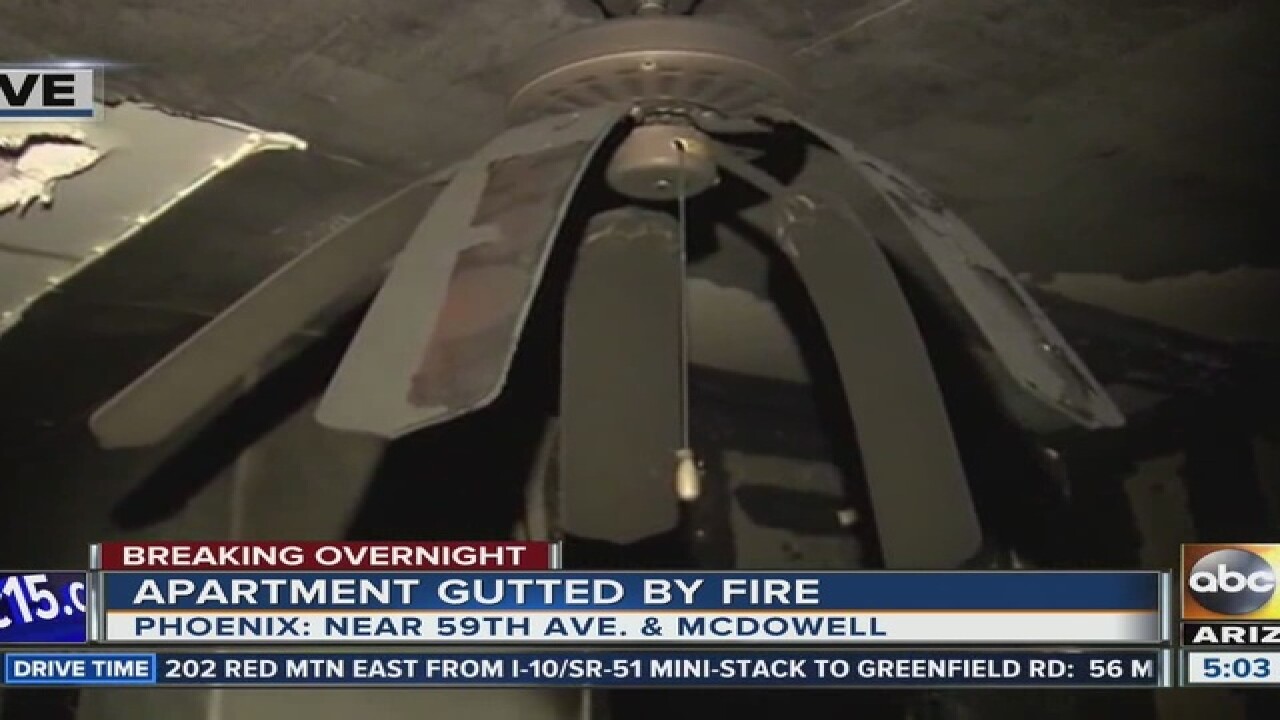 A West Phoenix family believes someone threw something onto their apartment balcony before it caught fire early Tuesday morning.

The fire broke out in a second-story unit at a complex near 59th Avenue and McDowell Road after the family reportedly woke up to a loud crash and popping sounds.

Neighbors helped make sure the family was OK and put out some of the fire with fire extinguishers.

The inside of the apartment is totally gutted and burned so hot that one of the ceiling fans melted. The family is now without a place to stay.

Other nearby families were able to get out OK and no injuries were reported.

Preliminary reports from fire officials say that the cause of the fire was accidental and that it does appear to have started on the back patio near the water heater.