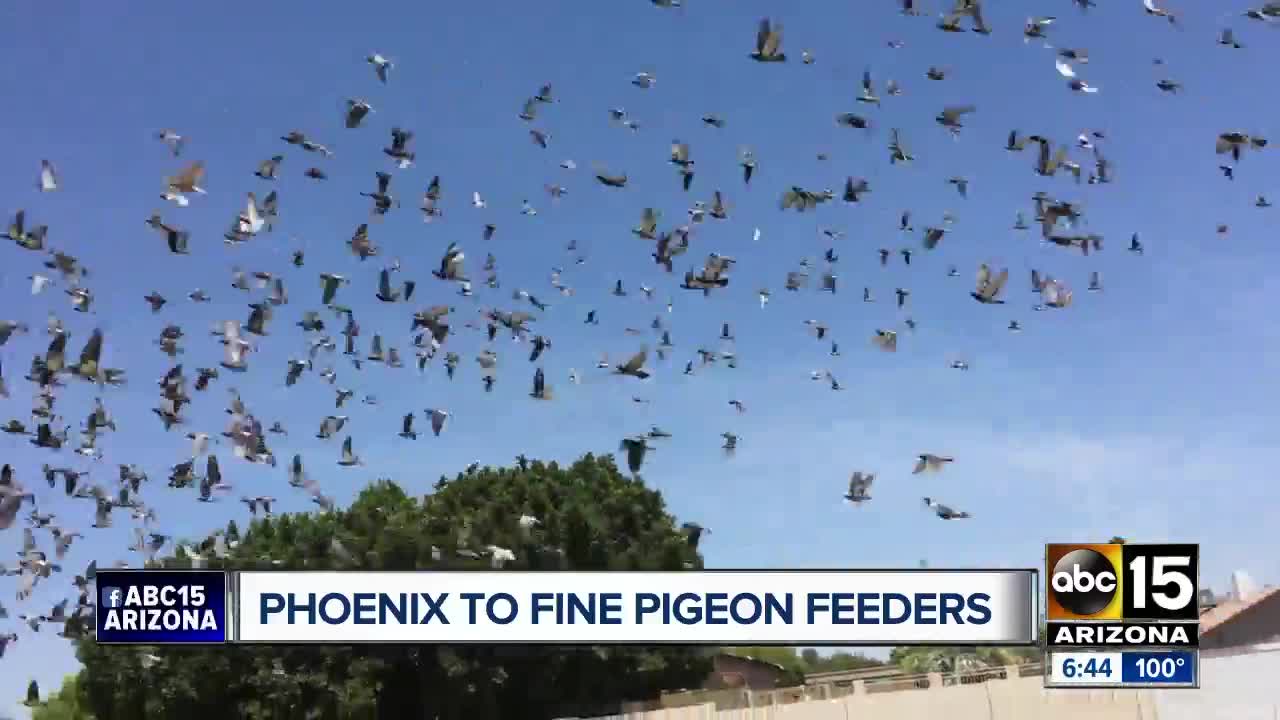 The action comes after one neighborhood advocated for years in favor of the measure. 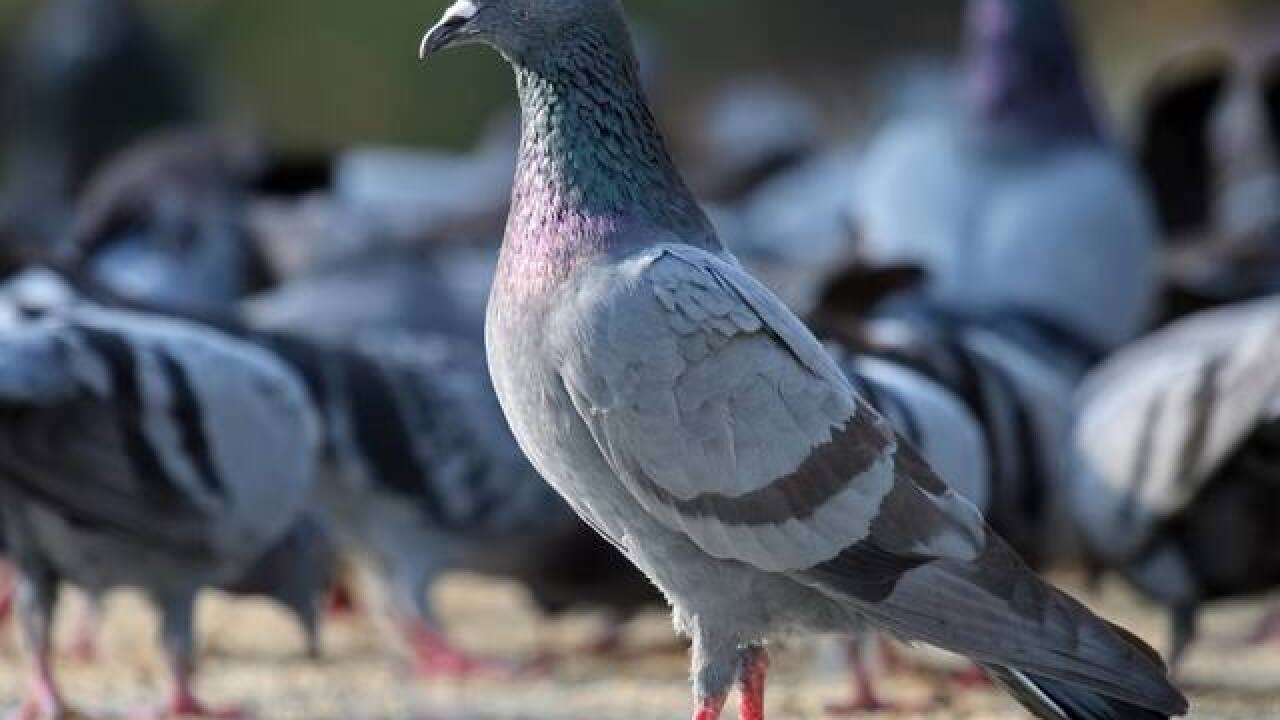 PHOENIX — Residents of a northwest Phoenix neighborhood hope their seven-year fight with one of their neighbors over feeding pigeons will finally end.

Literally hundreds of birds make multiple flights daily from the Conocido Park on 31st Avenue to a home a few blocks away.

"There's one person feeding the birds with large bags of feed at his house and the neighborhood park. This happens daily at each location," Sherry Marynik told the Phoenix City Council Wednesday.

Marynik was one of several people who asked the council to adopt an ordinance prohibiting the feeding of pigeons.

"Everything that I've owned for the last 7 years has been pasted on a daily basis," Keith Busby said. Busby's home is along the pigeons flight path. "It's disgusting and we've fought and begged for seven years for this day to come."

The City Council passed the ordinance which imposes fines up to $2,500 and can include criminal penalties for those caught feeding the birds. "I don't know. They just keep coming around here all the time. I don't understand it." Randall Hunsaker acknowledges there is a pigeon problem in his neighborhood. But despite what his neighbors say, he claims he is not the reason for it.

"How can you blame just one person," Hunsaker says. "I don't know what to tell you, they all live in these trees along the street."

Shortly after talking with Hunsaker, I watched him feed the birds as I drove up to the park. While he does not view himself as the problem, it may soon be up to the city to determine if Hunsaker is right about that.

"They can come over every day if they want. How's that? That fair enough?"