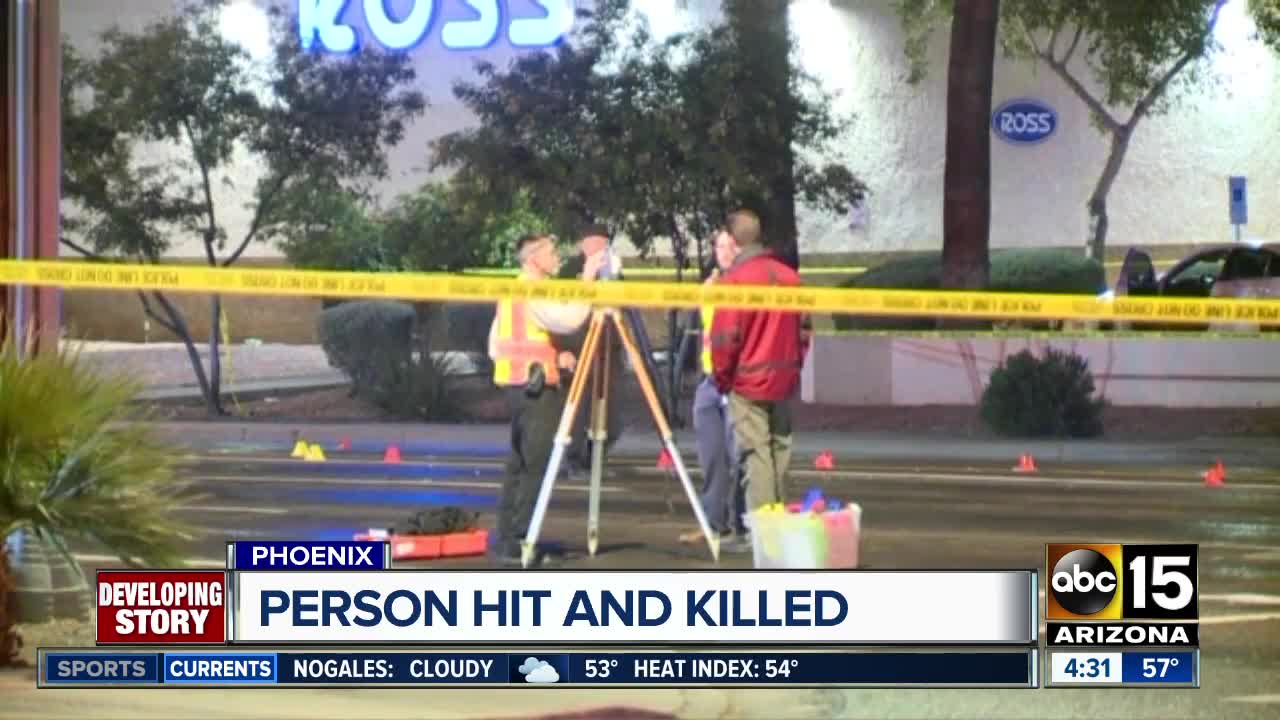 Police say a pedestrian was hit and killed near 53rd Avenue and Indian School Road.

PHOENIX — Police are investigating a deadly pedestrian-involved crash in Phoenix.

Police say 28-year-old Abimael Avendano Benitez was struck by two vehicles while he was crossing Indian School Road, against the signal at the intersection of 53rd Avenue.

He was reportedly pronounced dead at the scene of the crash.

Both drivers stopped after the collision and stayed at the scene. Neither driver was determined to be impaired and speed does not appear to be a factor in the crash.