PD: 16-year-old boy dead after being shot near 67th Avenue and McDowell Road 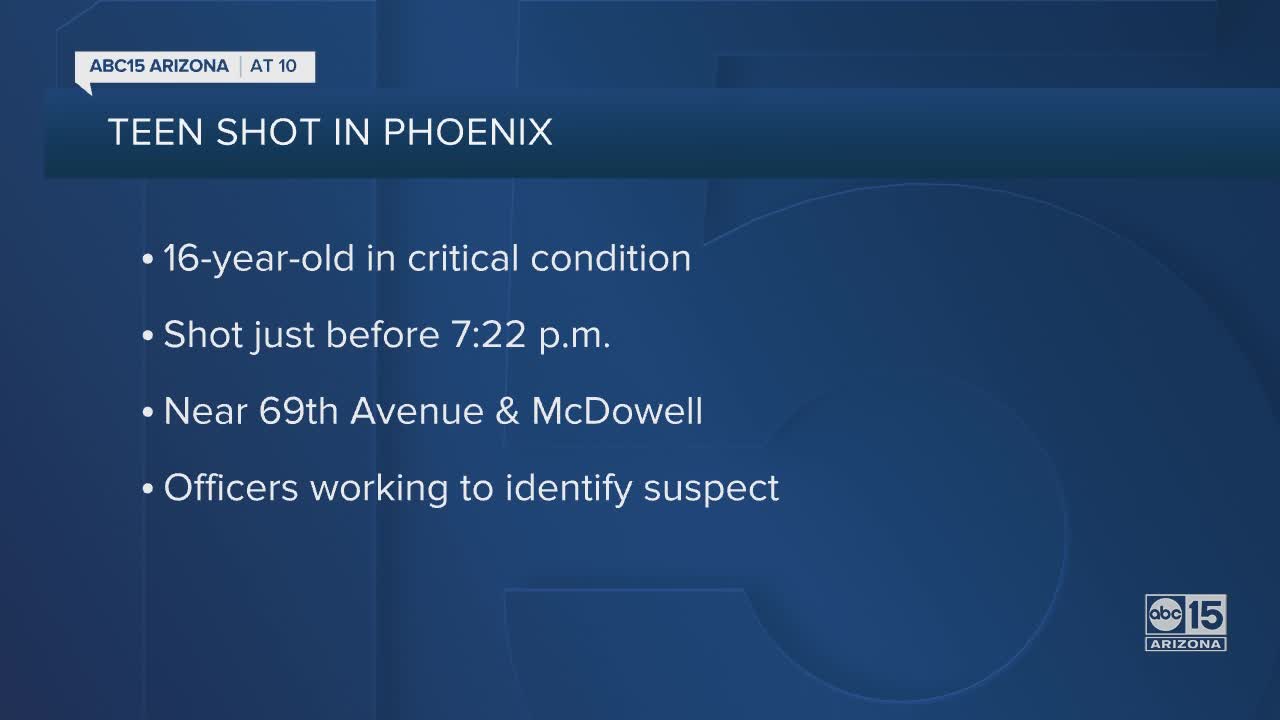 Phoenix police are investigating after a 16-year-old boy was shot near 67th Avenue and McDowell Road Saturday evening.

PHOENIX — Phoenix police are investigating after a 16-year-old boy was shot near 67th Avenue and McDowell Road Saturday evening.

Officials say they responded to the scene at around 7:20 p.m. in reference to a shooting.

When they arrived on scene, officers say they found the teen, 16-year-old Jose Rodriguez, who had been shot in an apartment complex parking lot. Rodriguez was then transported to the hospital by Phoenix fire personnel in critical condition. Rodriguez later died from his injuries.

Officers say they are working to identify a suspect and a motive in this incident. Witnesses say the teen was talking to a group of people before the shooting occurred.

Anyone with information is asked to call the Violent Crimes Bureau at 602-262-6141 or to remain anonymous, call Silent Witness 480-WITNESS or 480-TESTIGO (Spanish).