PD: Man dies after being taken into custody by Phoenix police 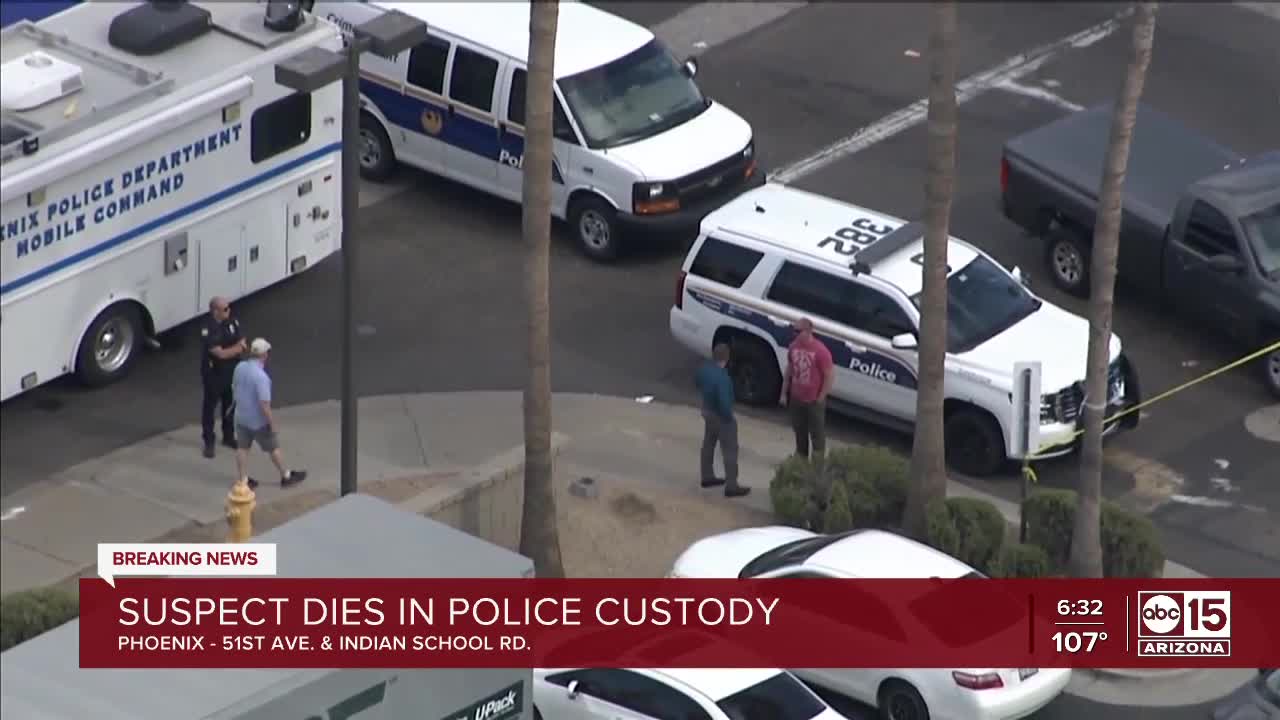 Authorities are investigating after a suspect, who ran away from police and allegedly threw liquid onto an officer, has died. Police said the suspect was placed in restraints and put inside a police vehicle, and then became unconscious. 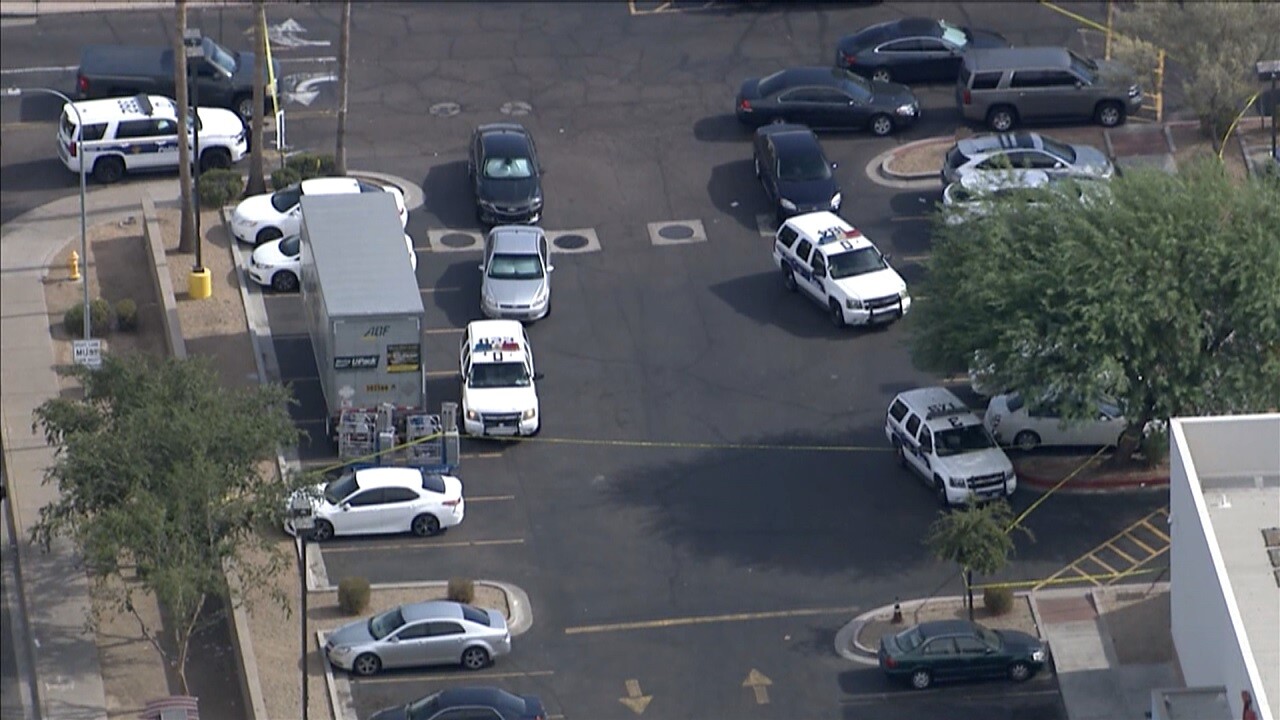 PHOENIX — Authorities are investigating after a man died after being taken into custody by Phoenix police Tuesday morning.

Police say officers were called to a shopping center near 51st Avenue and Indian School Road around 10:20 a.m. after receiving reports of a suspicious man who was looking into vehicles and making obscene gestures.

When police arrived, the suspect, 28-year-old Ramon Timothy Lopez, ran into a convenience store nearby. An officer followed him to the store and when he went to open the door, Lopez threw a drink in the officer's face, police said.

Lopez took off and the officer chased him on foot. Lopez continued to throw liquid from his drink at the officer while running, police said.

Eventually, the officer caught up to Lopez, got ahold of him, and both went to the ground. Police said Lopez struggled to get away and refused to comply with the officer's commands.

Two other officers arrived and Lopez was subdued and handcuffed. He was also placed in leg restraints due to his erratic behavior, police said.

Lopez was placed in the back seat of a patrol car while waiting for paramedics to arrive, police said. When officers opened the door to speak with him, Lopez was unresponsive.

Police said Lopez was removed from the vehicle, given water, and transported to the hospital where he later died of unknown causes.

Lopez's death will be determined by the medical examiner, police said.