PD: Arrest made after deadly stabbing at bus stop near 59th Avenue and McDowell Road 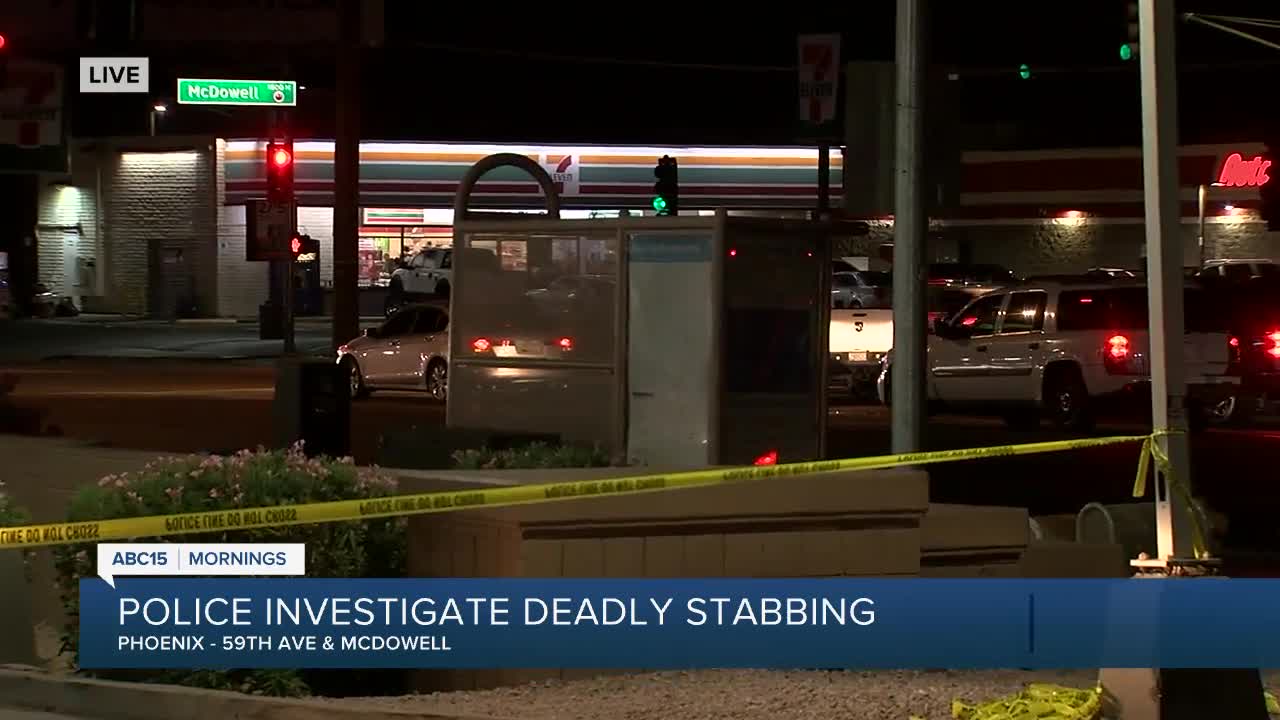 One person is dead after a stabbing near 59th Avenue and McDowell Road.

PHOENIX — Police say an arrest has been made after a deadly stabbing overnight in Phoenix.

Police were called to the area of 59th Avenue and McDowell Road just before midnight on Tuesday after receiving reports of an injured person.

Officers learned a verbal altercation had taken place at a bus stop and 35-year-old David Tovar was stabbed multiple times. He reportedly went to a nearby Circle K for help, but collapsed and was later pronounced dead at the hospital.

Police say the suspect, 32-year-old Tyler Soyka, took off from the scene and was arrested later in the day Wednesday.