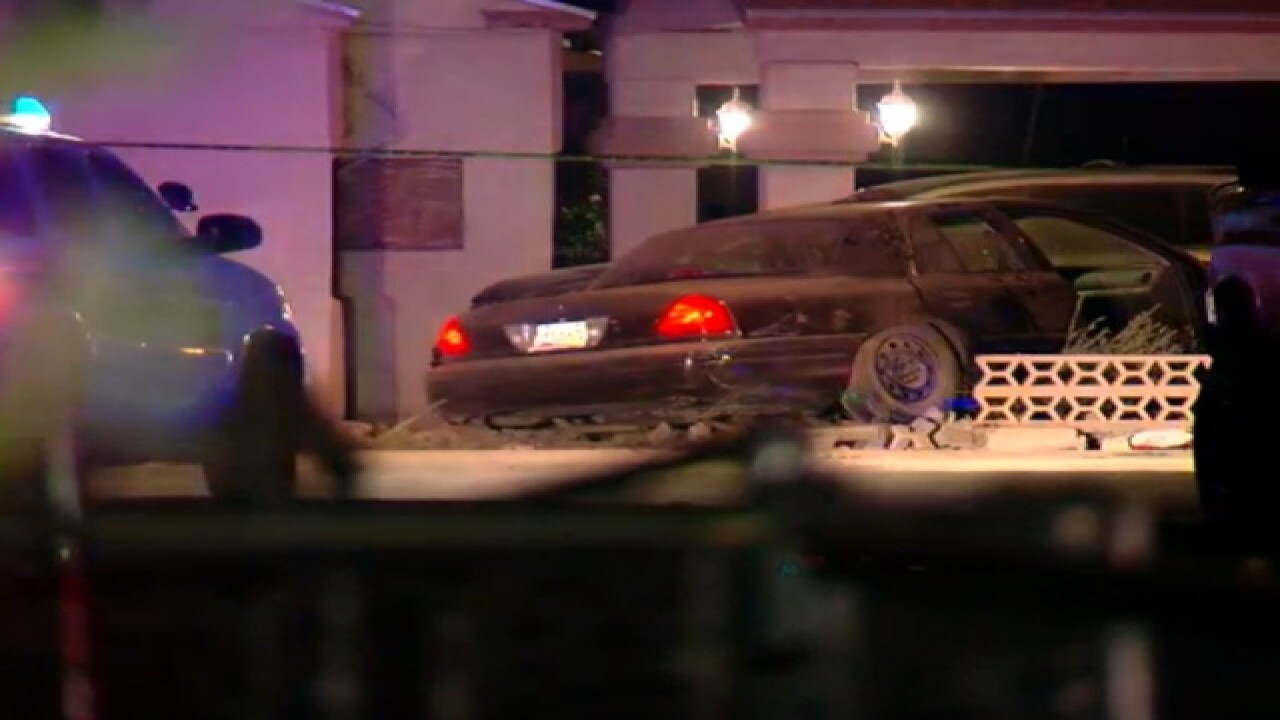 Police are investigating after two bodies were found with a wrecked car at a Phoenix home.

Officials arrived at the scene near 31st Avenue and Pierce Street early Monday morning in response to the crash.

Video from the scene showed a black passenger car wrecked into a block wall just outside of a home.

Phoenix fire officials say two victims in the car suffered multiple gunshot wounds and were pronounced dead on scene. Police have identified the victims as Ronnie Orozco, 20, and Manuel Sanchez, 17.

At least one weapon was found in their vehicle.

Police say the incident is under investigation as a homicide. They are working to find any witnesses who may be able to help determine what happened.

Police have said there appears to be no connection to the unsolved Serial Street Shooter cases.

Nearby streets have been blocked off and are expected to remain closed into the afternoon.

BREAKING: PD telling us this investigation will shut down streets in this #Phoenix near 31st Ave & Roosevelt until 2 or 3:00 p.m. #abc15 pic.twitter.com/yQYzWhOuTq