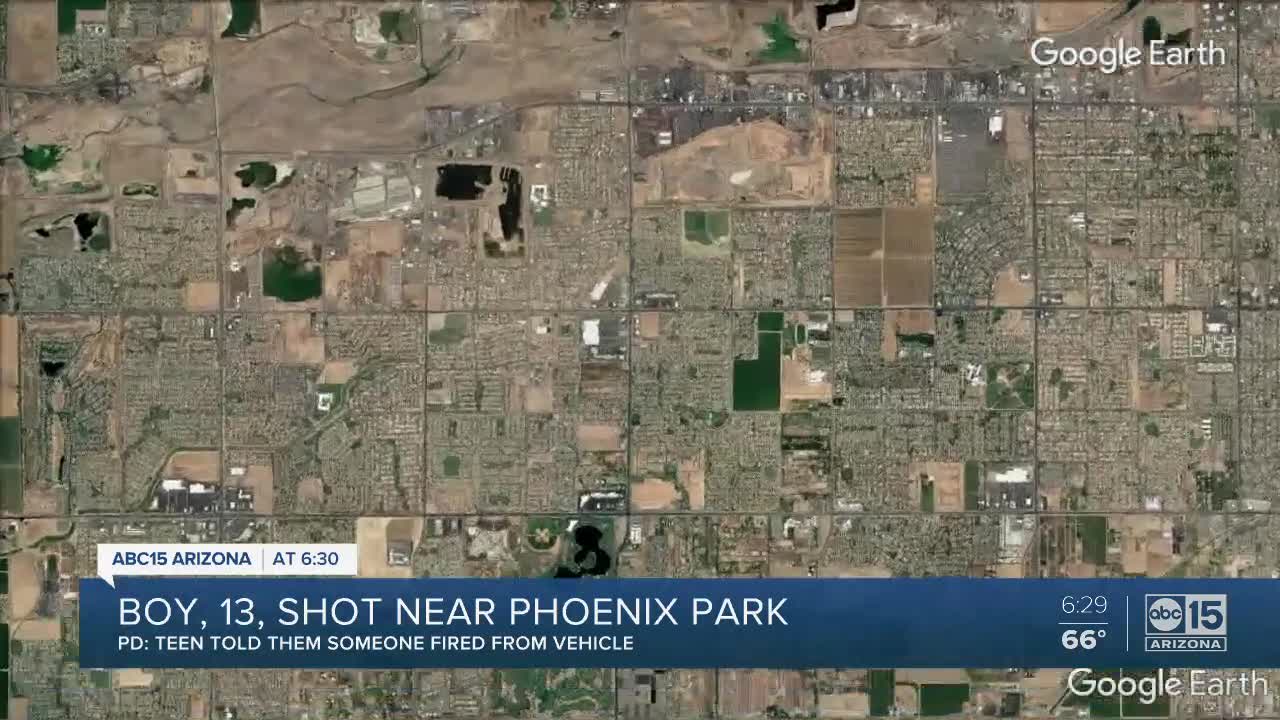 Phoenix police are looking for more information about the person who may have been responsible for shooting a 13-year-old boy.

PHOENIX — Police in Phoenix are looking for more information about the person who may have been responsible for shooting a 13-year-old boy.

Officers were called to Manzanita Park near 35th and Southern avenues around 10:15 p.m. Monday for a shooting call.

At the scene, they discovered that a victim, a 13-year-old boy, had been taken to the hospital already by family. Evidence a shooting had occurred in the area was discovered by the officers.

Investigators learned that the boy was reportedly walking when he was shot by unknown suspects in an unknown vehicle.

Fortunately, police say, the victim did not suffer life-threatening injuries.

No suspect information is available.

Anyone with information about the incident is asked to call Phoenix Police Department or Silent Witness at 480-WITNESS.