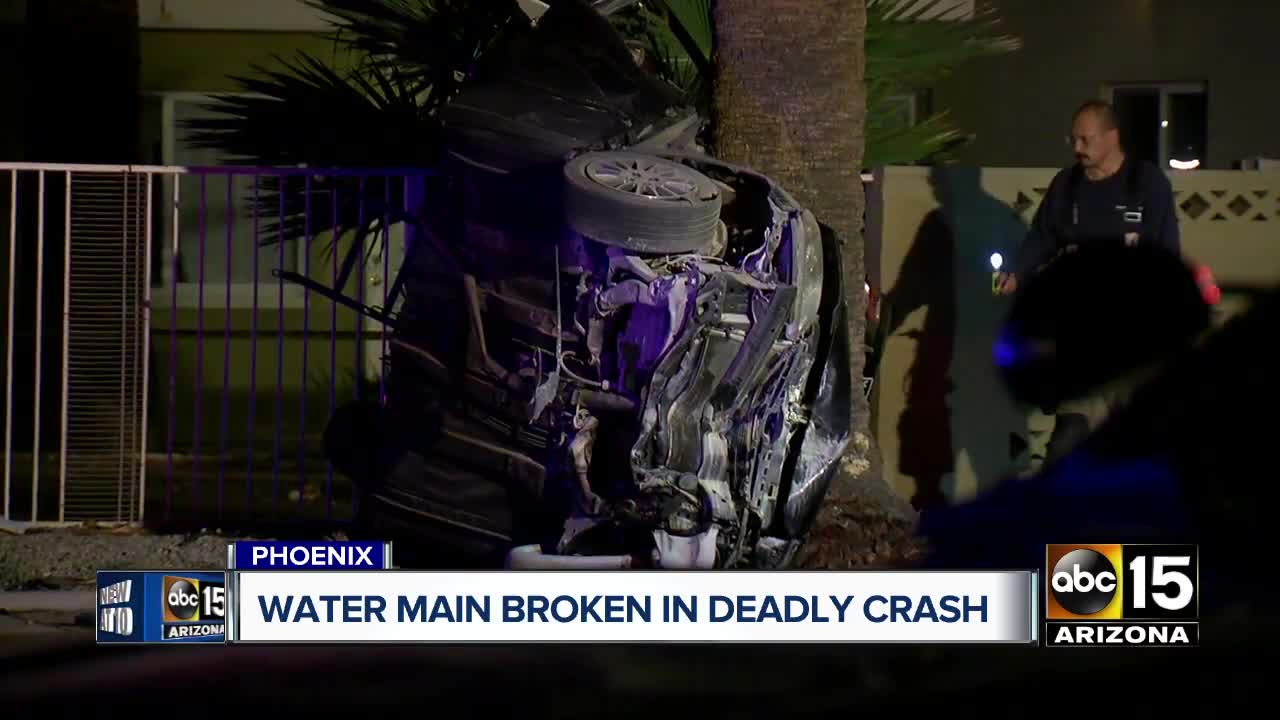 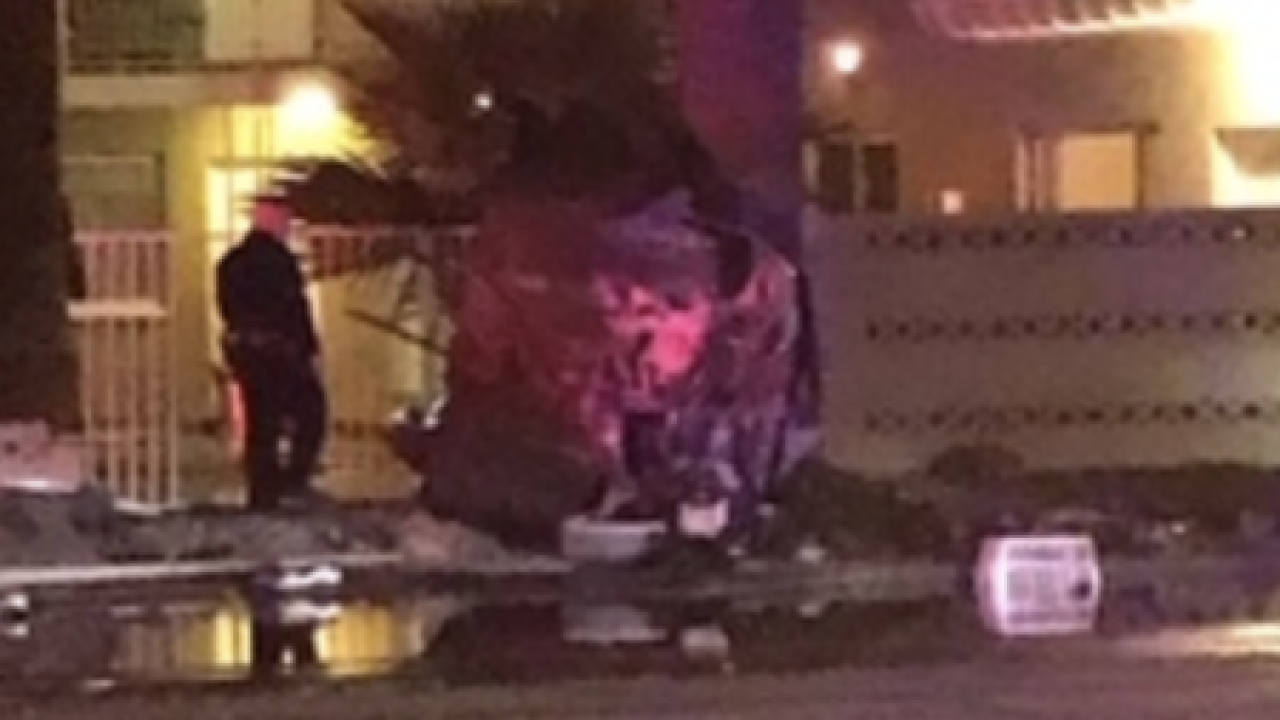 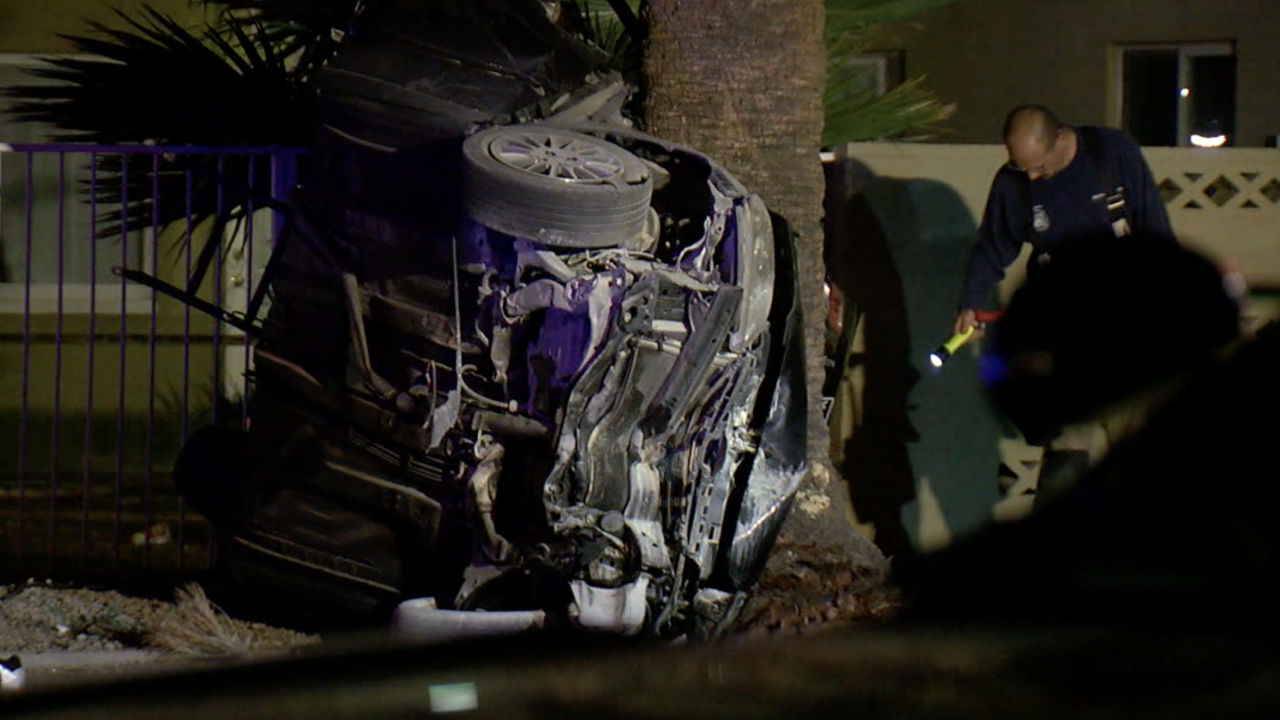 Emergency crews were called to the scene near 15th Avenue and Indian School Road around 7:15 p.m.

According to Phoenix police, 28-year-old Danny Lopez Guerra was driving a 2005 Honda Civic when he crashed into a palm tree and block fence.

"For reasons unknown, the vehicle left the roadway and collided with a large diameter palm tree and a block fence," Sgt. Tommy Thompson from the Phoenix Police Department said in a press statement. "The vehicle also broke off a fire hydrant which caused a significant amount of flooding to the street and the small apartment complex just off the roadway, where the vehicle came to rest."

Guerra was pronounced dead at the scene, according to Sgt. Thompson.

Indian School Road from 15th to 16th Avenues was closed while crews work to clear the scene.

The cause of the crash is still under investigation, but Phoenix police believe speed may have been a factor.