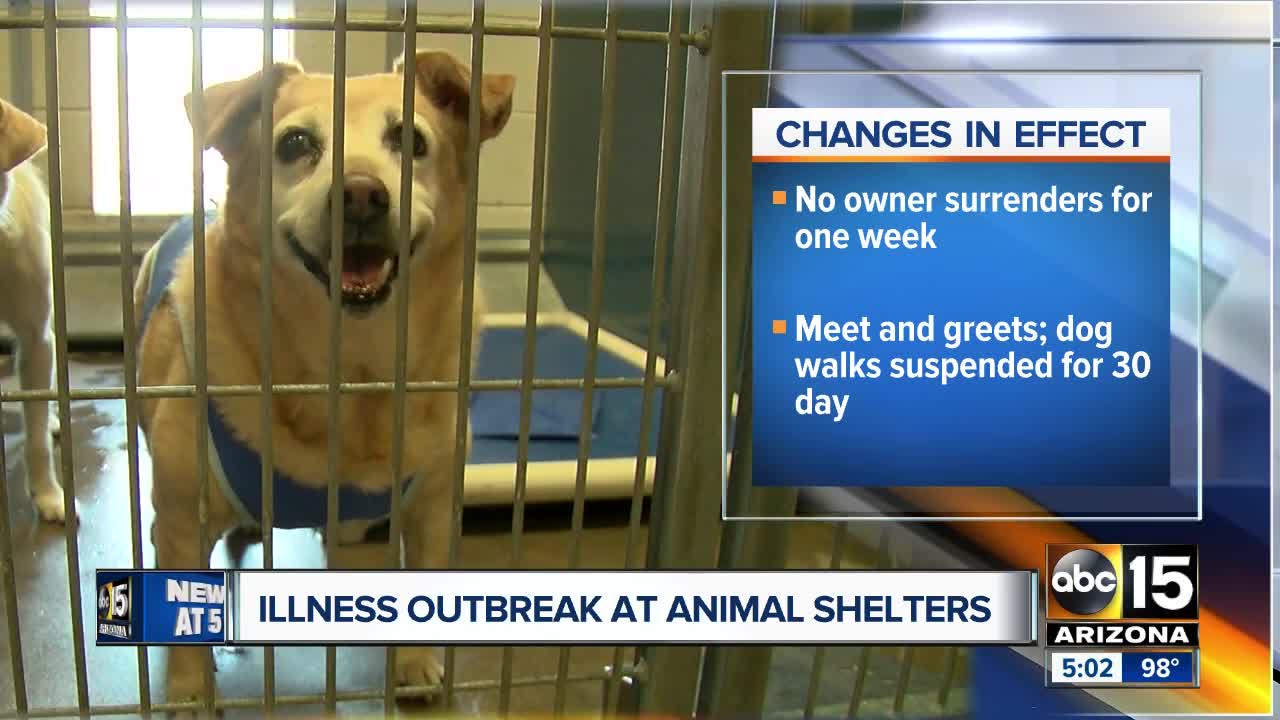 Maricopa County shelters are restricting contact that the public and other dogs have with the dogs already in the shelter due to outbreaks of two diseases that are contagious to dogs. 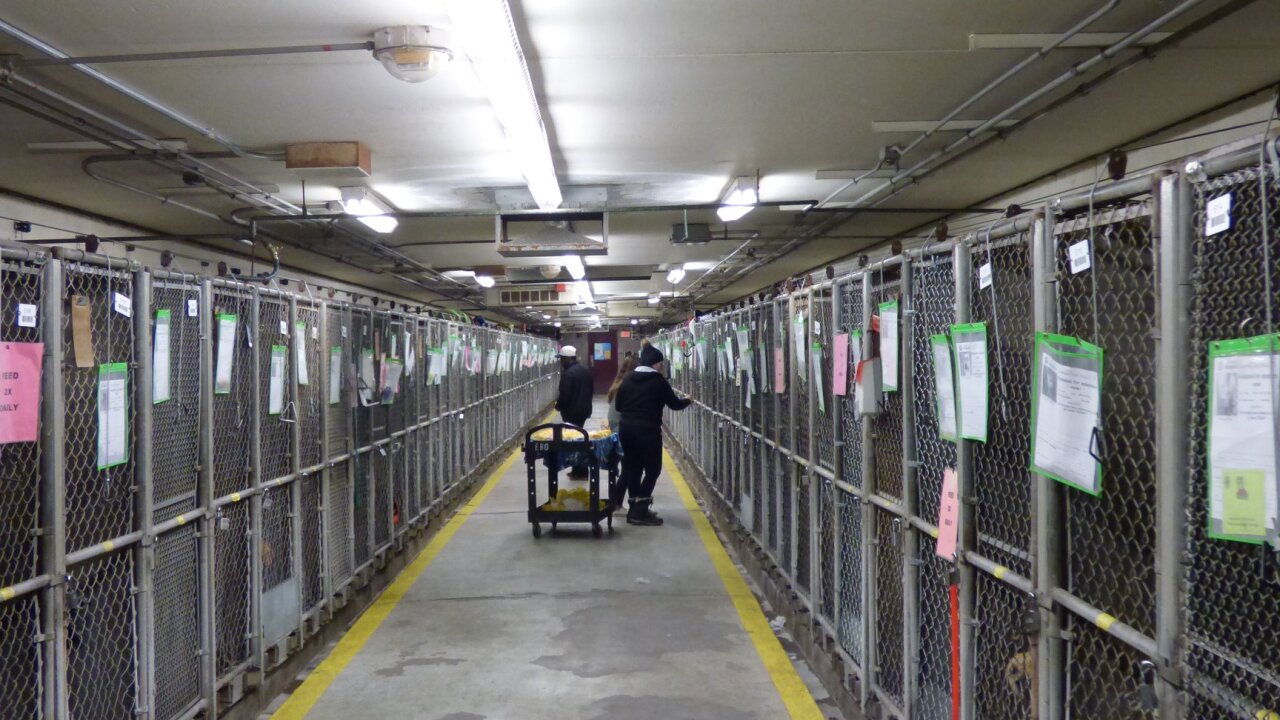 PHOENIX — Maricopa County has placed its east shelter under quarantine as the shelter continues to respond to illness outbreaks.

Wednesday, spokesperson Jose Santiago said MCACC East had been placed under a two-week quarantine after three dogs tested positive for canine distemper and others showed symptoms of upper respiratory infections.

The decision closes the shelter near Rio Salado Parkway and the Loop 101 to all adoptions. All dogs at the shelter will be unavailable for adoption until they have been re-vaccinated and are confirmed to be healthy, Santiago said.

The announcement of the quarantine comes one day after the county announced restrictions at its two shelters due to outbreaks of two diseases that are contagious to dogs. Those restrictions are still in place at the west shelter, according to Santiago.

Maricopa County Animal Care and Control said Tuesday that cases of canine parvovirus (commonly called parvo) and distemper have increased recently, leading officials to cut back the contact dogs in the shelter have with the outside world to prevent the infections from spreading.

The limits still in place at the shelter near 27th Avenue and Lower Buckeye includes a suspension of owner surrenders through June 11. Staff are contacting those who had scheduled appointments to surrender their animals and providing them with alternate options.

Dog-to-dog 'meet and greets' between shelter dogs and those looking to adopt who already have pets at home have been suspended for 30 days. Owners bringing a new dog home will be advised to quarantine their pet from their current animals and slowly introduce them to each other. Officials say this suspension will prevent the potential for parvo or distemper to spread to the owned pet or those looking to be adopted.

The county has also temporarily ended public dog walks, where people can come and help shelter pets stretch their paws on walks in the neighborhoods around the shelters.

Parvo and distemper are both highly-contagious viruses that infect dogs through dog-to-dog contact or contact with infected feces or surfaces, such as a shared water bowl. Parvo infects the gastrointestinal tract and symptoms include loss of appetite, diarrhea and vomiting. It can cause death within 48 or 72 hours after symptoms start, according to the American Veterinary Medical Association. No specific drug exists to eliminate the infection, so treatment focuses on boosting the dog's own immune system to fight off the virus.

Distemper infects the respiratory and nervous systems, in addition to dogs' GI tract. It can be spread through the air when an infected dog coughs or sneezes, according to the AVMA. Dogs infected with distemper can spread the infection for months. Symptoms include a watery discharge from the eyes, fever and vomiting. As the disease progresses to the nervous system, dogs begin exhibiting circling behavior, head tilts and seizures.

Vaccinations are available for both parvo and distemper, making puppies too young to be vaccinated the most at risk from the diseases.