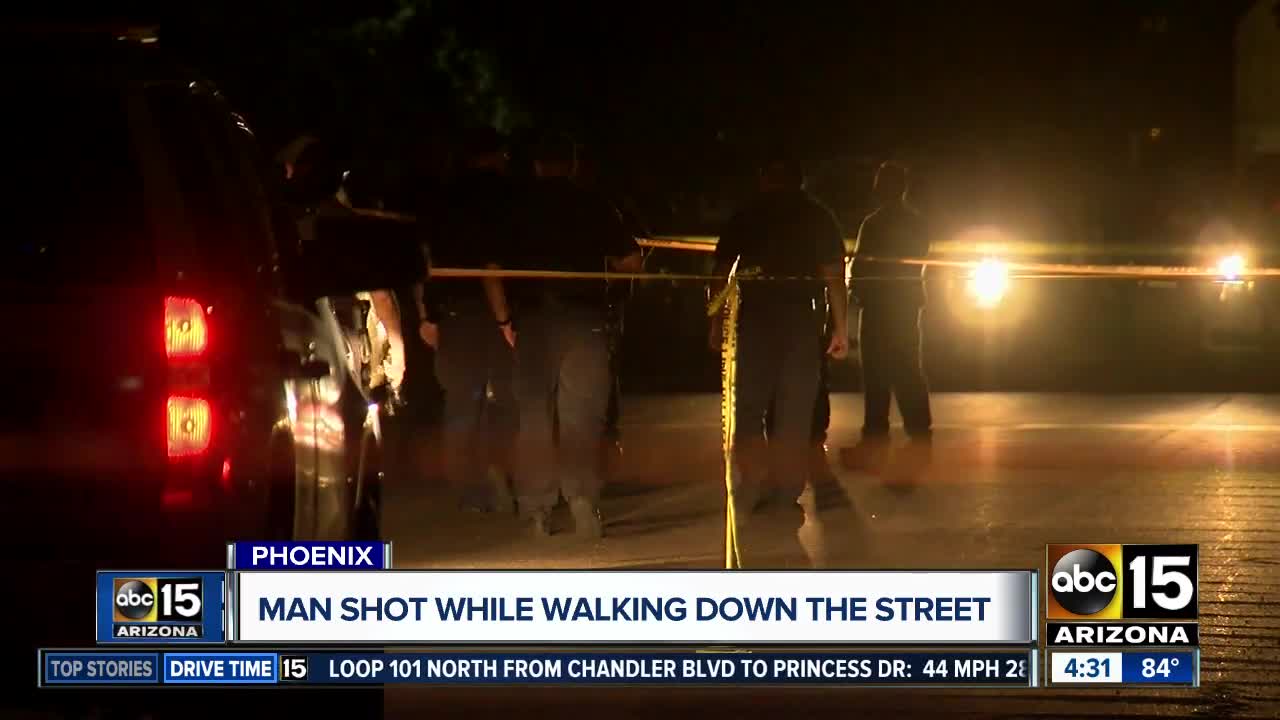 PHOENIX — A Phoenix pedestrian was reportedly shot after getting into an argument with someone in a vehicle late Monday night.

Police tell ABC15 a man was walking down the street near 19th Avenue and Tuckey Lane when he got into an argument with a person inside of a vehicle.

The person in the vehicle shot the man and drove away, leaving the victim in critical condition.

Police do not have a suspect or vehicle description at this time.