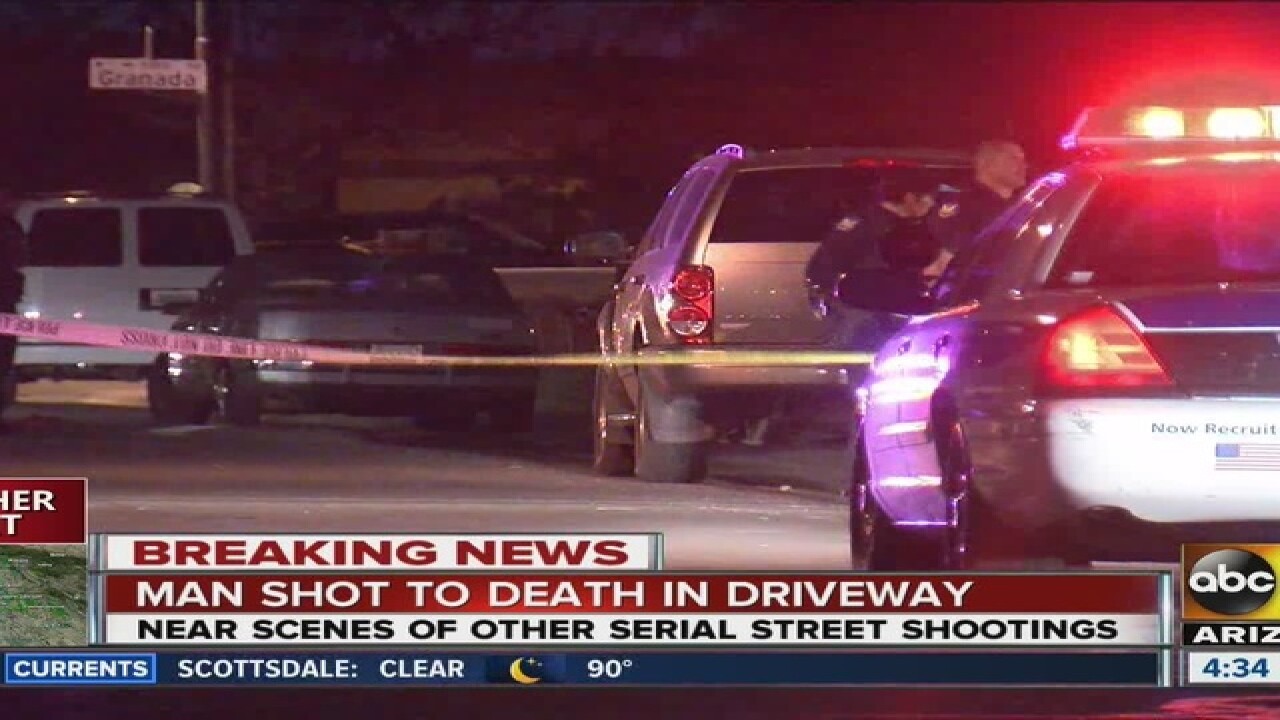 Peace and quiet have returned to a neighborhood near 53rd Avenue and McDowell.

But Wednesday night, the situation was much different.

Patrol cars took over the street after a man was gunned down.

The neighbor didn’t want to go on camera but says he remember waking up to police at his door.

“The police came and knocked on my door. I was surprised when [the officer] told me there is a body in the front of my house. But he never said it was right in front of my car,” said neighbor.

Neighbors say the victim was using this SUV as a shield. Witnesses tell us the victim was walking down the streets when someone started shooting. The victim tried to get away.

“This person ran and tried to hide in front of the car,” said the neighbor.

But it was too late; the victim was already hit.

“It’s something very sad. Since I have lived here 15 years, nothing like this has ever happened in front of my house.”

This shooting comes in the same area as scenes involved in the ongoing Phoenix serial street shooter case . As of right now, police do not believe there is a connection, but it is still early in the investigation.

Either way, neighbors hope whoever did this gets what he deserves.

“I would like to see the people responsible caught because the families suffer as well as the rest of the neighborhood,” said the neighbor.

Police are asking the public to call Silent Witness at 480-WITNESS with any tips leading to an arrest.