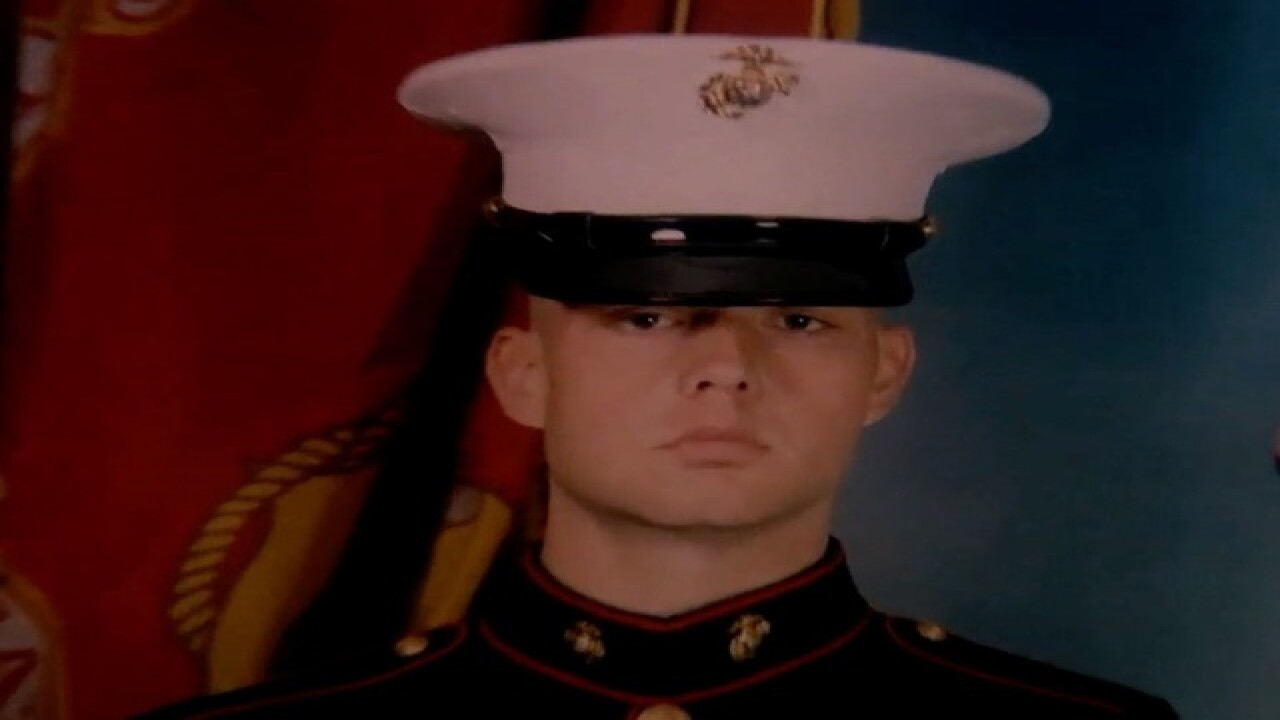 Dustin Shirk survived the war in Iraq, but died a violent death in his own backyard.

His mother, Cindy Hamblin-Shirk, is still mourning the loss of her oldest son: A man she calls her pride and joy, her strength, and the foundation of their family.

Shirk served for more than eight years as a Marine, and was trying to get in shape to re-enlist.

He worked at UPS and routinely exercised after getting off his late shift.

Early Tuesday morning, Cindy said she believed her son was on a run at Cielito Park near 35th Avenue and Campbell, when he was shot.

The park happened to be a hot spot for Pokemon Go lovers. Police said more than a dozen people were at the park at the time of this murder, some of them playing the game.

Jodie Rogers, an avid Pokemon Go player, said that's because the park is home to Magmar, a rare creature coveted by players.

"A lot of parks that have been barren are now full of people," said Rogers.

Cindy said her son may have logged on and played the game, but the reason for him being at the park was to exercise.

"We're in our own war zone here. There's evil people out there.  There's a cold-blooded killer out there right now," said Hamblen-Shirk.

Police said they got several calls from people who heard gunshots in the area. Some of them were from Pokemon players. Two Pokemon players reportedly stayed by Shirk's side and tried to help, before help arrived. Hamblen-Shirk was grateful for their efforts to ave her son.

"Thank you from the bottom of my heart that my son didn't just sit there and suffer with nobody by his side. I wish I could have been the person there by my son's side, holding his hand," she said.

She pleaded with the killer to come forward.

"I hope you have a conscience. Maybe you were out of your mind the time. I hope your conscience comes back.  I hope you do the right thing," said Hamblen-Shirk.

The family is trying to raise money for Shirk's funeral. Those who want to help with expenses can donate by clicking here.

There's a $1,000 reward for any information that will lead to an arrest. You can remain anonymous.  Just call Silent Witness at 480-WITNESS.