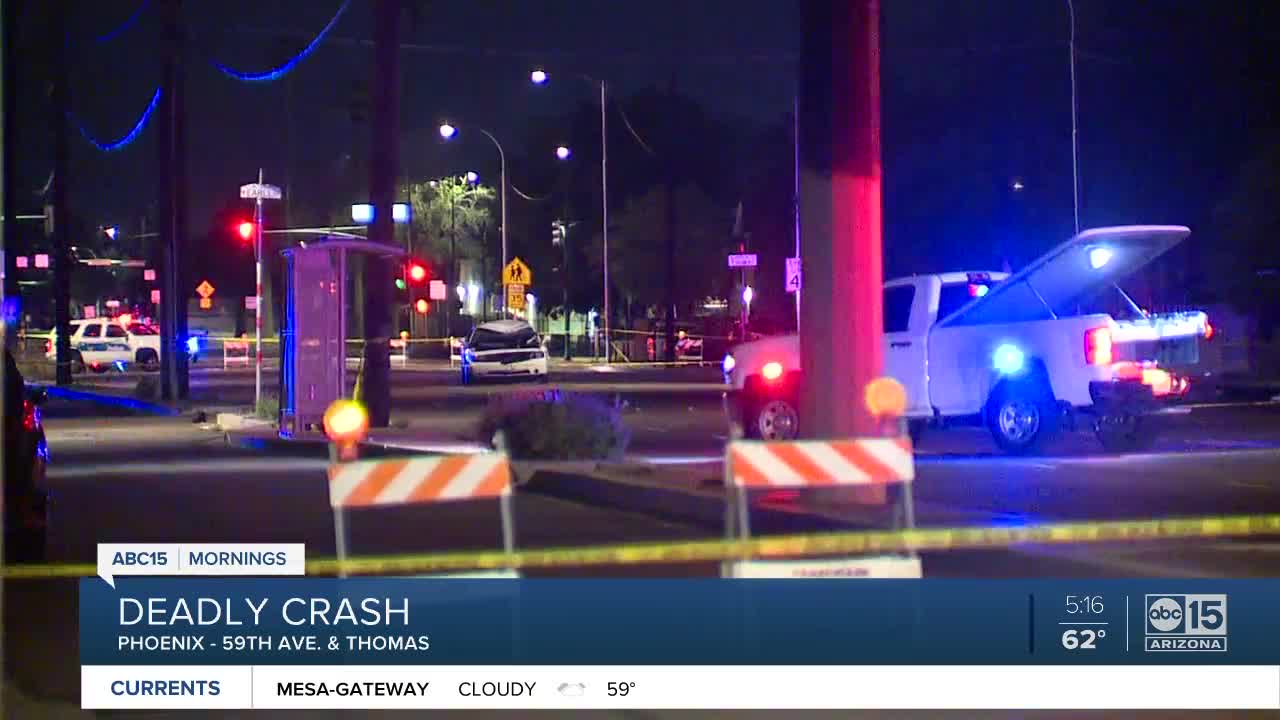 Phoenix police are investigating a deadly crash involving a pedestrian near 59th Avenue and Thomas Road.

PHOENIX — A man is dead after being hit by a car near 59th Avenue and Thomas Road.

Emergency crews arrived at the scene and found a pedestrian, identified as 64-year-old Herman Nakai, lying in the roadway.

The driver, a 45-year-old man, stopped and waited for police.

Authorities say impairment does not appear to be a factor, but speed may be.