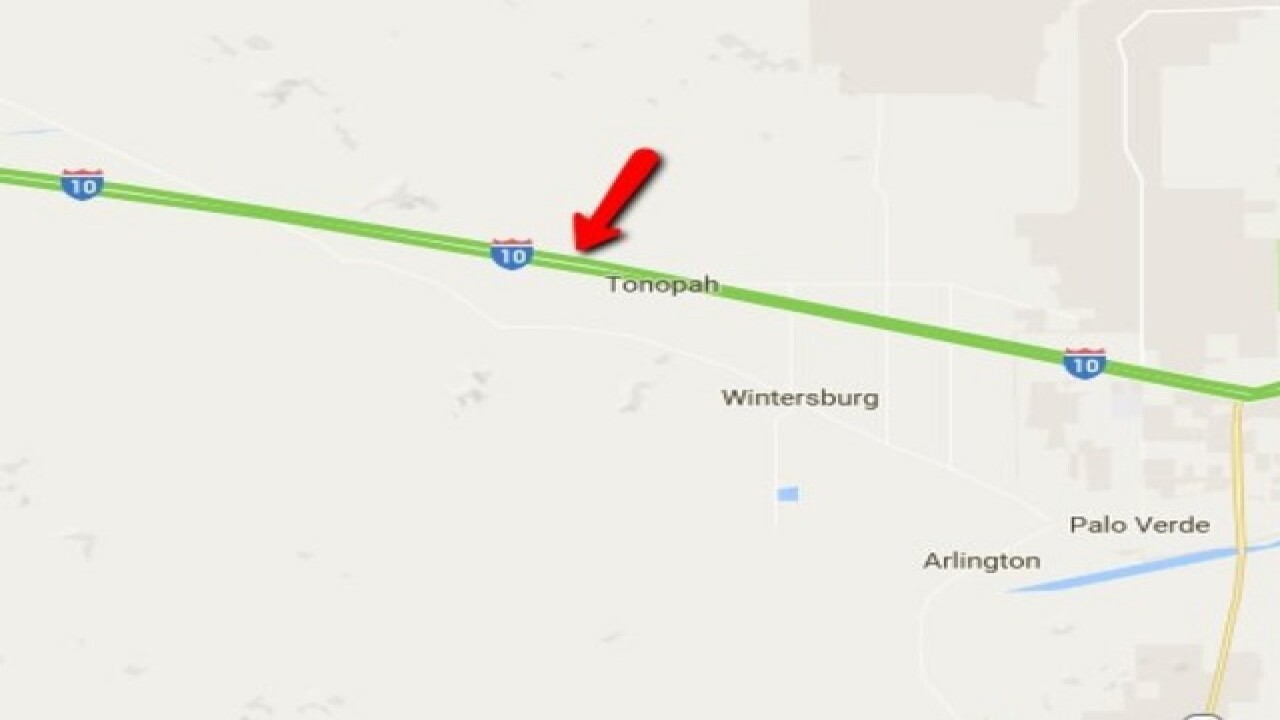 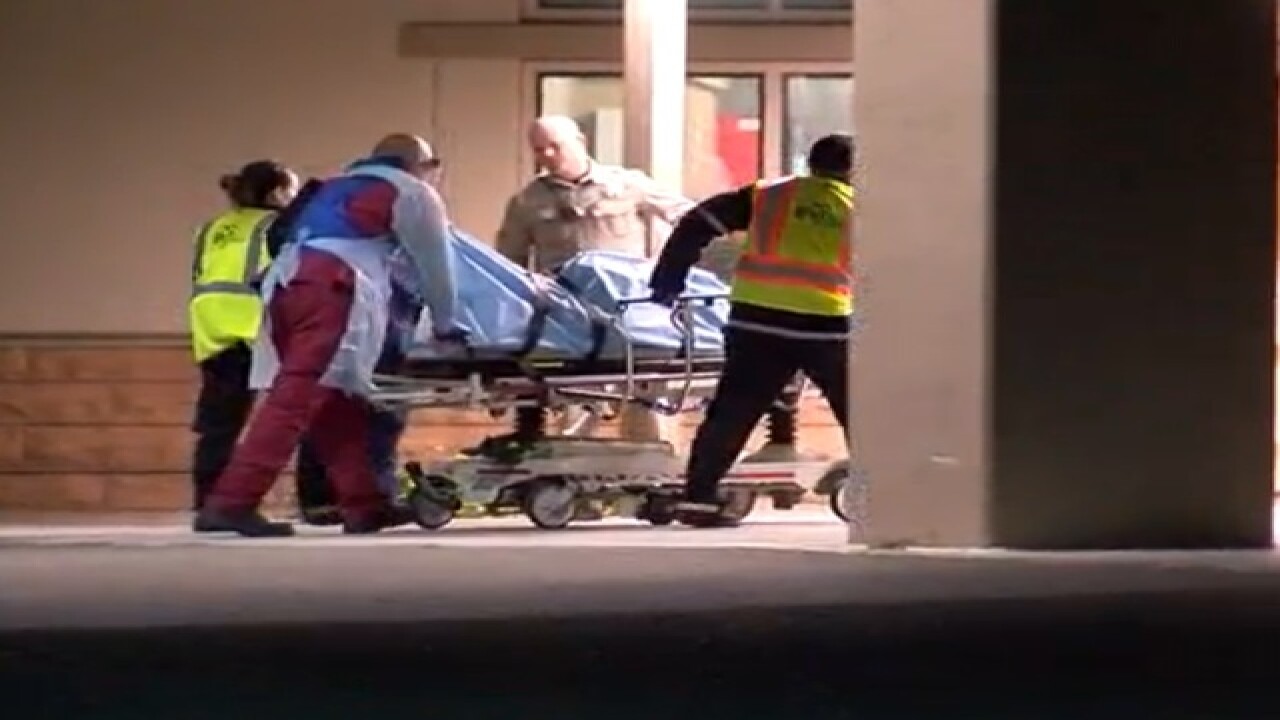 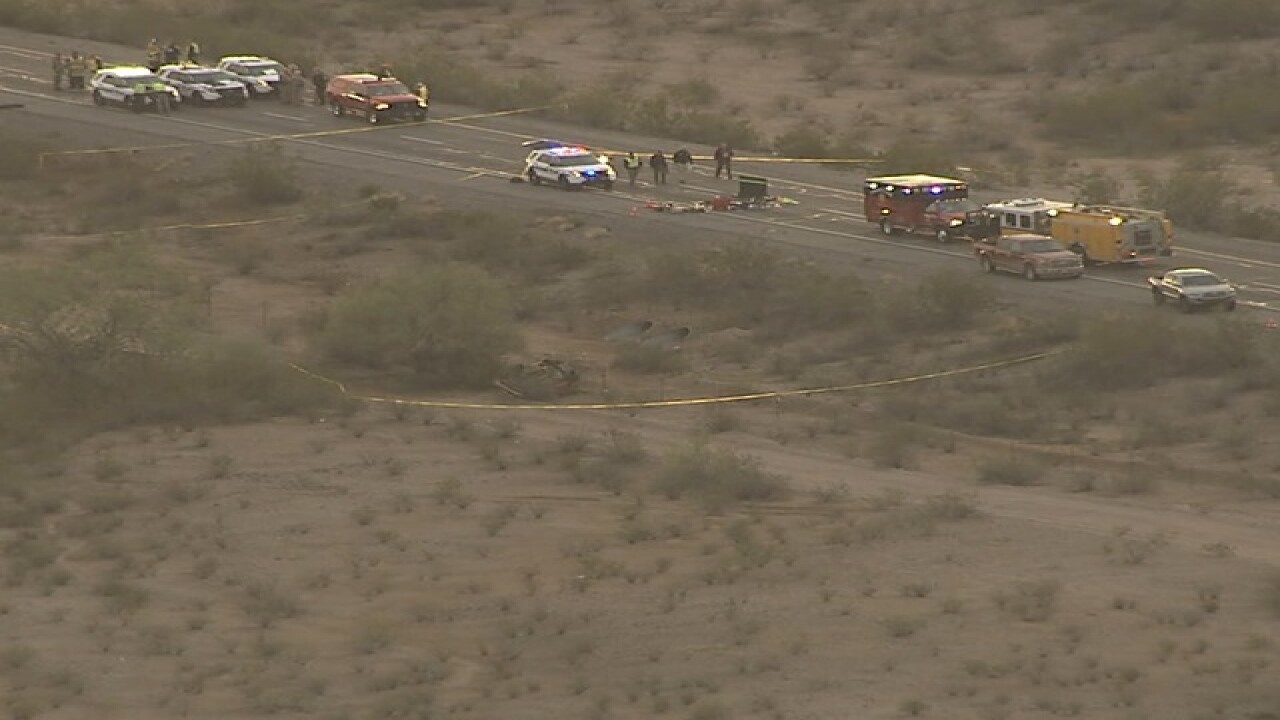 The Arizona Department of Public Safety is investigating after a trooper was shot while responding to another call near Tonopah early Thursday morning.

The incident occurred after 4 a.m. on westbound Interstate 10 west of Tonopah.

According to DPS Col. Frank Milstead, a citizen called to report that their vehicle was shot at from the median near milepost 81 on I-10.

A trooper in the area left another traffic stop to investigate the call when he came upon a rollover crash near milepost 89. He saw a woman who had been ejected from the crash and began working to block lanes.

At that time, DPS says the trooper was “ambushed” by a suspect who came from an unknown direction. The suspect shot the trooper at least once in the chest-shoulder area and fought the trooper to the ground.

Two passersby stopped to render aid and the trooper asked for help. Officials say one man went back to his car, grabbed a gun and shot at the suspect who was not following his commands to stop attacking the trooper. The suspect was killed.

A second man, Scottsdale resident and former medic Brian Schober, helped stabilize the trooper and asked where his radio was located to call for help.

Schober and the other man watched over the suspect to make sure he wasn't going to harm anyone else.

He also explained that God put him and the other Good Samaritan "in the right place at the right time."

Milstead has a message for the motorist who shot the suspect and called on the trooper's radio for help.

"Thank you," Milstead said, "because I don't know if my trooper would be alive today without his assistance."

Scroll through the timeline below to get a better understanding of the series of events that occurred.

DPS says the injured trooper, who has been with the department for 27 years, was taken to the hospital in stable condition. DPS says the trooper was awake and talking prior to going into surgery. His wife was with him at the hospital.

According to the Associated Press, the trooper has been identified as Edward Andersson.

When Andersson isn't in his DPS uniform, currently assigned to the agency's commercial vehicle squad, he coaches the girl's volleyball team at Tonopah Valley High School and helps with the softball team. Parents describe him as being a mentor and the players' biggest cheerleader on the court and in the classroom.

"He really teaches the girls to be a community and to be positive and outreaching to one another," parent Marth Hacker said. Her daughter chose to attend Tonopah High specifically because Andersson is the volleyball coach.

"From what he has been through this morning, he is a true hero...incredibly tough individual," Milstead said.

In 2004, Andersson was recognized with the lifesaver award by DPS after stopping a suicidal man from running into traffic on I-10. The move saved not only the man, but two semi-truck drivers on the road who could've crashed as a result of the incident.

Arizona Governor Doug Ducey released the following statement on Thursday morning: "I urge Arizonans to join me in praying for a quick recovery for this brave officer and thanking everyone who, through their actions in real time, showed our officers exactly what Arizona means when we say: 'You have our backs, and we will always have yours."

The Arizona State Troopers Association have set up an online page where people can donate to support Trooper Anderson.

The woman thrown from the rolled-over vehicle also reportedly died from her injuries. Officials have yet to determine what caused the vehicle to rollover.