Officials searching for driver from high-speed chase in Valley 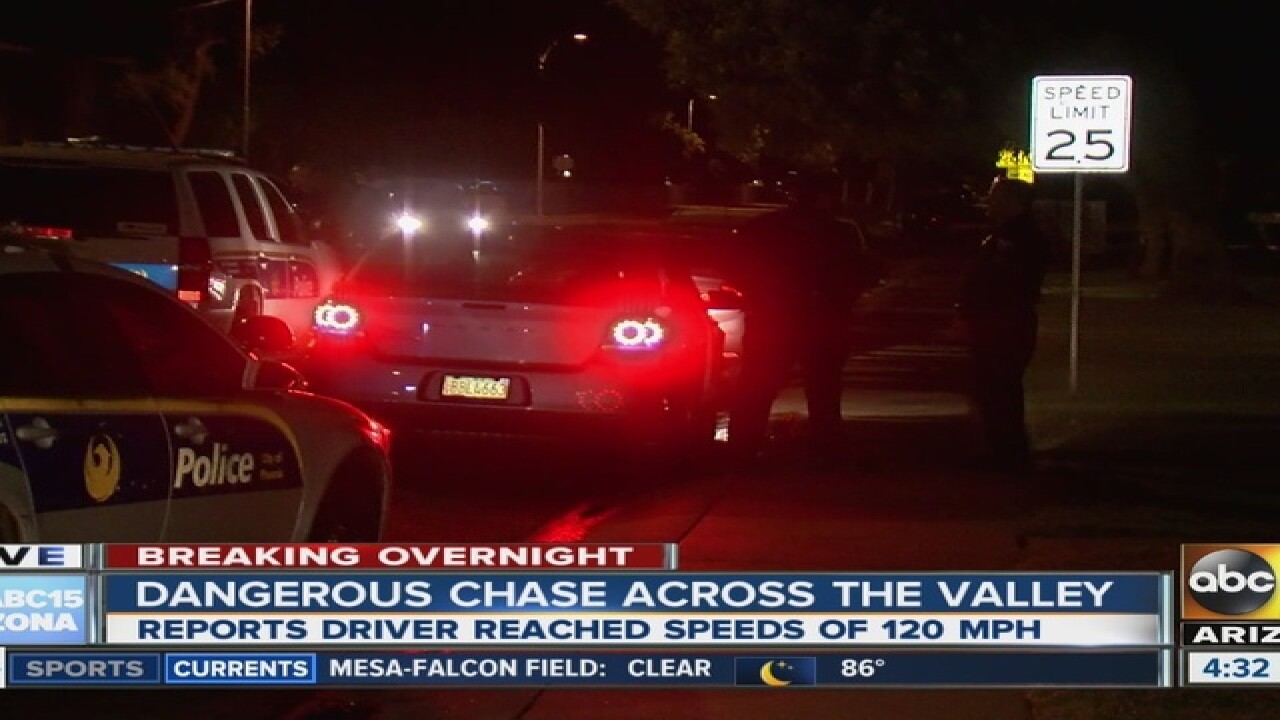 Officials are searching for the driver after a high-speed chase spanned across the Valley on Monday morning.

The chase finally came to an end in a neighborhood near 43rd Avenue and Glendale Avenue around 3:00 a.m.

Phoenix police said shortly after midnight, an officer located a stolen vehicle near 51st Avenue and McDowell Road. Officers attempted to stop the vehicle, but the driver fled.

Officers from Mesa and DPS also attempted to stop the vehicle, but were not successful.

According to police, the driver abandoned the car in the area of 43rd Avenue and Ocotillo Road. Officials have not located the driver, but officers are following up on leads and the driver's identity.