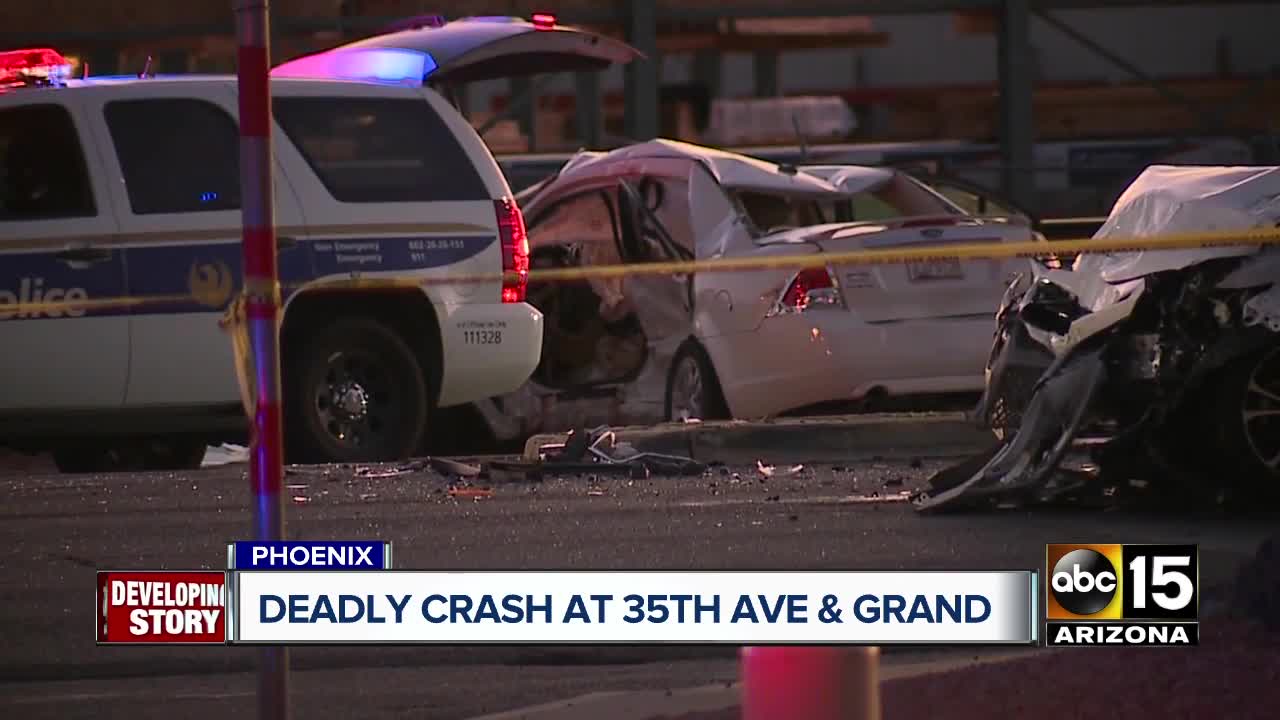 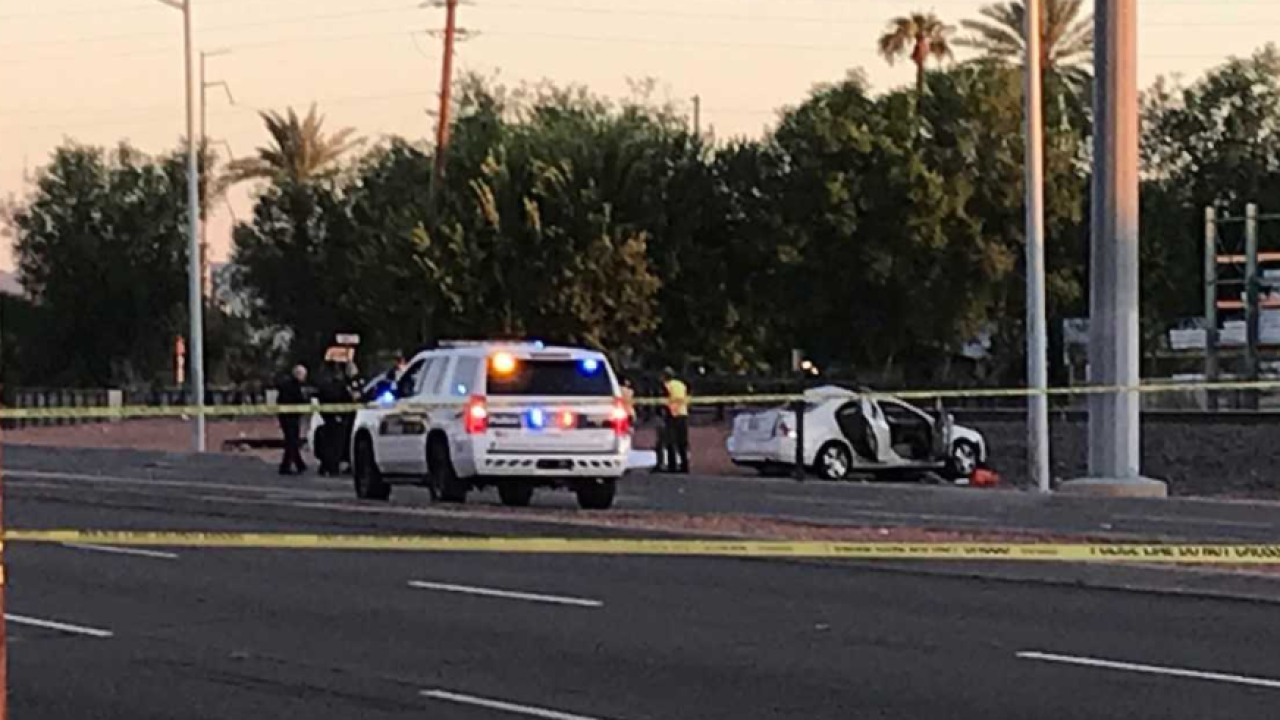 PHOENIX — A woman is dead and a man in his late 20's is in critical condition after a head-on collision in Phoenix Saturday afternoon.

Emergency crews were called to the scene near 35th and Grand avenues around 4:30 p.m. for reports of a serious crash.

Police say a male driver in a 2019 Toyota Camry turned left from Weldon Avenue to travel southwest on Grand when he collided with a 2008 Ford Fusion driving northwest. The vehicles crashed into one another and landed on a railroad berm to the south, police say.

Firefighters say the woman, identified as 25-year-old Heather Began, had to be extricated from her vehicle and did not survive her injuries.

The man, identified only as a 29-year-old, was taken to the hospital with "incapacitating" injuries, officials say.

Impairment and speed are both considered factors in the fatal collision, according to police.