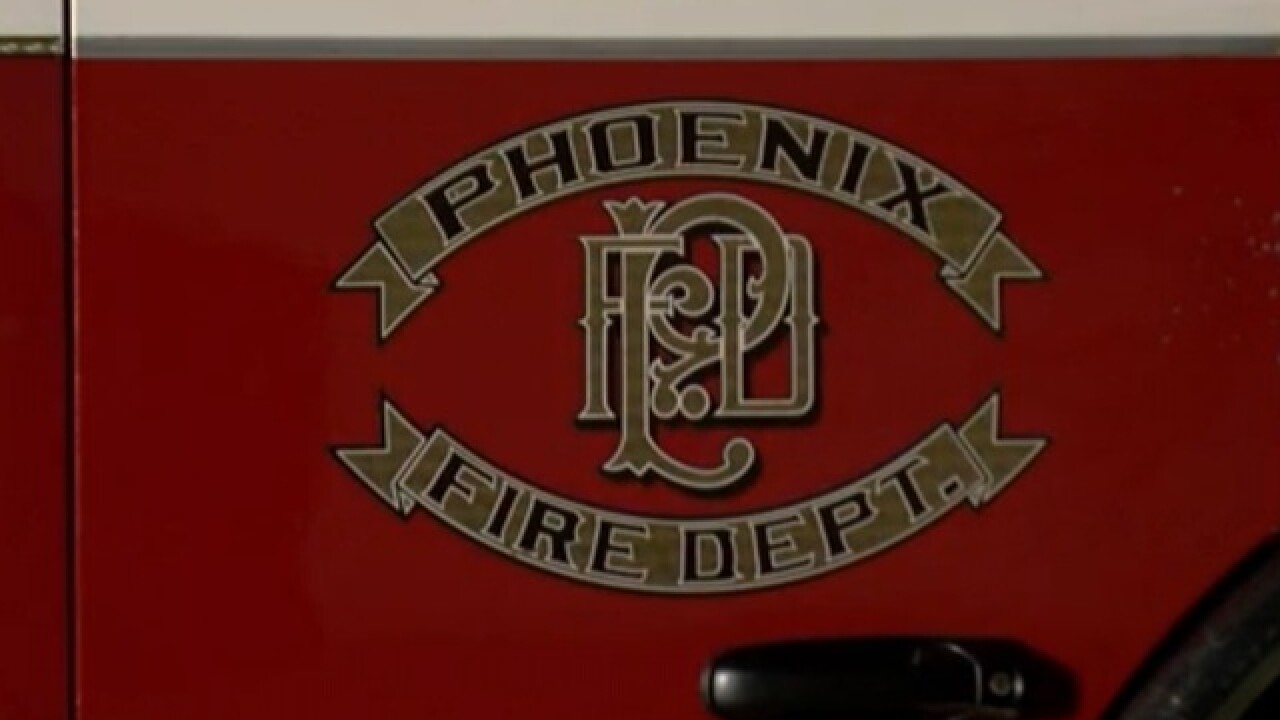 PHOENIX — A family of four is looking for a new place to stay after a fire destroyed a west Valley home.

Phoenix firefighters were called to a two-story house near 83rd Avenue and Thomas Road on Wednesday morning for reports of a fire.

When they arrived they found flames shooting from the roof.

At one point it was reported that somebody was trapped inside the house, but additional crews found the homeowner safely outside.

Once the fire was under control a broken gas line was discovered. That prompted a hazmat situation and shortly after a crew was able to secure the gas leak.

Phoenix fire officials say the family has been displaced due to heavy damage.

No firefighters were hurt during the battle. The cause remains under investigation.