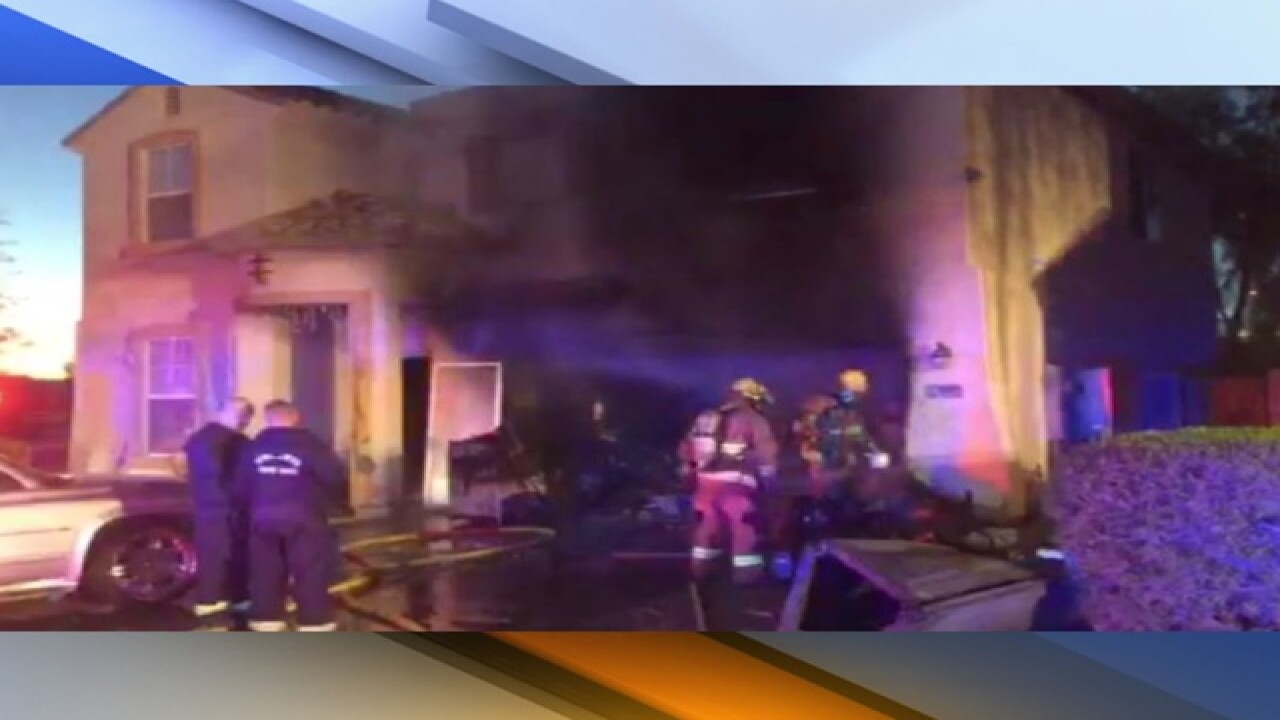 The Phoenix Fire Department says a family of four escaped what they call a raging house fire Tuesday morning in Tolleson.

Two adults and two children were woken up by a neighbor pounding on their front door as the home was going up in flames near 91st Avenue and Lower Buckeye Road.

Mary Lou Martinez, a woman who lives just four houses down from the victims', was getting ready to leave for work when she realized something wasn't right.

"I panicked," she said. "I was like, 'Oh crap,' you know? I got to do something. Nobody's out here and if something happens to these people I'll feel bad."

She smelled heavy smoke but couldn't see any obvious fire in the pre-dawn darkness. She started walking down the street to find the source of the fire and discovered smoke billowing from behind a closed garage door.

Martinez called 911 and ran to their front door.

"I started ringing the door bell; they didn't answer to that," she said. "So I pounded really hard. [The dad] answered and said 'What?' I said 'Your damn door...your garage is on fire."

Fire officials say the family was able to escape, along with their two cats as the garage was fully engulfed.

Firefighters from Tolleson and Phoenix worked together and saved 90 percent of the home.

The homeowners told firefighters that their smoke alarms were not activated at the time.