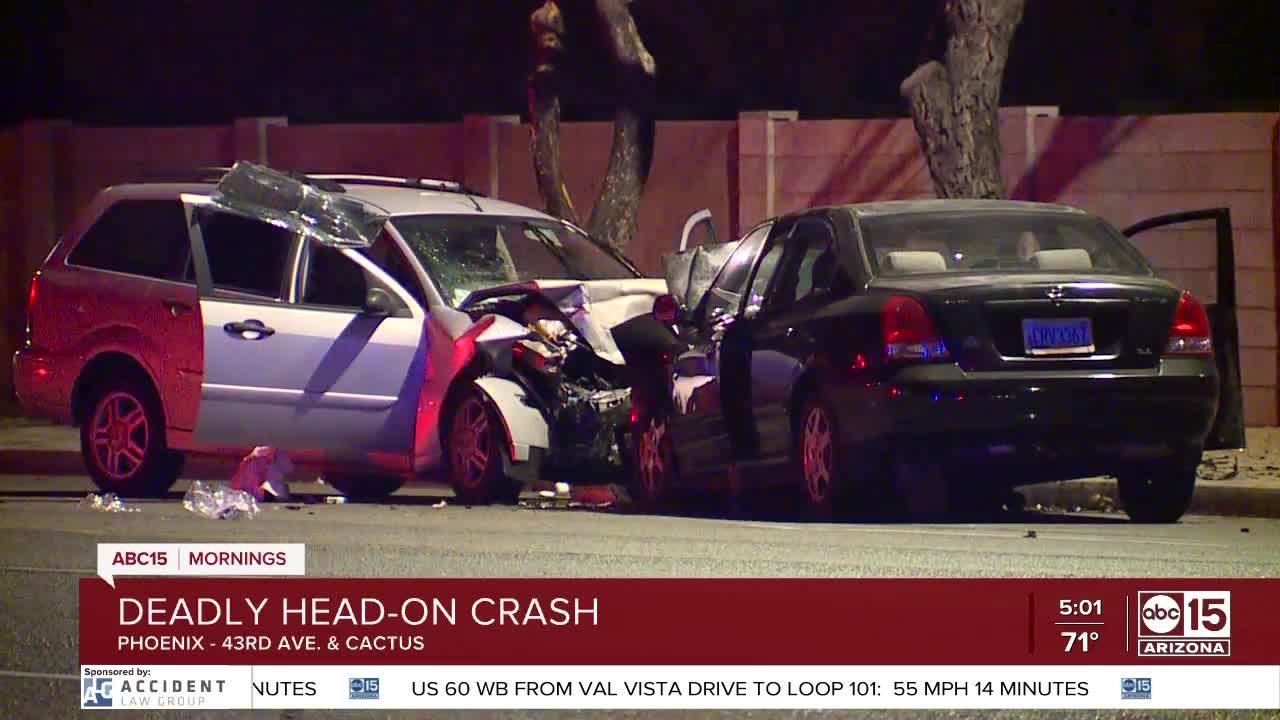 At least one person was killed in a head-on crash in Phoenix.

Investigators learned a silver Ford Focus was traveling northbound on 43rd Avenue when it crossed over the center line and into opposing lanes of traffic causing a head-on collision with a southbound vehicle.

The driver of the Focus was taken to a hospital where she died. She's been identified by police as 48-year-old Heidi Huff.

The driver of the southbound vehicle, a 21-year-old, received serious but non-life threatening injuries, according to Phoenix police.