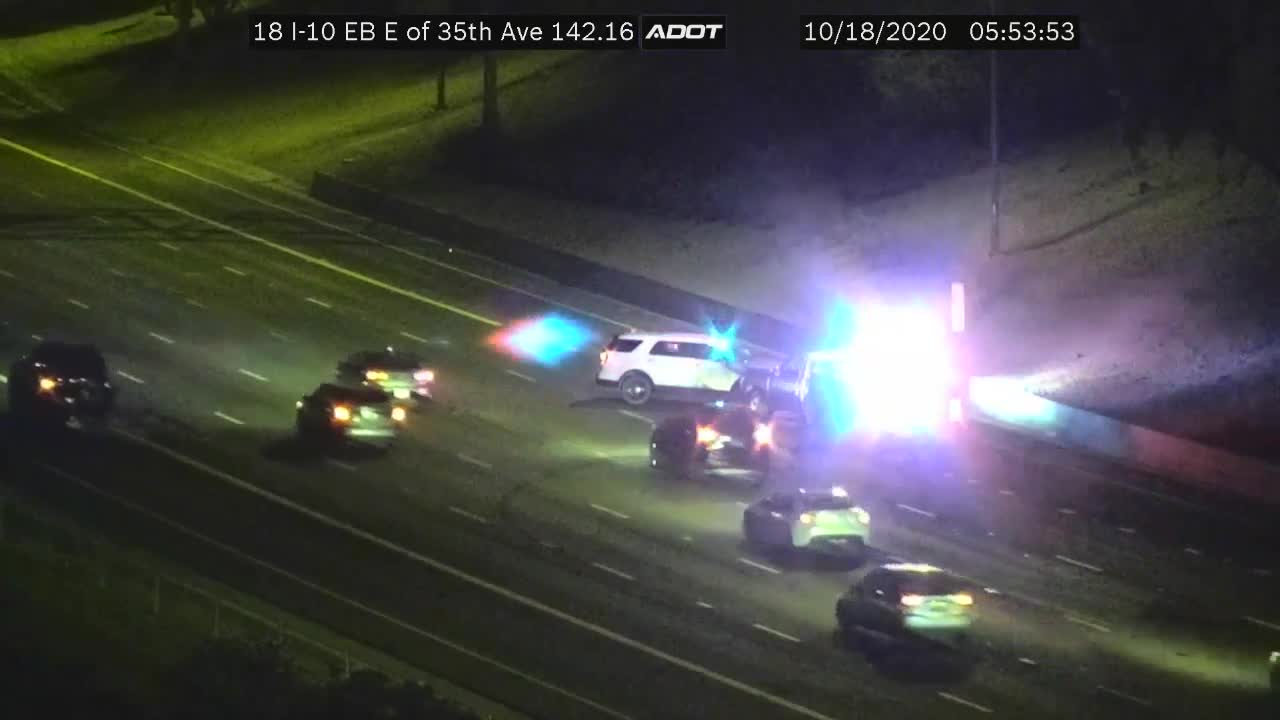 A wrong-way driver was stopped by DPS troopers on Interstate 10 near 35th Avenue Sunday morning.

PHOENIX — A wrong-way driver was stopped Sunday morning on Interstate 10.

Officials with the Department of Public Safety say just before 6 a.m., troopers were alerted about a Chevrolet pickup truck going the wrong way on Loop 202 South Mountain near Baseline Road.

The truck was then reported turning onto Interstate 10 going eastbound in the westbound lanes.

According to a live camera from the Arizona Department of Transportation, the truck traveled eastbound along the HOV lane beginning near 51st Avenue.

Moments later, DPS troopers could be seen zooming toward the truck. In the video, a DPS vehicle can be seen bumping the truck, causing it to spin around, and begin traveling in the right direction.

Shortly after, other troopers arrived on scene and helped bring the driver to a stop near 35th Avenue.

It's unclear if the driver or any troopers were injured.

DPS says the driver was arrested on charges of endangerment. The driver, an 80-year-old man from Phoenix, however, was not booked into jail due to ongoing medical issues.

An investigation into whether DUI was a factor remains ongoing.