Customers tackle murder suspect after being held hostage in Phoenix 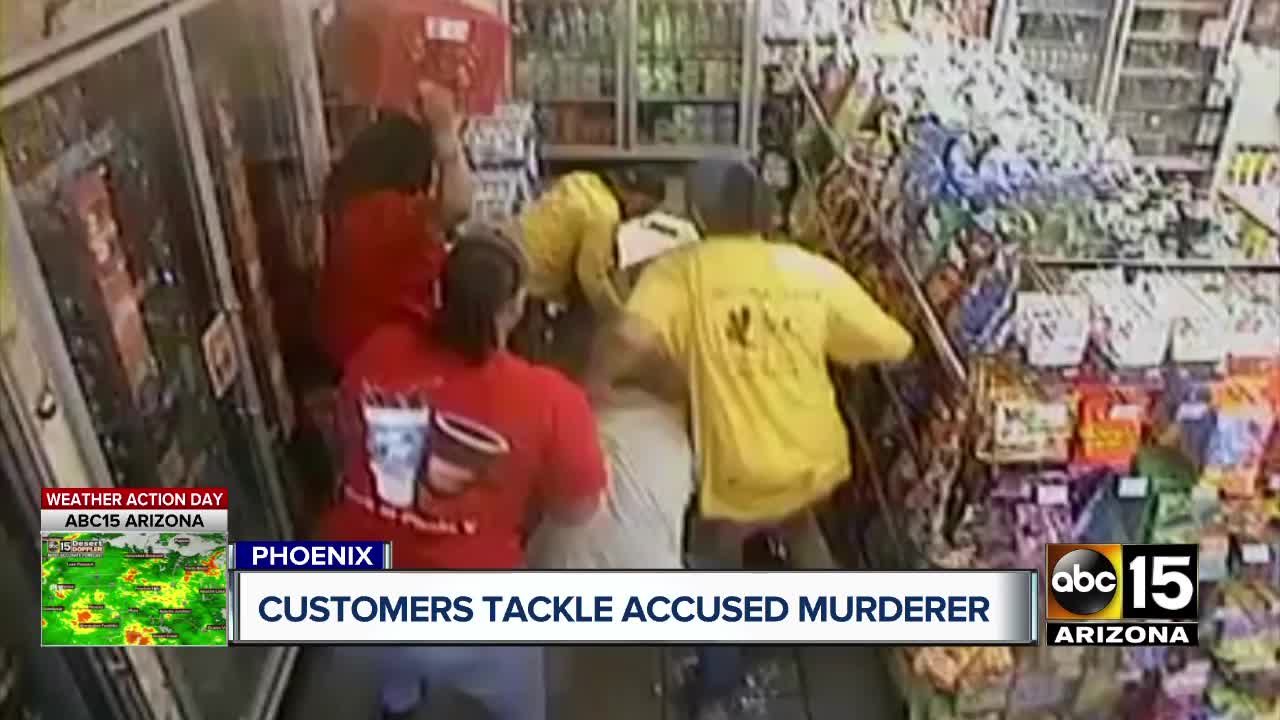 The suspect, Joel McClain, told police he was hoping they would kill him. 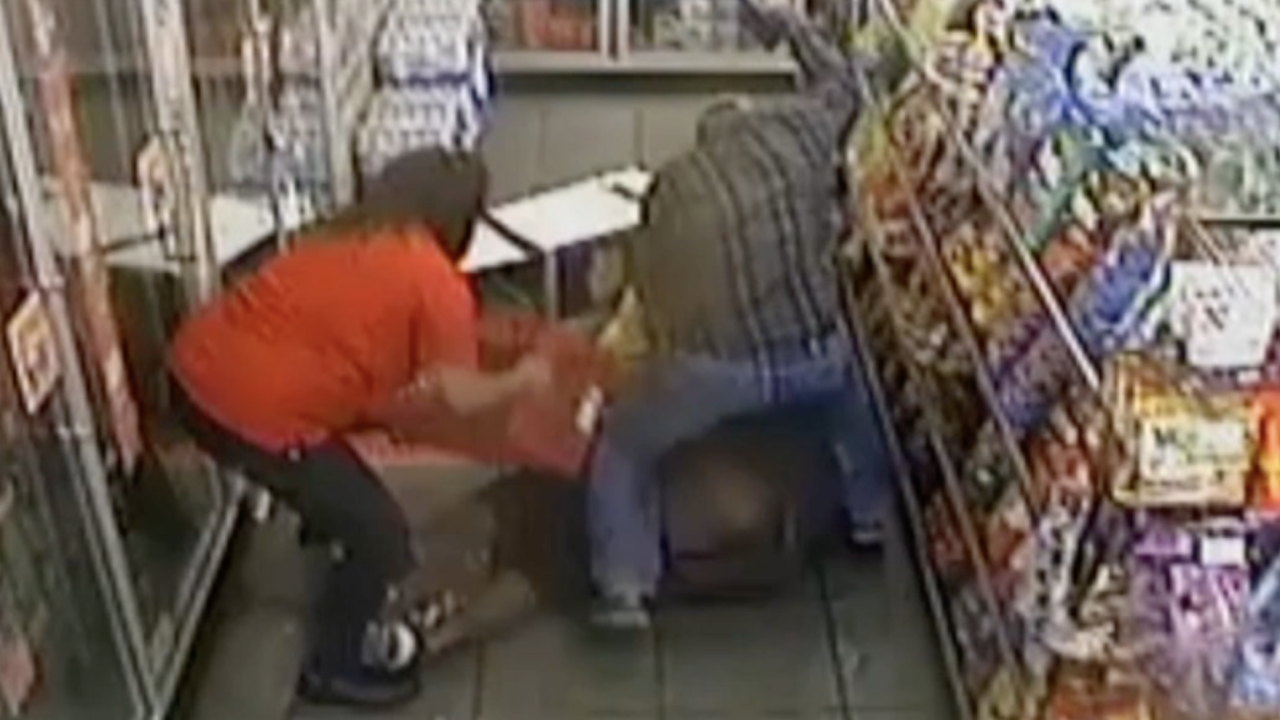 PHOENIX — Dramatic new video reveals what happened inside a Circle K, when a man shot and killed a customer, took eight others hostage, and was later disarmed by those customers before being shot by SWAT officers.

The video, just now released, after the Maricopa County Attorney's Office ruled the officer-involved shooting of the suspect was justified.

Police say 53-year-old Joel McClain Carson entered the Circle K near 19th Avenue and Grant Street on May 9, 2018. In surveillance video, he can be seen deliberately walking up to a customer waiting in line and shooting him in the back of the head.

The victim was 24-year-old Efran Hernandez, who was a father of two. He died at the scene before paramedics could get him to a hospital.

Carson reportedly tried to shoot several other customers and employees in the store, but his .22-caliber handgun malfunctioned. Investigators say Carson had recently stolen the gun.

Detectives wrote that the revolver misfired eight times and every single bullet "had been struck with the firing pin, however, the bullets did not go off due to the cylinder being out of alignment."

The misfiring almost certainly saved lives, as Carson can be seen desperately pulling at the trigger when he was rushed by the hostages, taken to the ground and disarmed.

The exit of the store was blocked by a donut case that Carson had moved to barricade himself in and prevent the hostages from escaping.

Once they took the weapon, all the hostages ran outside, except for one employee who was in the back office and remained quiet the entire time to prevent being found.

Carson stayed in the store for almost an hour while police negotiated with him. A SWAT team eventually entered the store, shooting Carson and injuring him.

Carson was taken to the hospital for a week, but later booked into jail on multiple charges including first-degree murder, nine counts of kidnapping, possession of a weapon by a prohibited person and eight counts of aggravated assault. Carson's case has still not gone to trial, at the time of this publication.

While in an interview with police after his release from the hospital on May 16, Carson admitted to the shooting. He said he “wanted police to kill him.”

Carson has multiple other felony convictions.