Cabinetry, mattress business goes up in flames in West Valley 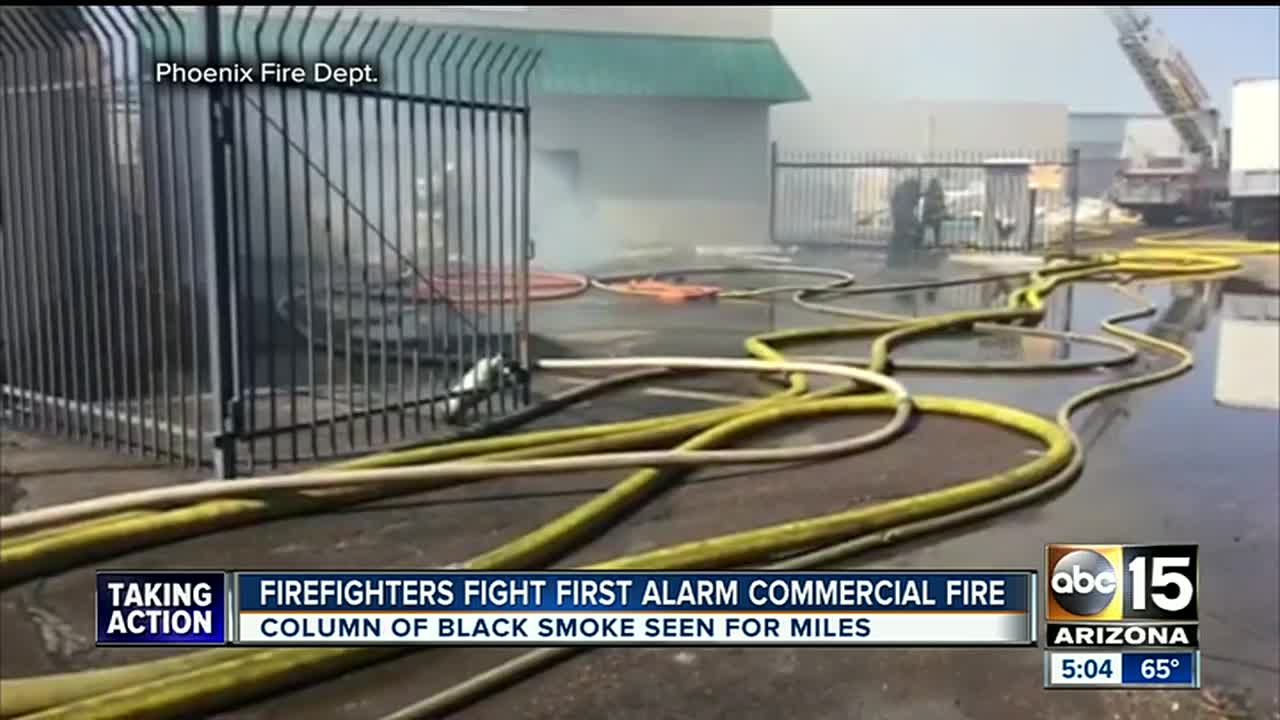 About 50 firefighters responded to a warehouse fire in the West Valley on Saturday morning.

According to the Phoenix Fire Department, crews were called out to a cabinetry and mattress business near 39th Avenue and Indian School Road after receiving 911 calls of black smoke in the air.

Crews arrived shortly after 11 a.m. and fought the flames defensively. The fire did not spread to nearby businesses.

No injuries occurred to any firefighters or citizens.

It's not clear if the business was in operation at the time of the fire.