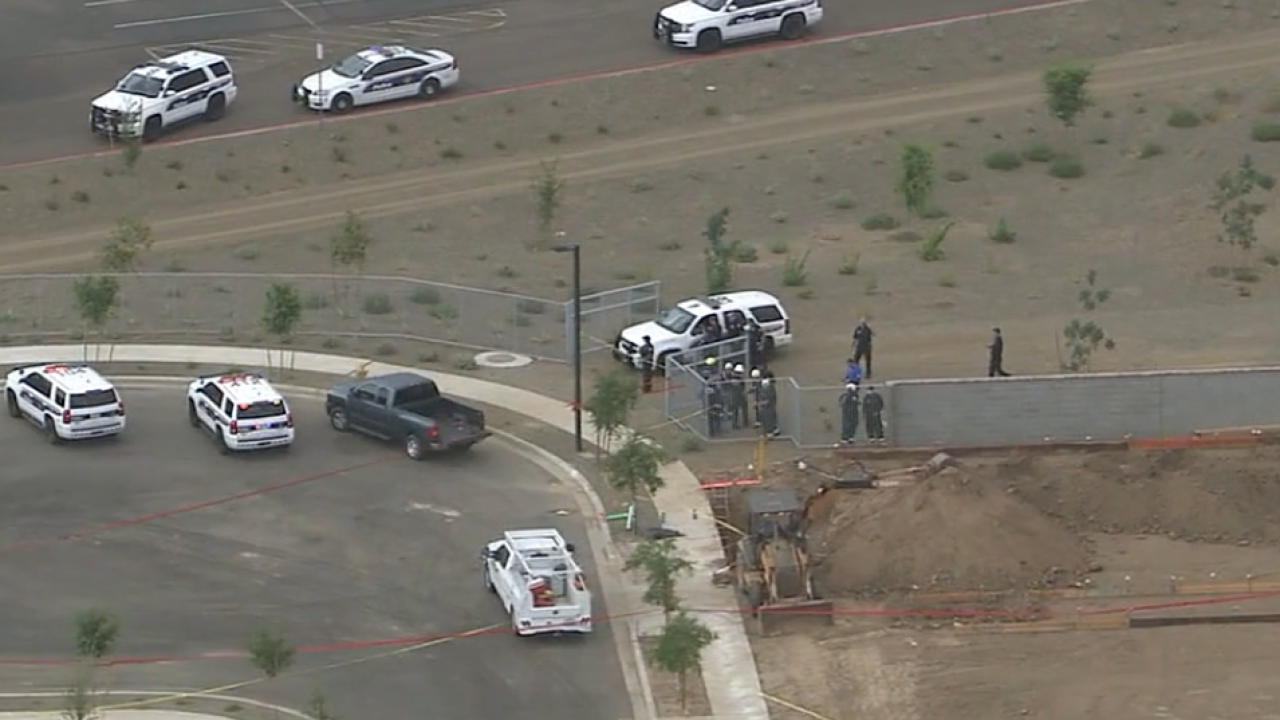 PHOENIX — Authorities have named the two workers killed in a trench collapse in west Phoenix Thursday.

Technical rescue teams were called to a housing construction site near 107th and Missouri avenues for a body recovery mission after the trench collapsed..

It happened as a construction project was underway.

The Phoenix Police Department and Arizona Division of Occupational Safety and Health (ADOSH) are investigating.