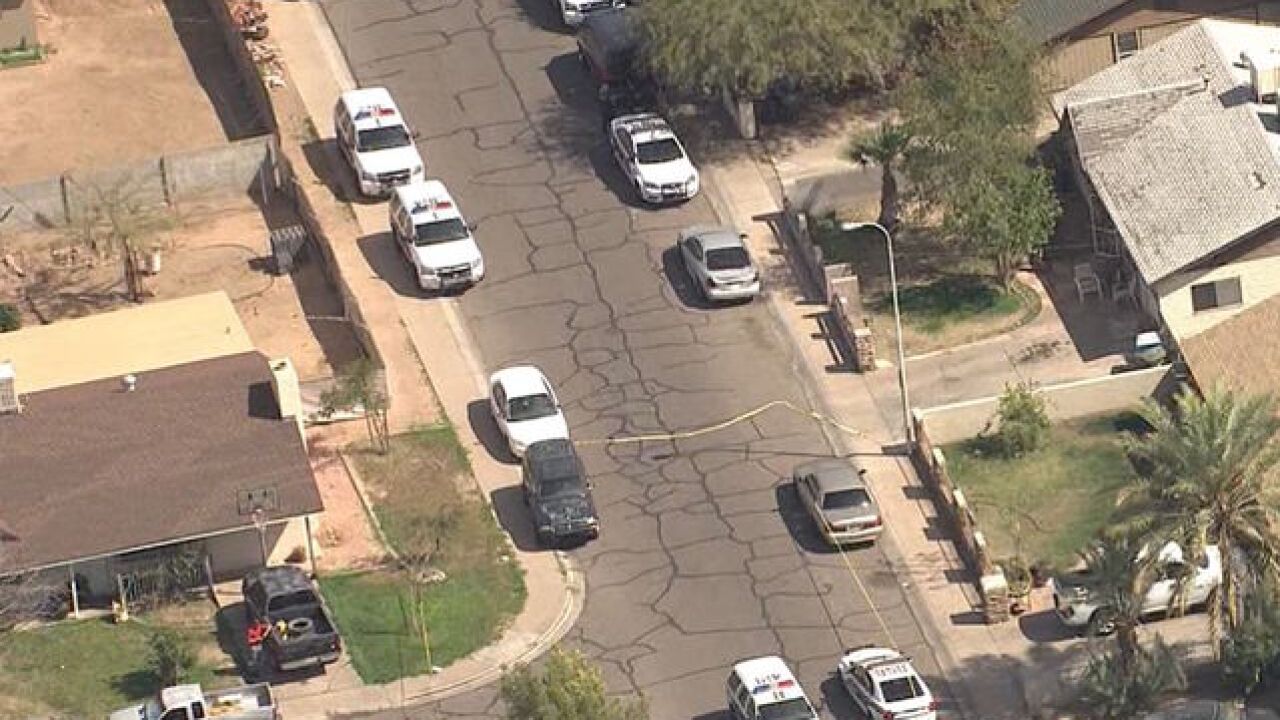 Police were called to the area of 59th Avenue and Thomas Road around 1:15 p.m. Friday after receiving reports of a domestic violence incident between 27-year-old David Gardea and a woman.

Police say Gardea pointed a gun at officers after they arrived and exited their vehicle.

No officers were injured during the incident, authorities said. Detectives recovered a semi-automatic handgun at the scene.

The shooting comes just two days after officers were involved in a shooting with an alleged carjacking suspect in the area of 33rd Avenue and Washington Street.