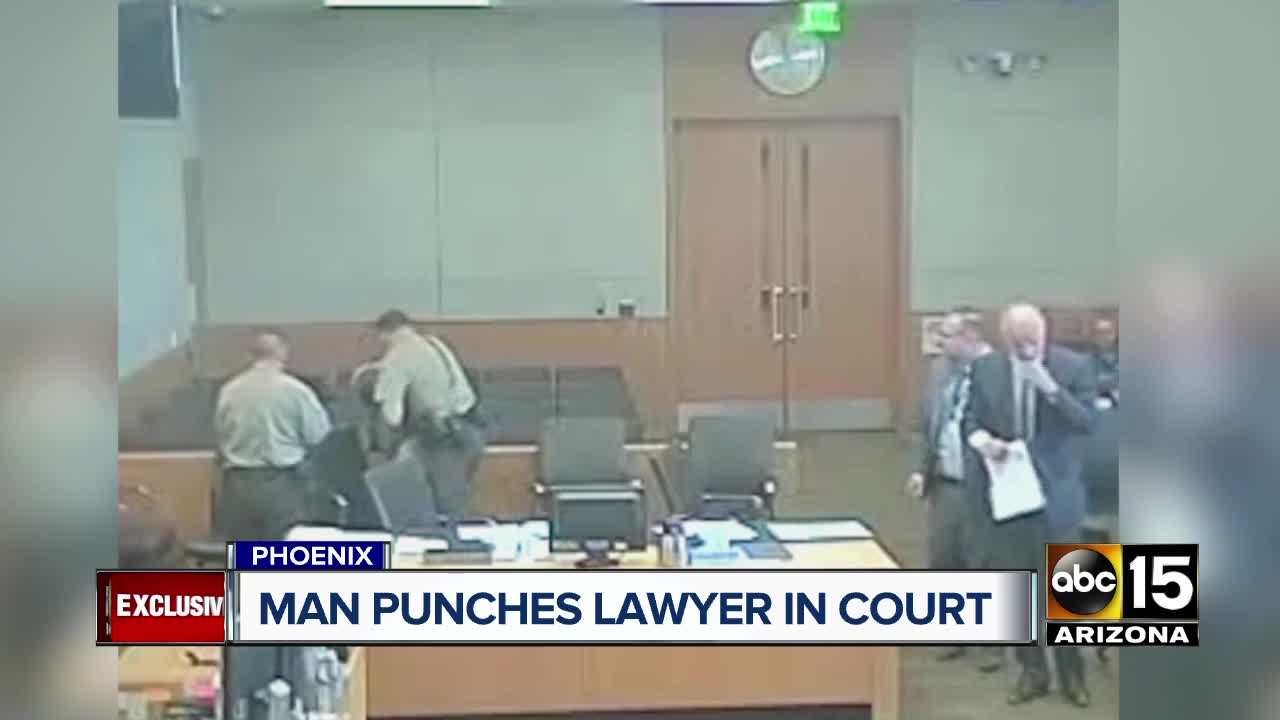 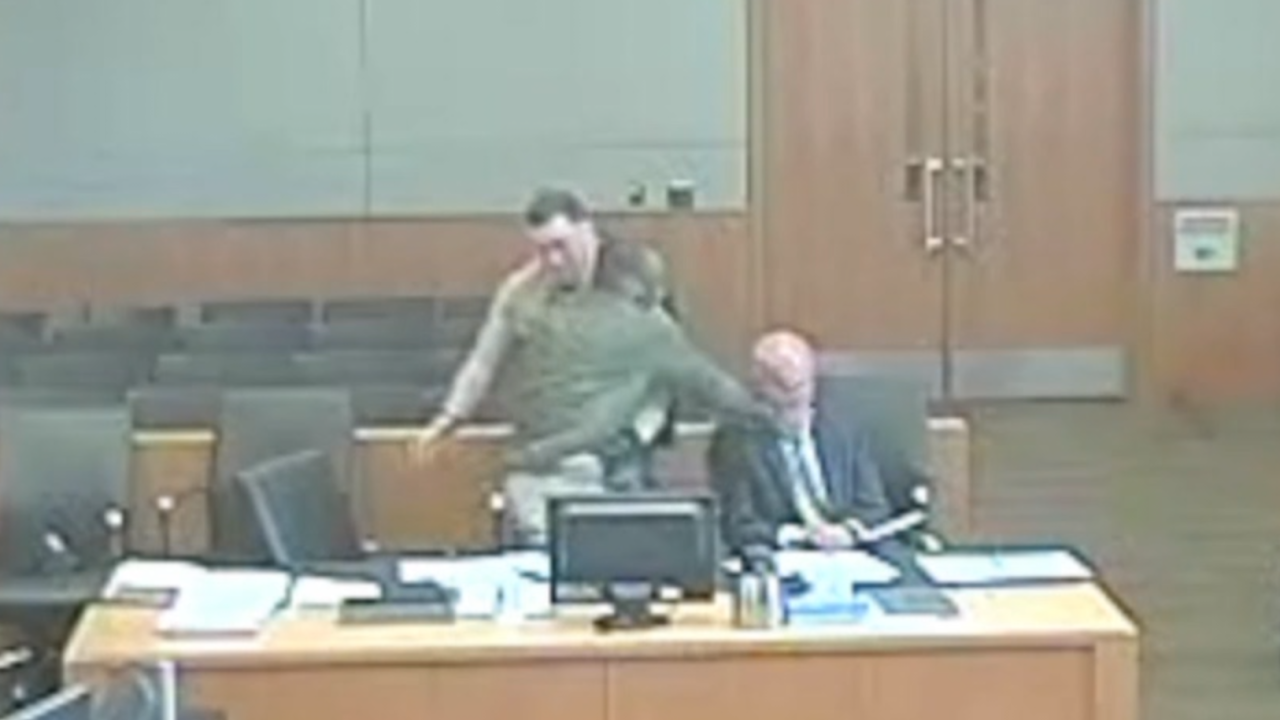 PHOENIX — It is a courtroom attack that was caught on camera, involving a man who was facing a trial for allegedly assaulting a Maricopa County corrections officer at the Fourth Avenue Jail.

This time, the suspect attacked his attorney.

Vladimir Gagic, who was a contract attorney for Maricopa County Public Defense Services, was assigned the case and is speaking out now saying he was treated poorly by staff at the office of public defense services after the incident.

The incident involving the corrections officer took place in 2016. Court documents state officers were trying to remove Payne from his cell, but he made it difficult by trying to conceal the windows and putting soapy water on the ground. When corrections officers entered his cell to remove him, court documents state Payne got on the ground and bit an officer in the ankle, causing a laceration.

Gagic was appointed to represent Payne and had spent a lot of time working to prepare for the trial when he was attacked in 2018 on the first day of jury selection. Gagic said there were many potential jurors in the courtroom at the time.

"I've been doing this for over 20 years now, and never once did it cross my mind, not even an iota of concern there that something like this could happen to me," said Gagic.

Court documents also indicate that Payne had a history of firing his attorneys and being disruptive in court. In this case, Payne wanted to let the judge know he was not happy with his attorney.

In the video, you see him trying to get Gagic's attention a couple of times. He knocks on the desk at one point, while Gagic is looking at the judge. Gagic seems to ignore him. At another point, Payne raises his hand to get the judge's attention, only to get a warning.

"If you continue to have outbursts, I'm going to have to remove you from the courtroom," the judge warns Payne.

When Payne keeps talking, the judge asks deputies to remove him from the courtroom.

As Payne is gathering his papers, Gagic is not paying any attention to him. Then Payne turns and suddenly punches Gagic in the face.

The lawyer suffered a nose bleed, but he told ABC15 what hurt more than that punch was how he felt he had been treated by the office of public defense services.

"I find out a couple of months later, a month later, that they suspended me from the contract. They never told me why; it's because they're cowards," said Gagic.

He said they also asked him to return the $1,000 they had paid him to represent Payne, but he was able to get them to pay for the hours he had already put into the case to prepare for trial.

ABC15 reached out to Maricopa County officials to find out why Gagic had been "suspended" from working as a contract attorney for the county.

In a statement, a spokesperson writes:

Gagic doesn't buy that explanation, saying he questions the timing of this action, and now plans to sue the county.

"What message are they giving to all the attorneys? That we are disposable, even less than disposable to that office," said Gagic.

According to county officials, Maricopa County has approximately 334 staff indigent defense attorneys, and about 240 of those are at the Public Defender. The caseloads vary for the different public defense services based on the type of case. For example, attorneys at Public Defender deal with high-volume courts all the way to capital cases. That one office handled 56,887 cases last year.

Payment of $1,000 is a standard rate for low-level felony cases that generally result in a plea deal. If cases are designated complex by the court, high-level felony, or proceed to trial, the pay rate is $77 an hour. Capital cases require specialized training and two attorneys. The pay rate for contract counsel first chair is $146 an hour.

Court documents state Payne is no longer allowed to attend court hearings and will have to attend them remotely.