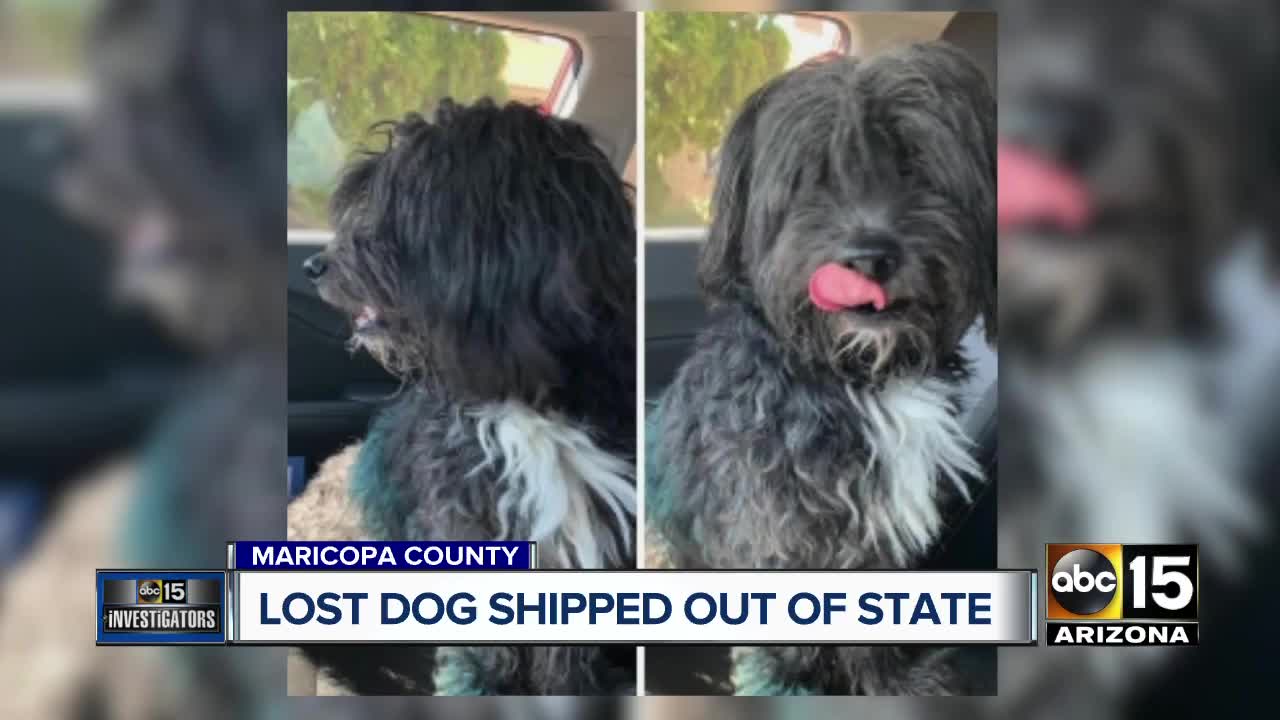 A Valley family who was not aware of how the county shelter operates has had a frustrating experience to get their dog back home. PHOENIX, AZ — Three days. That is how long Maricopa County will hold a lost or stray dog before making them available to the general public or rescue for adoption.

For one Valley family who was not aware of how the county shelter operates, it's been a frustrating experience to get their dog back home.

Roscoe, a 3-year-old poodle, escaped out of a side gate with a loose wooden slat, said Brittney Garcia, Roscoe's owner.

"We barely moved into this house, and I did not know the sideboards to the side fence where he got out were loose," said Garcia.

As soon as the family noticed Roscoe was missing, Garcia said they got in their car and drove around their neighborhood for hours searching for him. The family returned home and made flyers, and posted them all around the neighborhood and on social media.

Garcia says it was devastating for their family, especially their 9-year-old son, Kym, who was very attached to Roscoe.

"I feel like I just lost my best friend," said Kym, as he broke down sobbing.

About three days later, Garcia said she got a text from a woman who had seen her flyers and said the dog had been taken to the Maricopa County animal shelter. A friendly stranger had found Roscoe walking six miles away from his Tolleson home in his old neighborhood and brought him to the shelter.

Garcia said she did not think to call the animal shelter right away as Roscoe had a tag with their phone number on it, but when she heard that Roscoe might be at the shelter, she reached out to the facility immediately.

That is when Garcia was told her dog had been handed over to a rescue. Garcia says staff would not tell her which rescue it was and told her to fill out a public records request for that information. Garcia says she showed up first thing the next day to fill out the form.

"The lady kept saying to me, 'it's not your dog anymore', just making side comments like, 'the dog is no longer yours'. It made me very upset," said Garcia.

Garcia says she was told the records request could take more than 10 days to process, as the person who worked on those requests was going on vacation and there was no timeline as to when she could get that information.

ABC15 reached out to Maricopa County Animal Care and Control to find out how this could be resolved.

"By law, we have to hold a lost or stray animal for 72 hours to give people a chance to find that animal," said shelter spokesman Jose Santiago.

ABC15 got a tip from a source that Roscoe had been shipped out to Santa Barbara, California, in a county transport van. Santiago confirmed the information and said the shelter was trying to reach out to Garcia to help her get her dog back.

"We processed that public records request immediately. We then took the measures we needed, even going above and beyond by contacting the other rescue ourselves and letting them know that this is what's going on," said Santiago.

Santiago called this a tragic story and said he hoped it would serve as a wake-up call to those who lost their dogs.

"We should be your first phone call if you lose your dog. Us and your local shelters as well. Also, this dog had no tag, was not licensed, and had no microchip. If we had found a microchip, we would have located the owner right away and driven the dog home to them. We would not be sitting here with you and having this conversation," said Santiago.

Garcia said she had learned a tough lesson through this experience.

"I had no idea after 72 hours they'll just ship your dog out or give them away," said Garcia.

She drove down to Maricopa County Thursday and paid for a license, and plans to have the dog microchipped. She said she would happily pay the fees to adopt Roscoe back.

Animal advocates say one out of every three dogs will get lost at least once in their lifetime and microchipping is the best way to ensure your dog ends up back at home with you. Tags can get snagged in fences or bushes and fall off. So, experts say tags should not be relied upon as the only way of communication with you if your dog becomes lost.

The Maricopa County animal shelter takes in about 40 to 50 lost and stray dogs daily and even more in the summer months.

If you have a lost pet, go to the Maricopa County Animal Care and Control website.