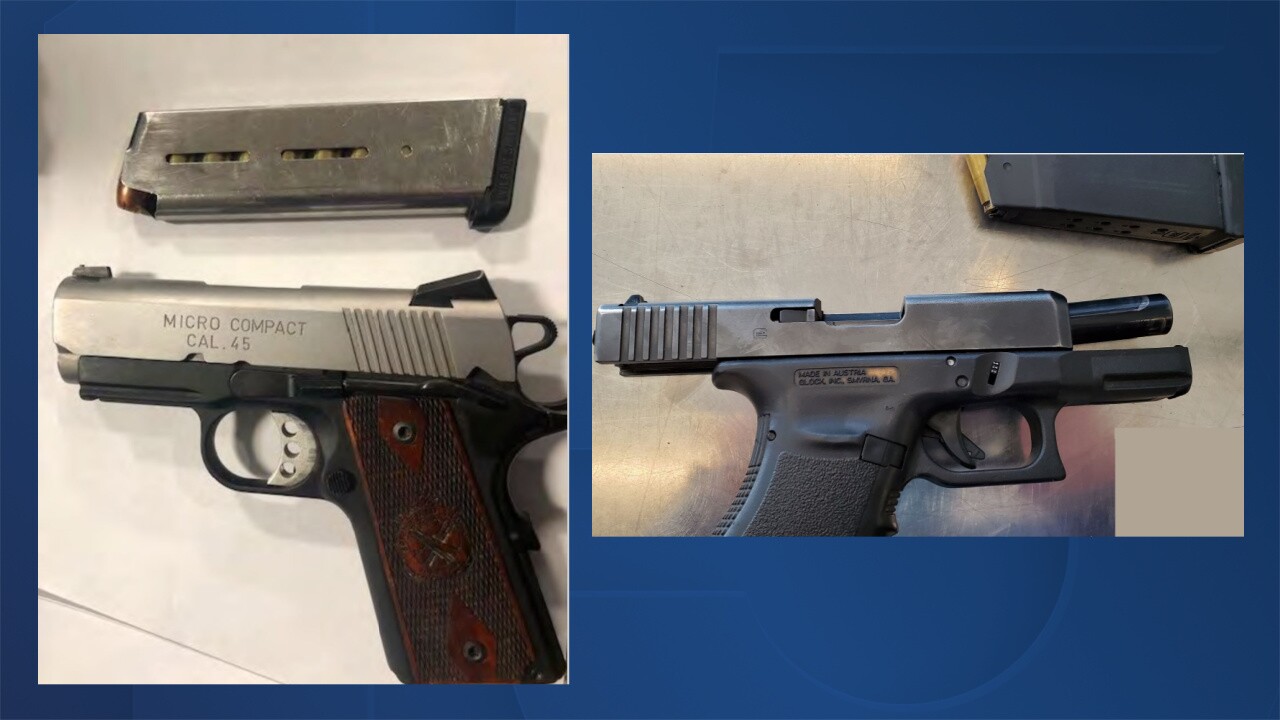 In a press release from TSA, they say during the routine X-ray screening at the security checkpoint, TSA officers discovered the first weapon at around 8 a.m. on a traveler with a ticket to Mitchell International Airport in Milwaukee. Officers say the traveler had a with a Smith & Wesson Merkel compact handgun that was loaded with seven rounds of ammunition in their carry-on luggage.

The second traveler with a weapon was discovered at around 5 p.m. with a 10 mm Glock 29 pistol that was loaded with ten rounds of ammunition headed to Page Municipal Airport in Page, Arizona.

The Phoenix Police Department was notified for both incidents and responded to the security checkpoint.

Both firearms were given to non-travelers and were permitted to continue their flights, after being interviewed by officers.

TSA officials say there is no indication that the incidents are linked.

Both incidents will be reviewed by TSA, and a civil penalty will be given to each traveler, ranging from $2,050 to the statutory maximum of over $13,669.

Those who violate rules concerning traveling with firearms will have their Trusted Traveler status and TSA PreCheckTM expedited screening benefits revoked for a period of time along with the civil penalties.

There have been a total of 73 firearm finds at Phoenix Sky Harbor in 2020.

For more information on traveling legally with a firearm, visit TSA’s website.